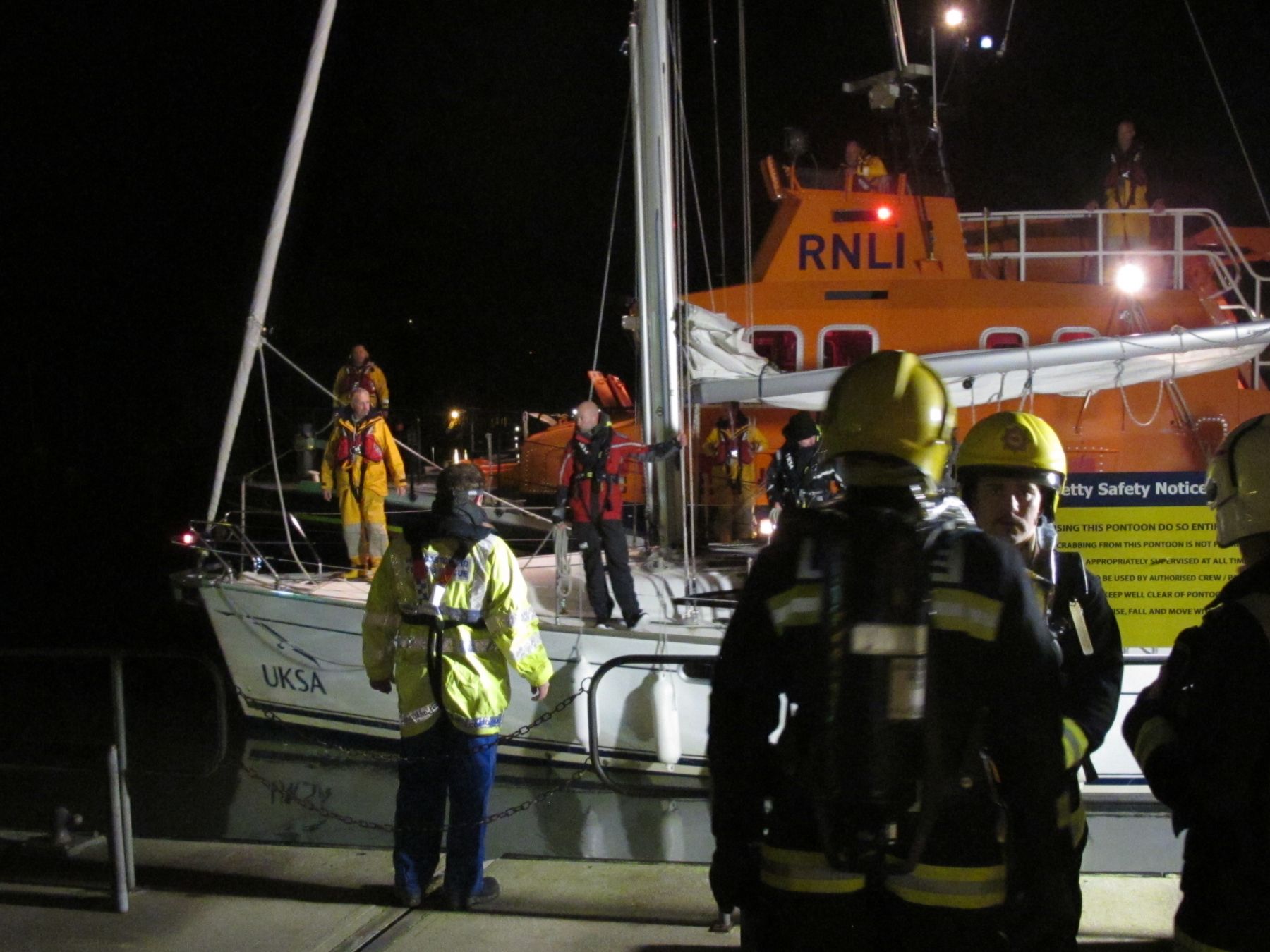 The 44 ft.UK Sailing Association yacht Avocet was on passage from Cowes to Dartmouth with five aboard. As she approached the Dart estuary steam and smoke came from the engine compartment. The engine was shut down and the extinguishers were activated. At the request of Falmouth Coastguard both Dart and Torbay lifeboats were launched. The Dart lifeboat put a crewman on board to confirm that there was no fire or excess heat and stood by until the Severn class all weather lifeboat from Torbay arrived. The Torbay lifeboat towed the yacht into Dartmouth and put her alongside the Town Quay. She was boarded by two fire crew from the Dartmouth Fire station who confirmed that there was no continuing problem. 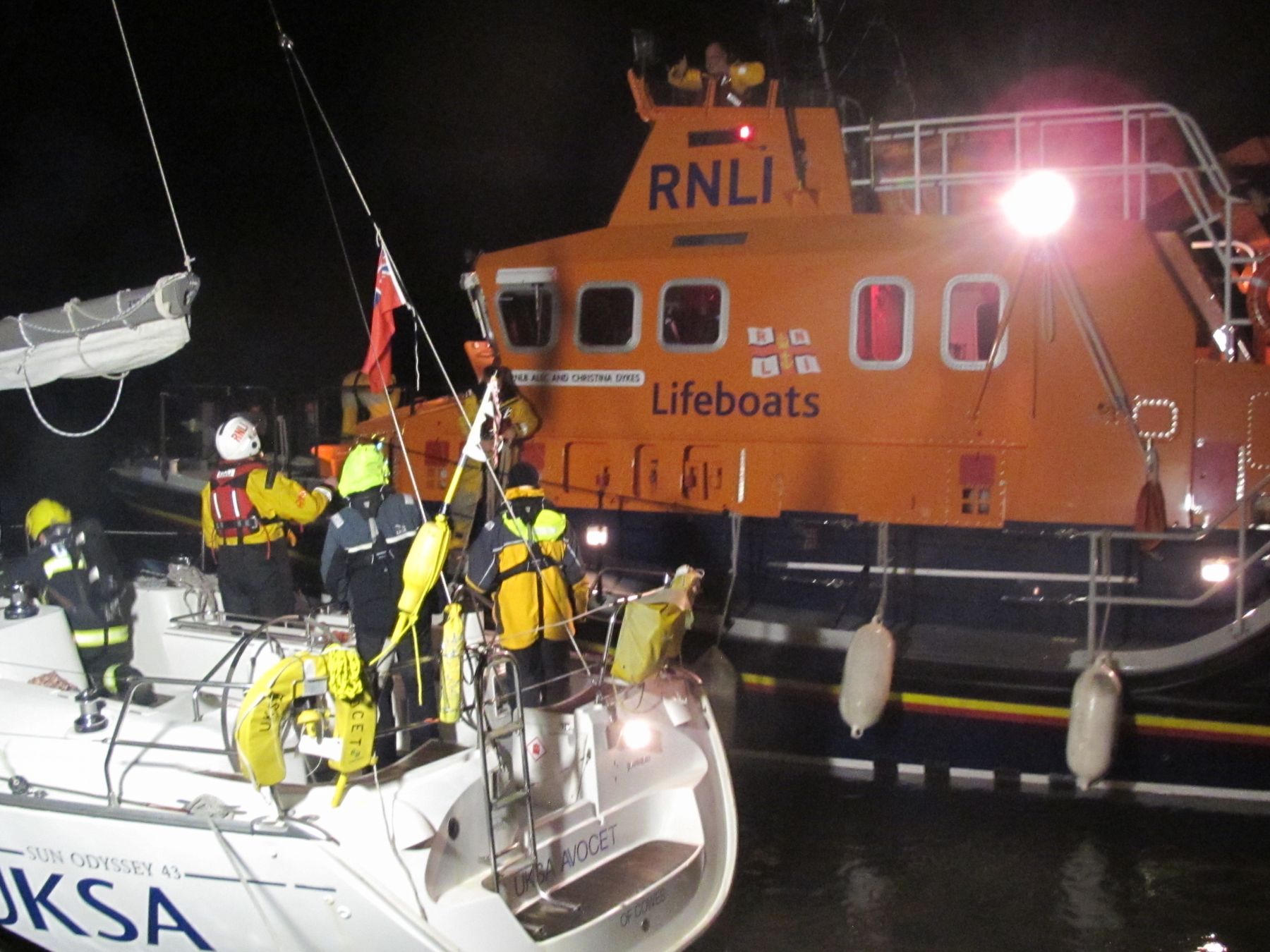