7m day fishing boat had smoke coming from the engine 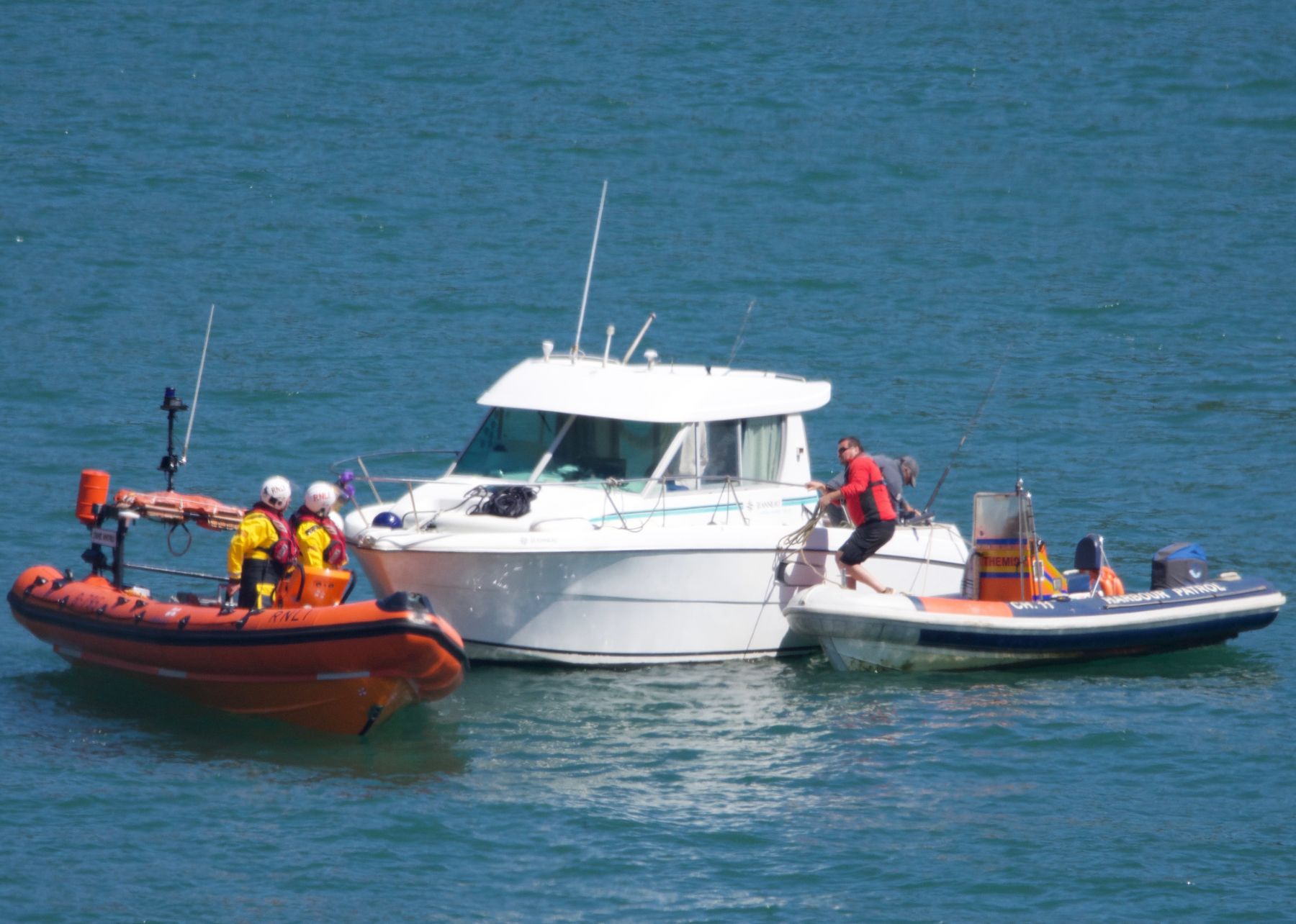 Photo: Andy Kyle
Motorboat handed over to Harbour Authority to tow ber back to her mooring

The RNLI Dart lifeboat crew for the day were still in the lifeboat station an hour after returning from their previous medevac callout as the lifeboat and the oxygen cylinder had to be cleaned in line  with Conovid-19 requirements and the first aid kit cleaned and replenished. The Coastguard then tasked them to attend a 7m boat with smoke coming from the engine with four onboard two miles east of Torcross . Once it was established that there had been no engine fire the boat was towed back to Dartmouth harbour where the Harbour Authority took over the tow and took them to their mooring.