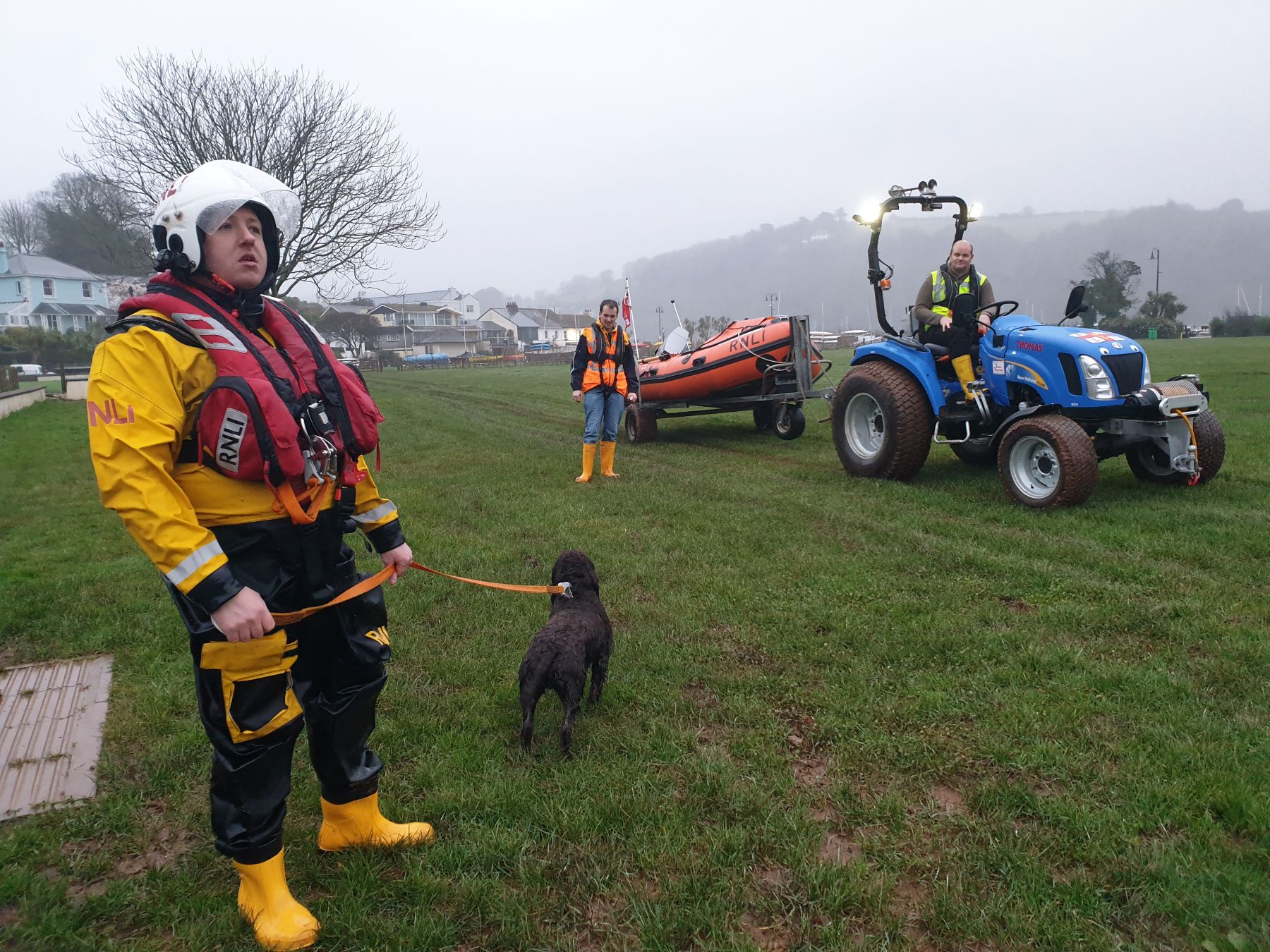 RNLI Dart D Class was tasked by the Coastguard to rescue a 2 year old Working Cocker Spaniel who had fallen into the water at Old Mill Creek and become trapped in an enclosed pool area. Initial reports were that the owner had gone in to try to rescue it. Once on site the crew coaxed the dog into the D-Class and brought it back to the lifeboat station where it was reunited with its grateful owner who had the sense not to go in after it. He was as wet as the dog after the reunion however! 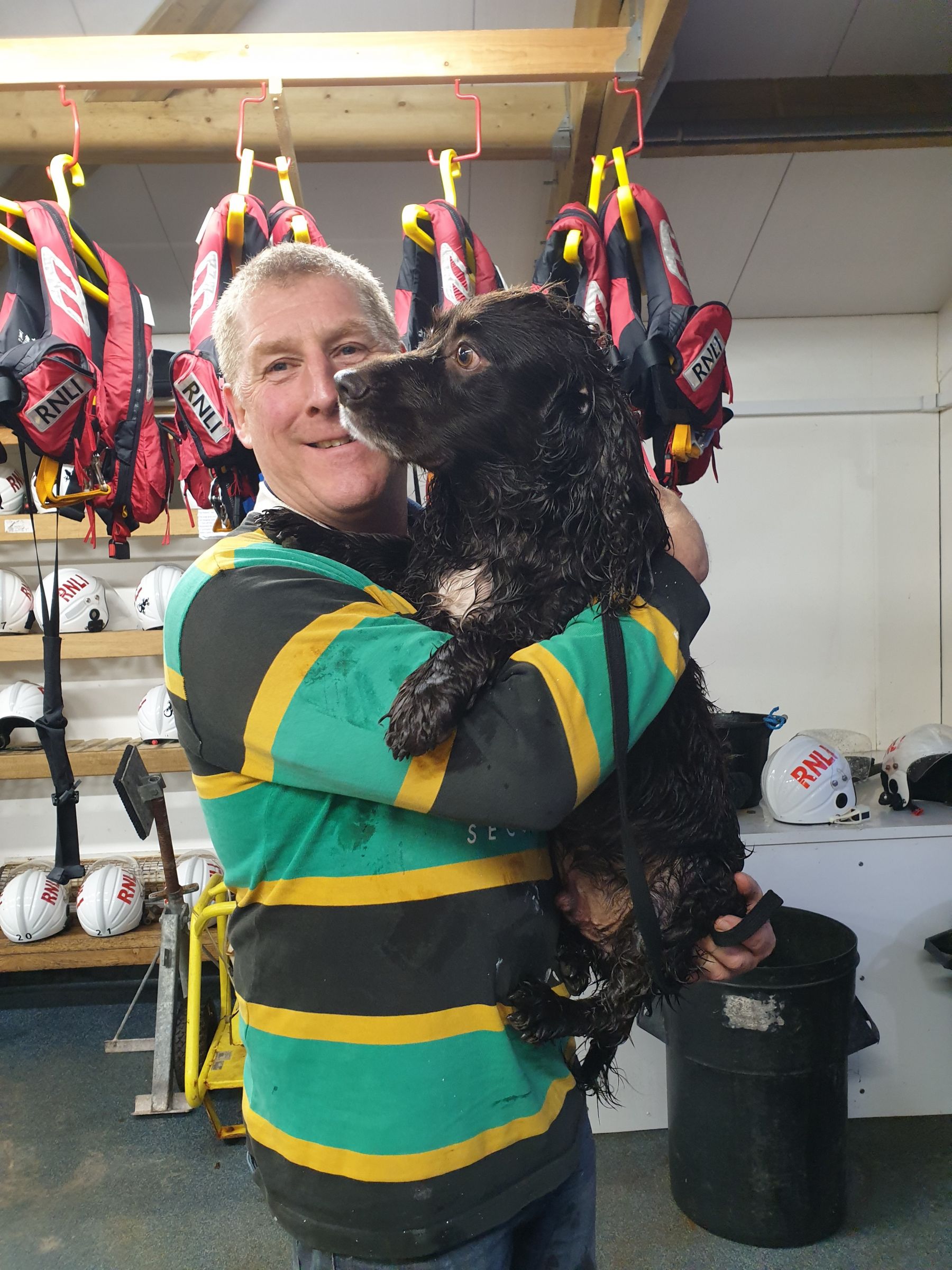 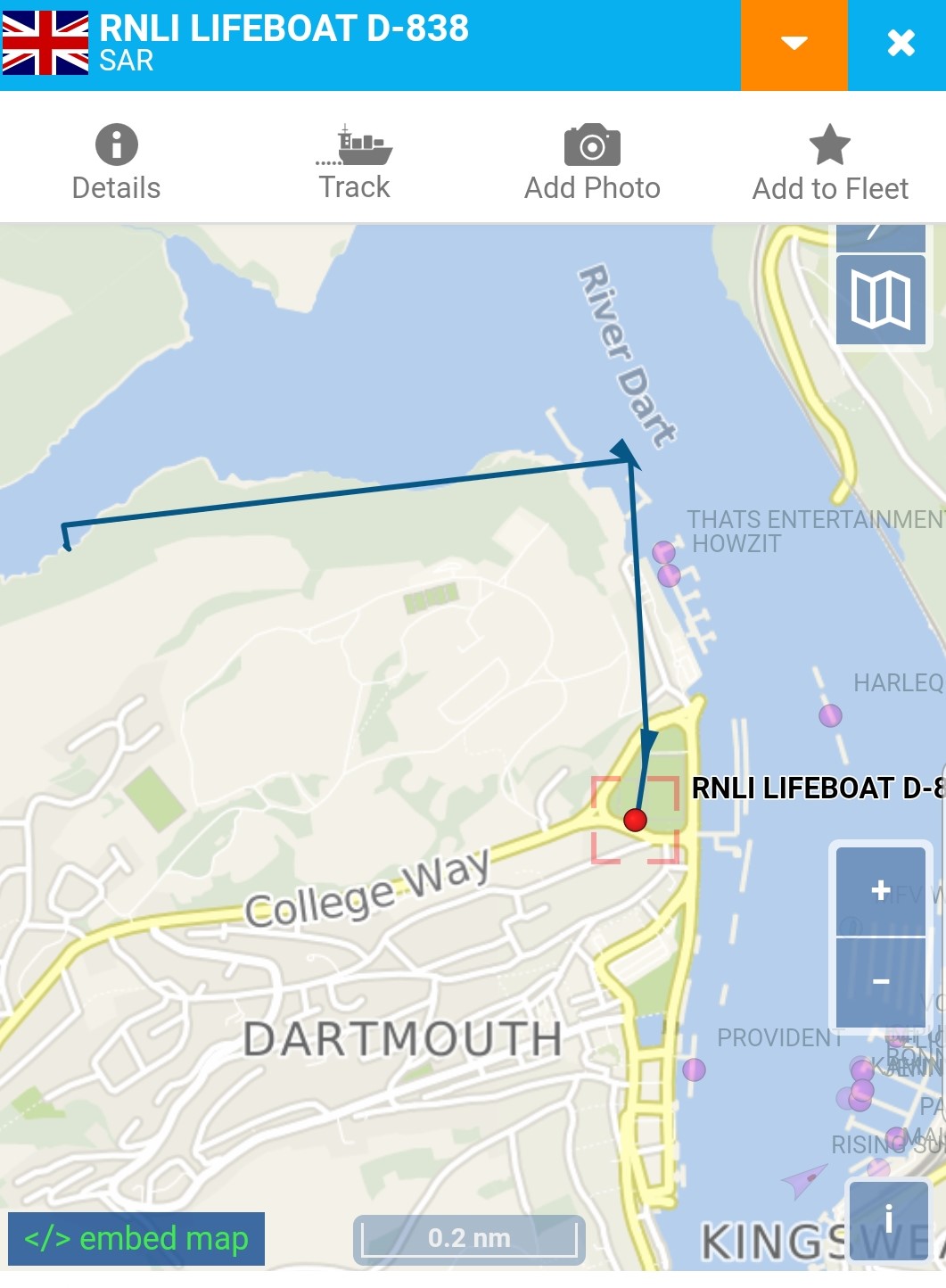