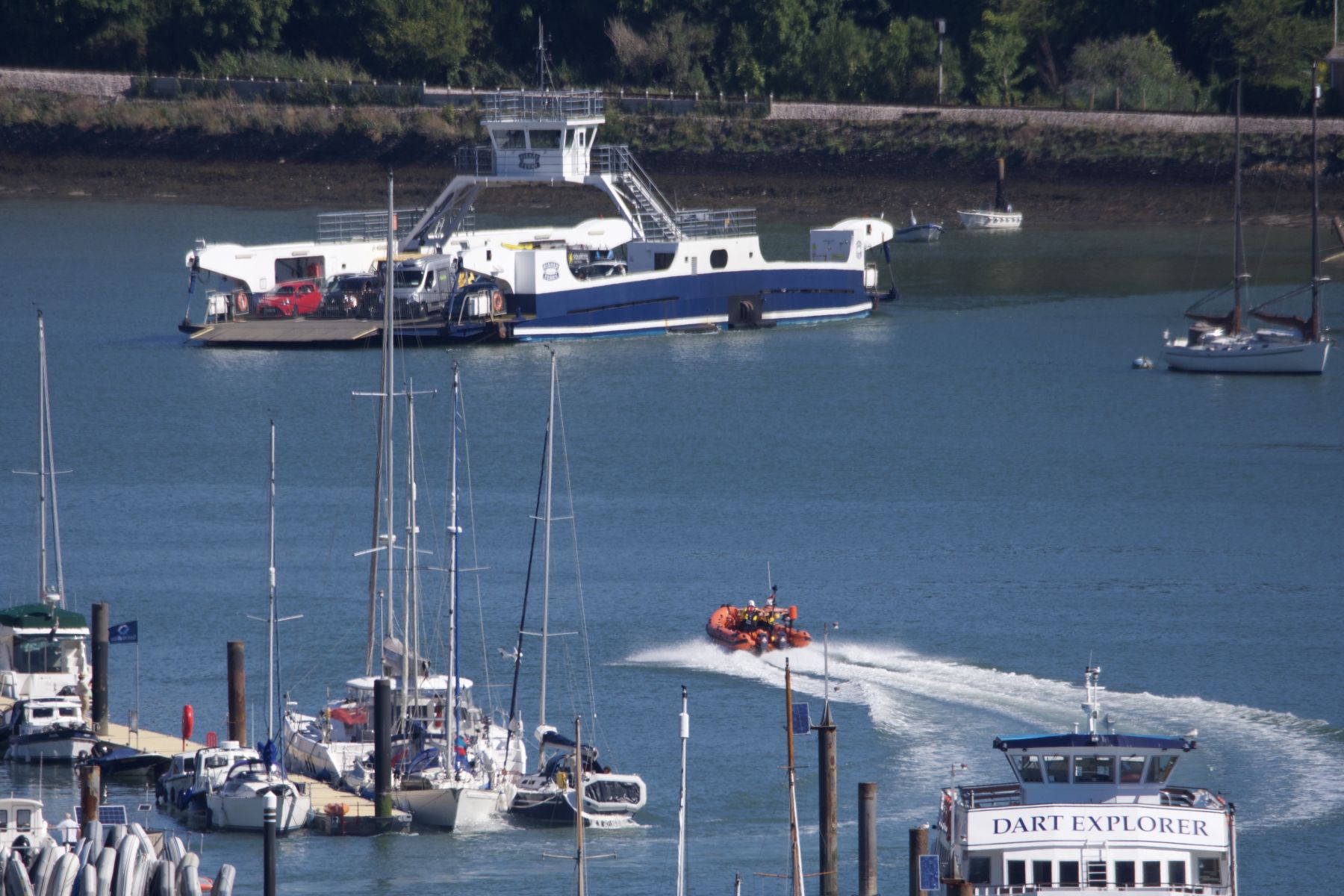 A busy couple of days here in Dartmouth where the Lifeboats were sent to assist an elderly Dutch yachtswoman who had fallen down inside the yacht and sustained a serious cut to her head. Both boats attended the scene to provide man-power to get her lifted off the yacht and into the Lifeboat where she was given initial treatment by the crew before being transferred to a waiting ambulance at Greenway Quay for transport to hospital. The D Class then went back to the yacht to pick up the woman's husband and take him to the ambulance to travel with his wife to hospital.