Kayaker rescued at Sandquay on his 75th Birthday 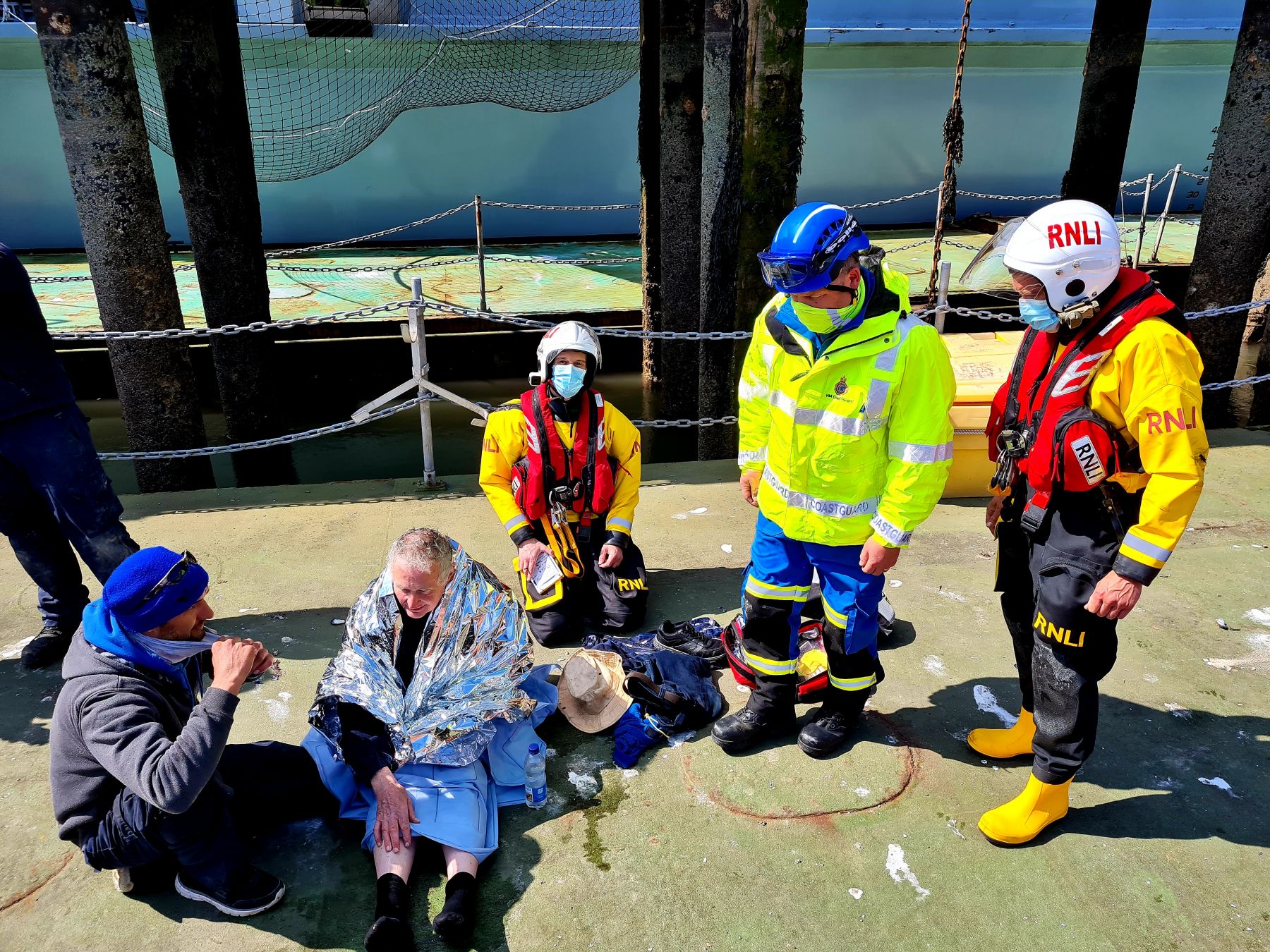 Two 75 year old kayakers from Warwickshire planned to paddle from Totnes to Dartmouth and back on Tuesday 27 April. As they passed Sandquay where the R N picket boats are moored the current swept one of them against the pontoon and he capsized. His cries for help were heard by the Babcock team who provide shore services for the Britannia Royal Naval College. One immediately raised the alarm and phoned the Coastguard. The Coastguard requested an immediate launch of the RNLI Dart D class lifeboat and she was on scene seven minutes later. Two of the Babcock team put a strop under his arms as they hung on to him as he was clutching the rope they had thrown him. They were able to lift him out of the water, remove some of his soaking clothes and provide him with a thermal blanket. The Dartmouth Coastguard team guided the second kayaker to safely land on the pontoon to join his friend.
On arrival the lifeboat team carried out an immediate Casualty assessment and passed him over to the care of the Paramedic on the West Country ambulance which had arrived two minutes after the lifeboat.
The casualty was taken by ambulance to Totnes hospital. What a way to spend your 75th birthday!
Captain Roger Readwin of the Britannia Royal Naval College would like to congratulate and thank all the first responders and especially to congratulate the Babcock Sandquay staff for their prompt actions which undoubtedly assured the safe recovery of the stricken kayaker. 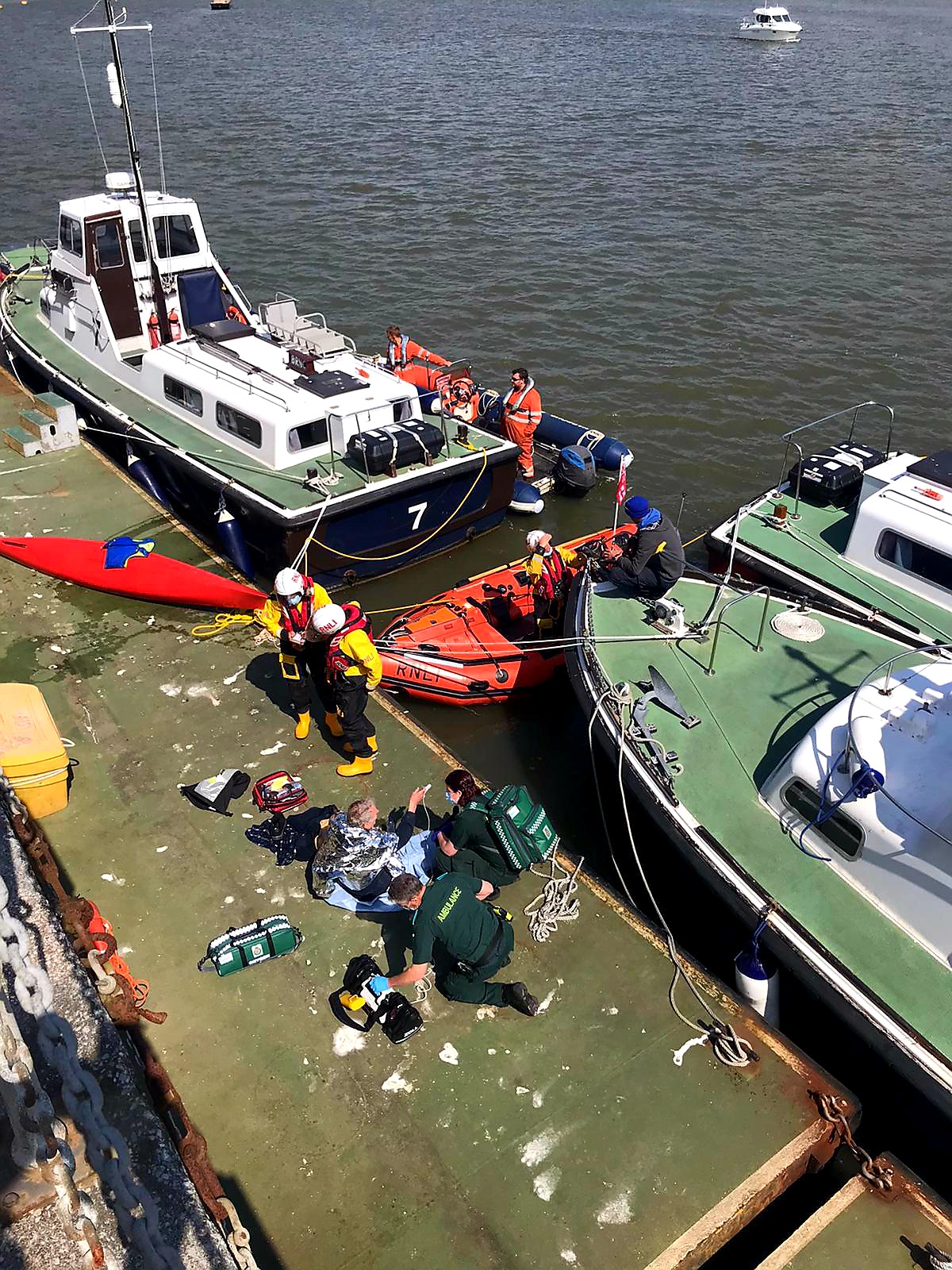 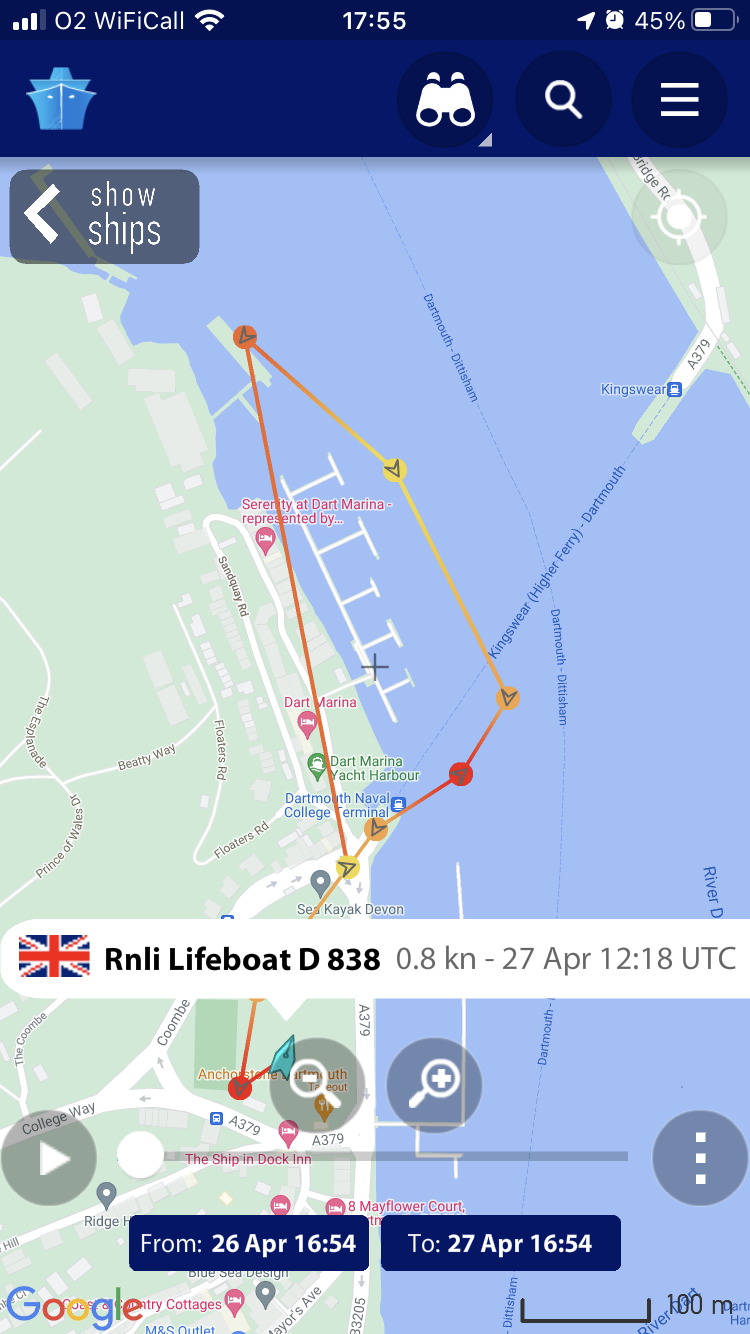 L 461 to kayaker in the water at Sandquay 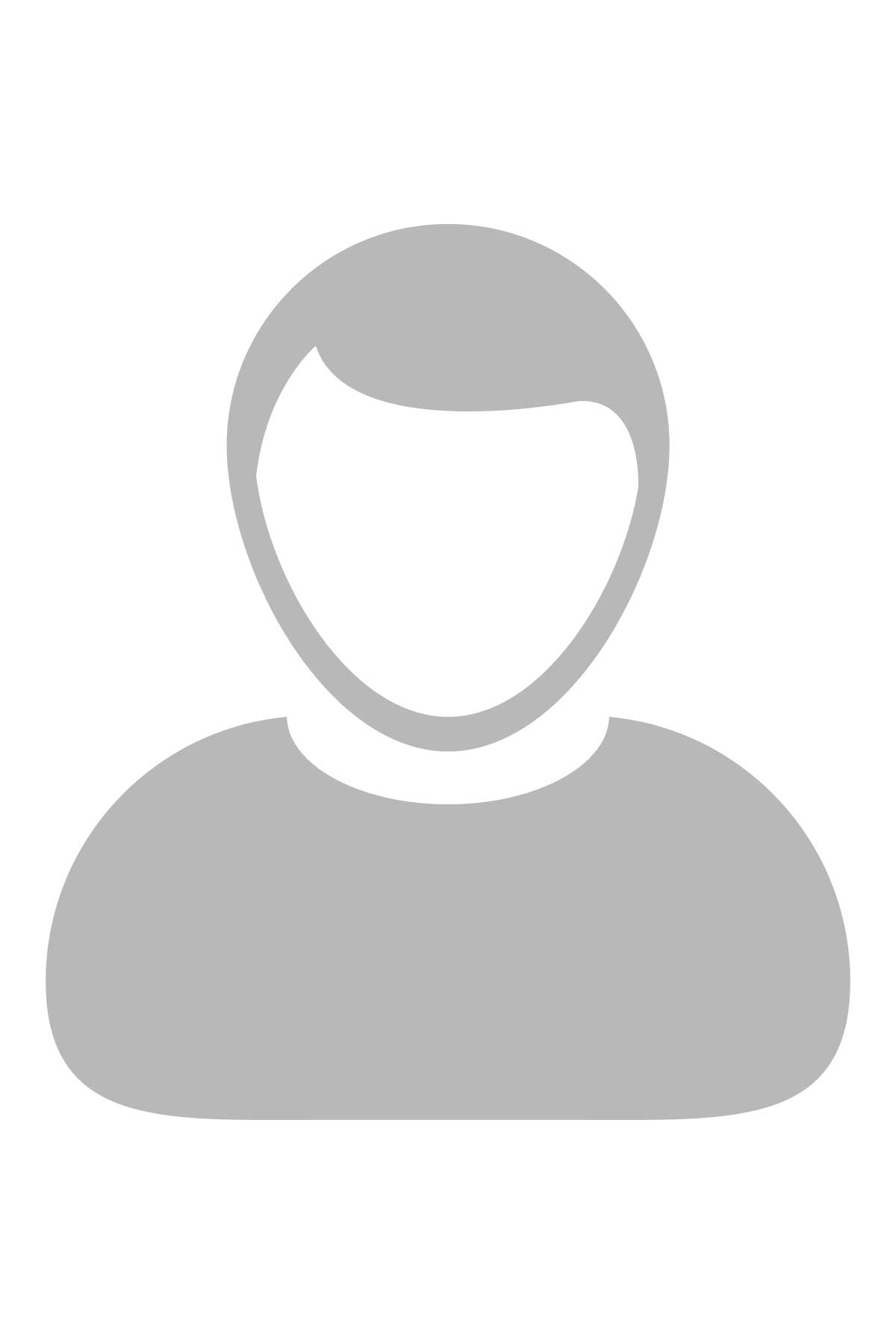