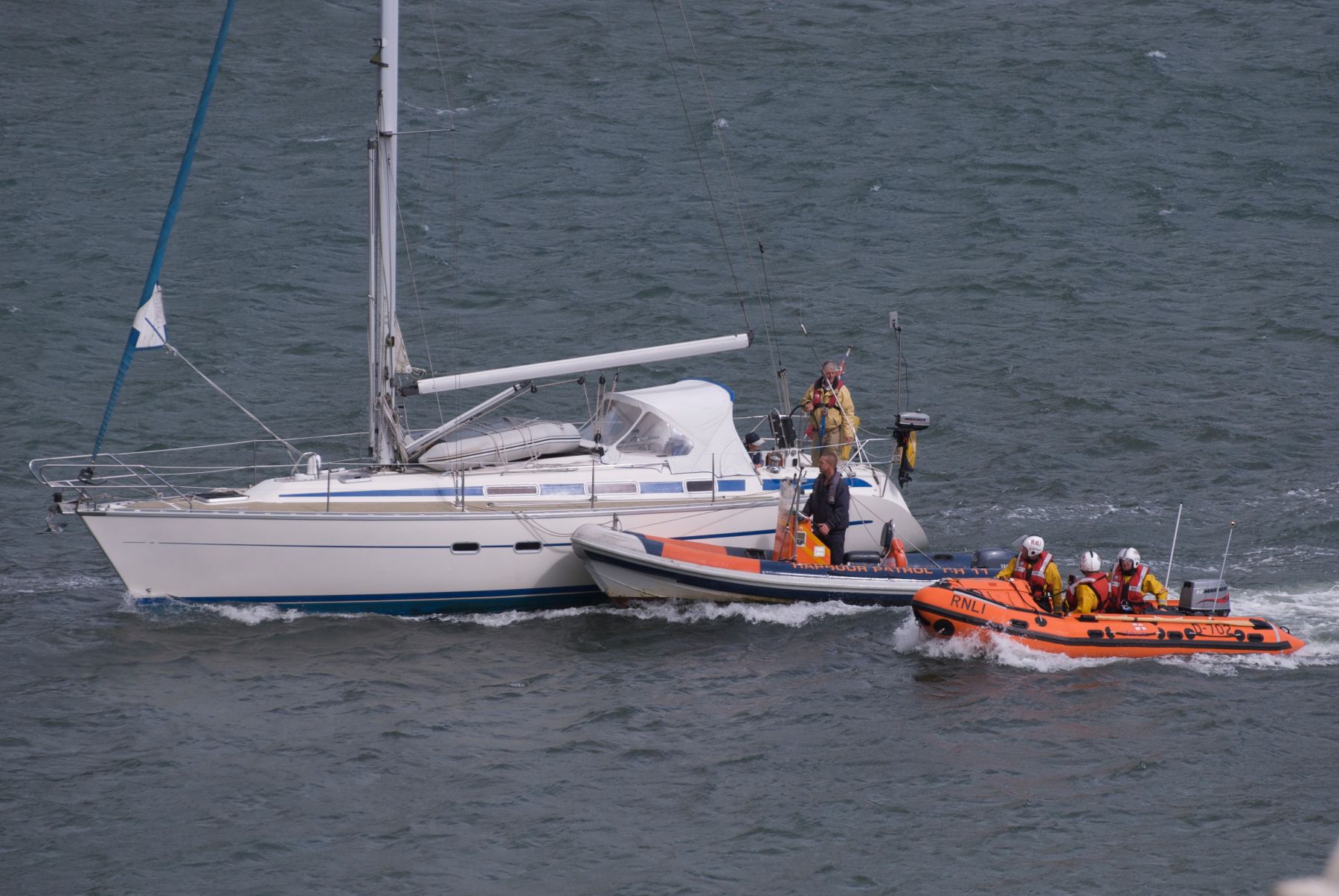 A Bavaria 35ft sailing boat with one man and a 3 year old child on board (both wearing lifejackets & harnesses) had a jib sheet round the propeller and was drifting towards rocks. The anchor had been deployed before a Mayday signal was sent out. A DHNA patrol craft responded to the call and the ILB was at the incident 2 minutes later. The DHNA vessel took the yacht in tow and ILB stood by. The yacht was returned to its mooring in Dartmouth. Crew: Tony Chapman (helm), Kevin John, Haydn Glanvill.