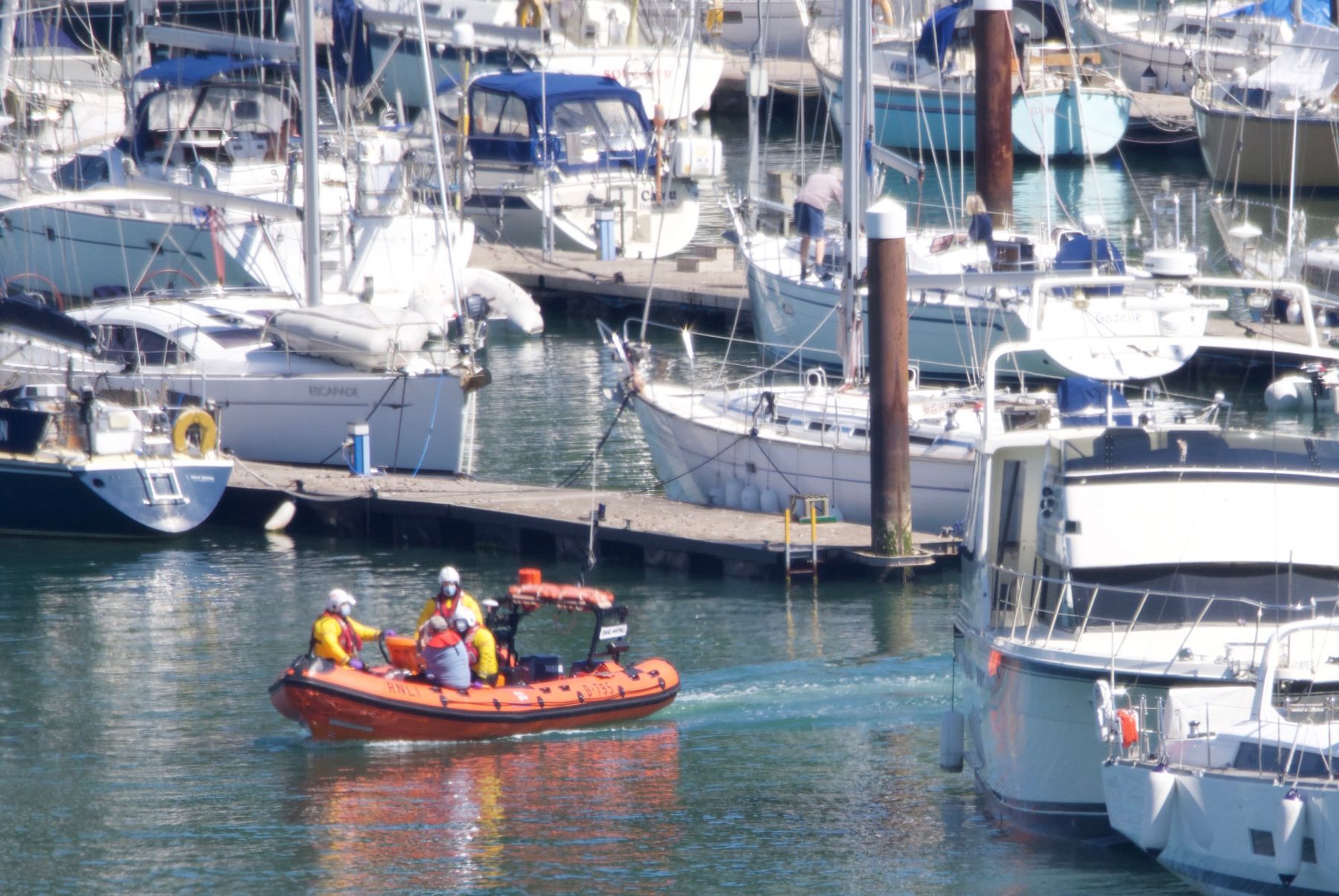 RNLI Dart Atlantic 75 lifeboat was tasked by the Coastguard to medevac a middle aged boatman urgently from the Kingswear pontoon where he had been attending to his boat. He was assessed and given appropriate Casualty care including Oxygen. He was then transferred to Darthaven marina where he was handed over to the care of the Ambulance service. This rescue was later officially assessed by the RNLI and classified as having assisted in saving a life. Two lives have now been saved by the Dart RNLI volunteers whilst on the B class lifeboat during its two year trial with he station.