Out of control car goes over cliff 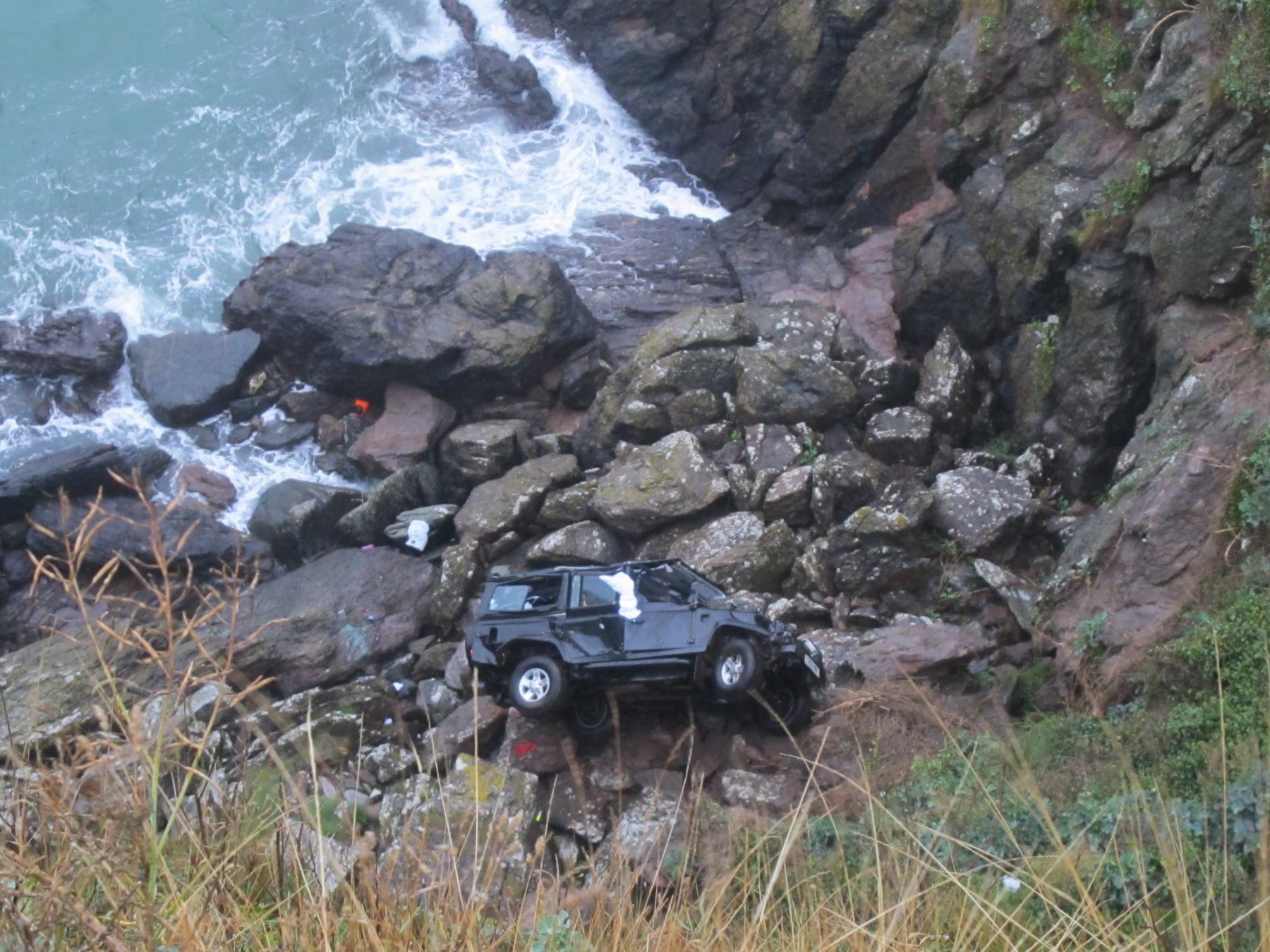 The Dart RNLI inshore lifeboat was tasked by the Coastguard following a report that a Landrover had gone backwards over the 70 metre (230 foot) cliff at Warren Cove, Little Dartmouth. Two holidaymakers had been fishing at Warren Point with their sons. They brought their vehicle to the cliff top and lost control on the steep slope on their return. The boys were not in the vehicle and the adults got out before the vehicle was lost over the cliff. The car came to rest on rocks some 50 feet above the water line. The lifeboat crew checked the scene from the water and, having been informed by the Police and Coastguard that no casualties were involved, returned to station. [The photograph of the vehicle was taken by a member of the Dartmouth Coastguard SAR team wearing a safety line over the cliff. It is not possible to see the vehicle from the cliff top and should not be attempted] 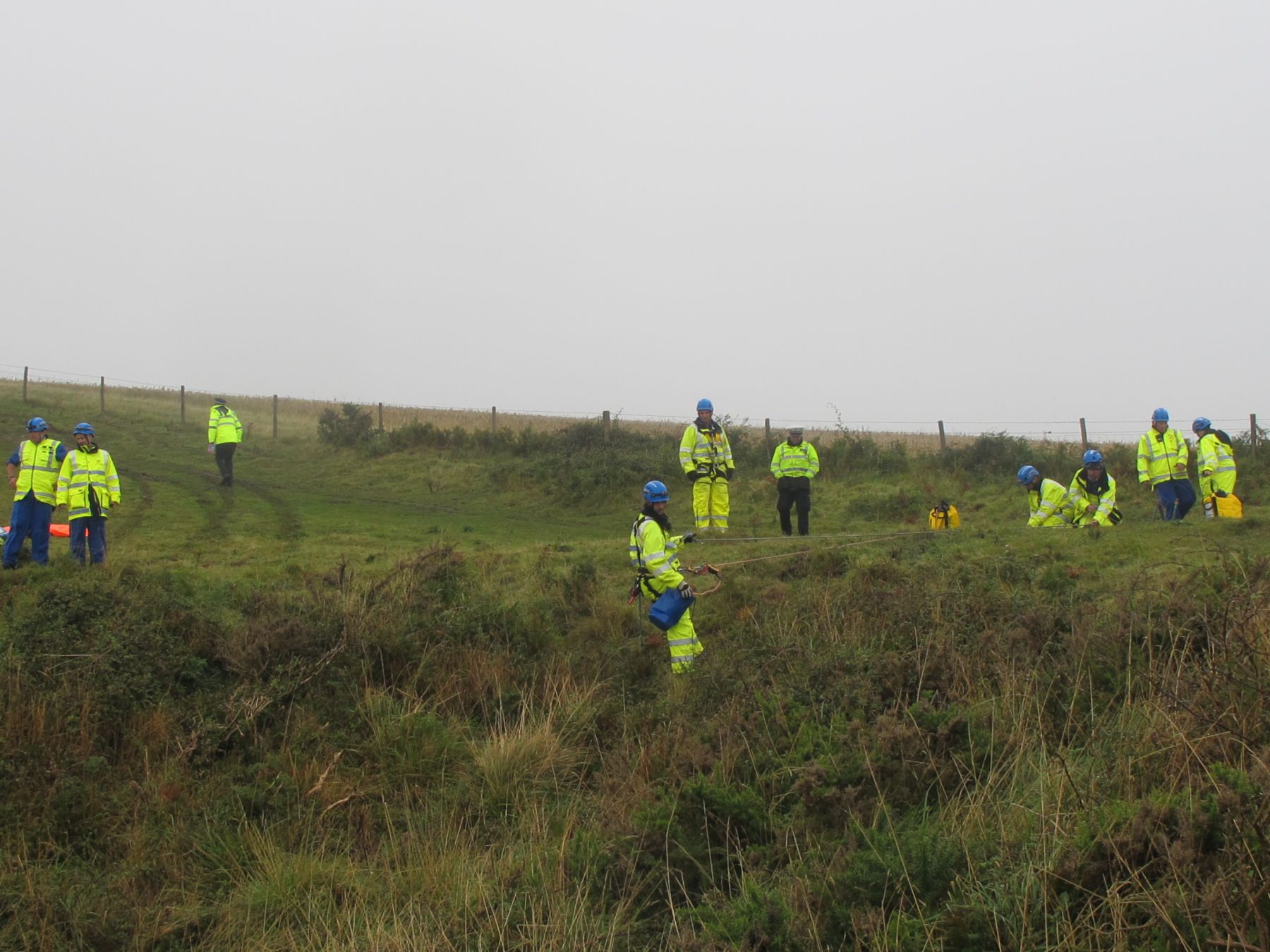