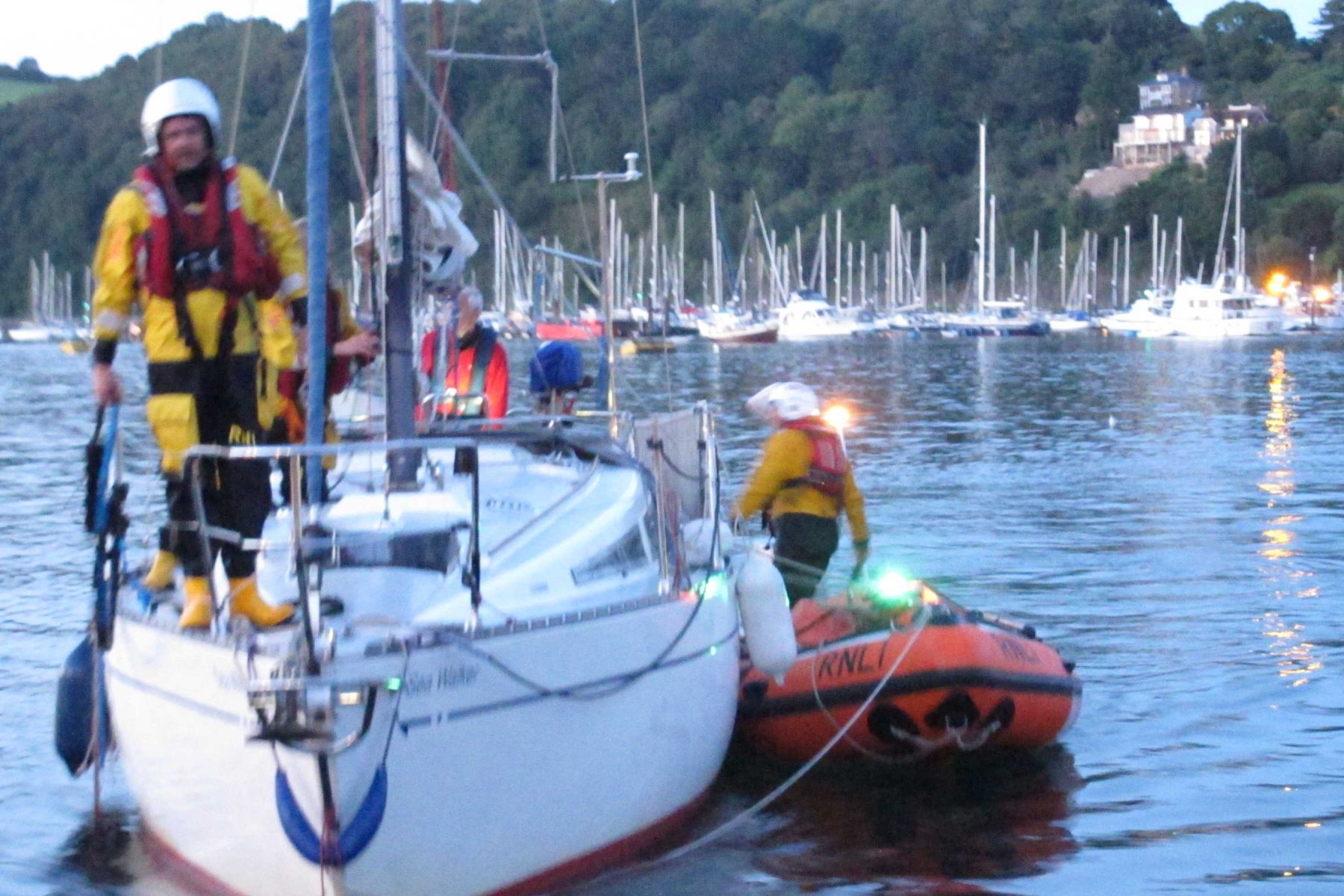 The owner of a 27ft yacht was making very little headway towardsÂ  Plymouth so decided to use his engine to clear Start Point. The engine became decoupled from the prop shaft. He contacted the Falmouth Coastguard who tasked the Dart inshore lifeboat which was on exercise

in the harbour mouth. The lifeboat crew asked the volunteers at Froward Point to direct them to the casualty vessel as they found no yacht in the reported position. Once the vessel had been identified she was taken in tow and left overnight at the Dartmouth Yacht Club pontoon.