Two children and their father rescued in their inflatable. 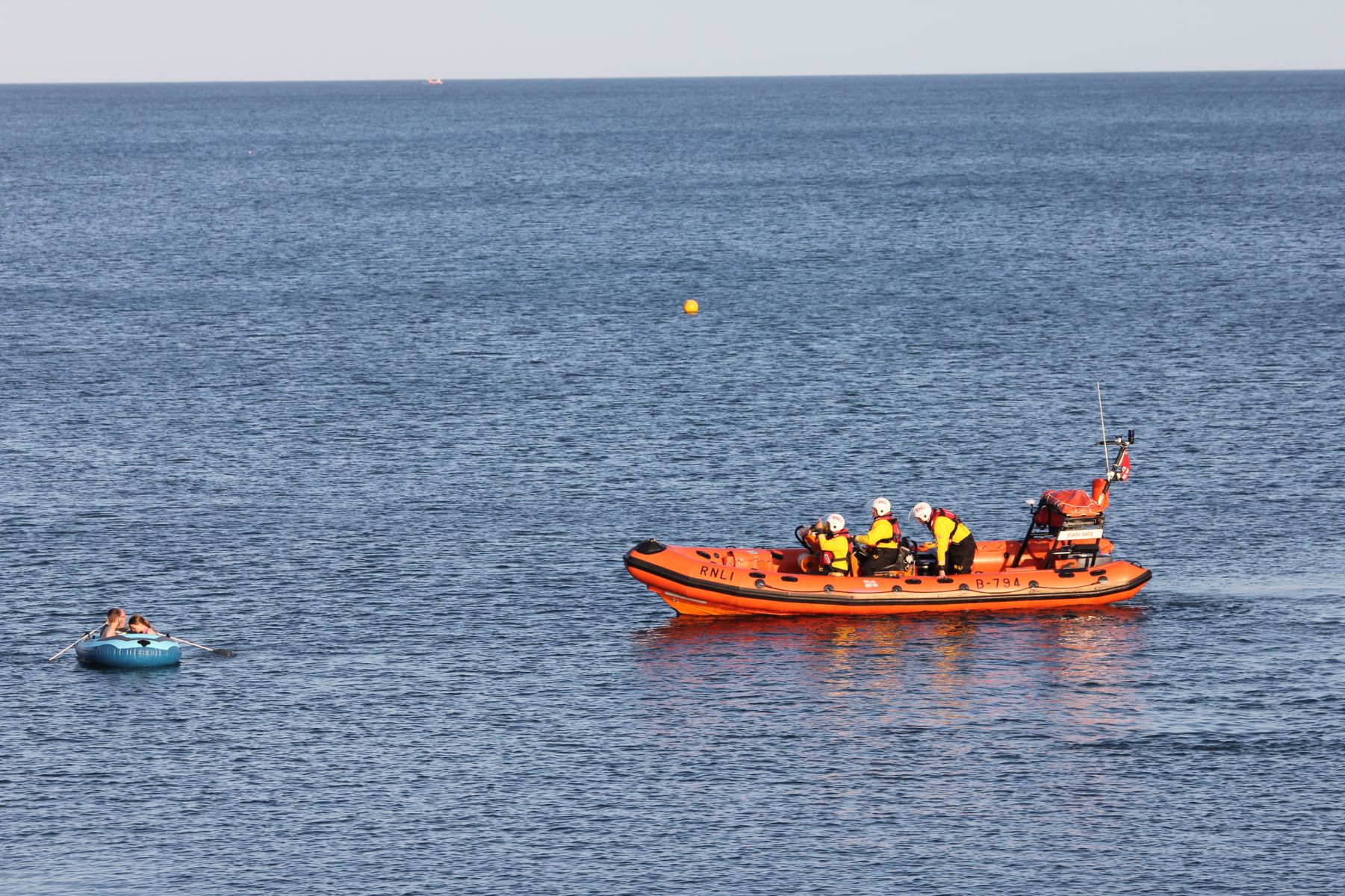 The RNLI Dart Atlantic 75 lifeboat was tasked to rescue two children and their father from an inflatable. Their mother watching from Blackpool Sands raised the alarm as she realised that they were having difficulty rowing back as the force 3 to 4 wind was blowing them offshore. The lifeboat went alongside and took them close to the beach where crewman Stuart Millard went in the water to help them ashore. Apart from being cold the family were uninjured. They were met on the beach by an RNLI Education volunteer and once they were warmed up he explained how the offshore wind can make the sea look flat and inviting. The family from Surrey were on the first day of their holiday and had not realised that RNLI lifeguards are on duty on Blackpool Sands, Thurlestone, Bigbury, Bantham and Hope Cove every day through the school holidays from 10am to 6pm.