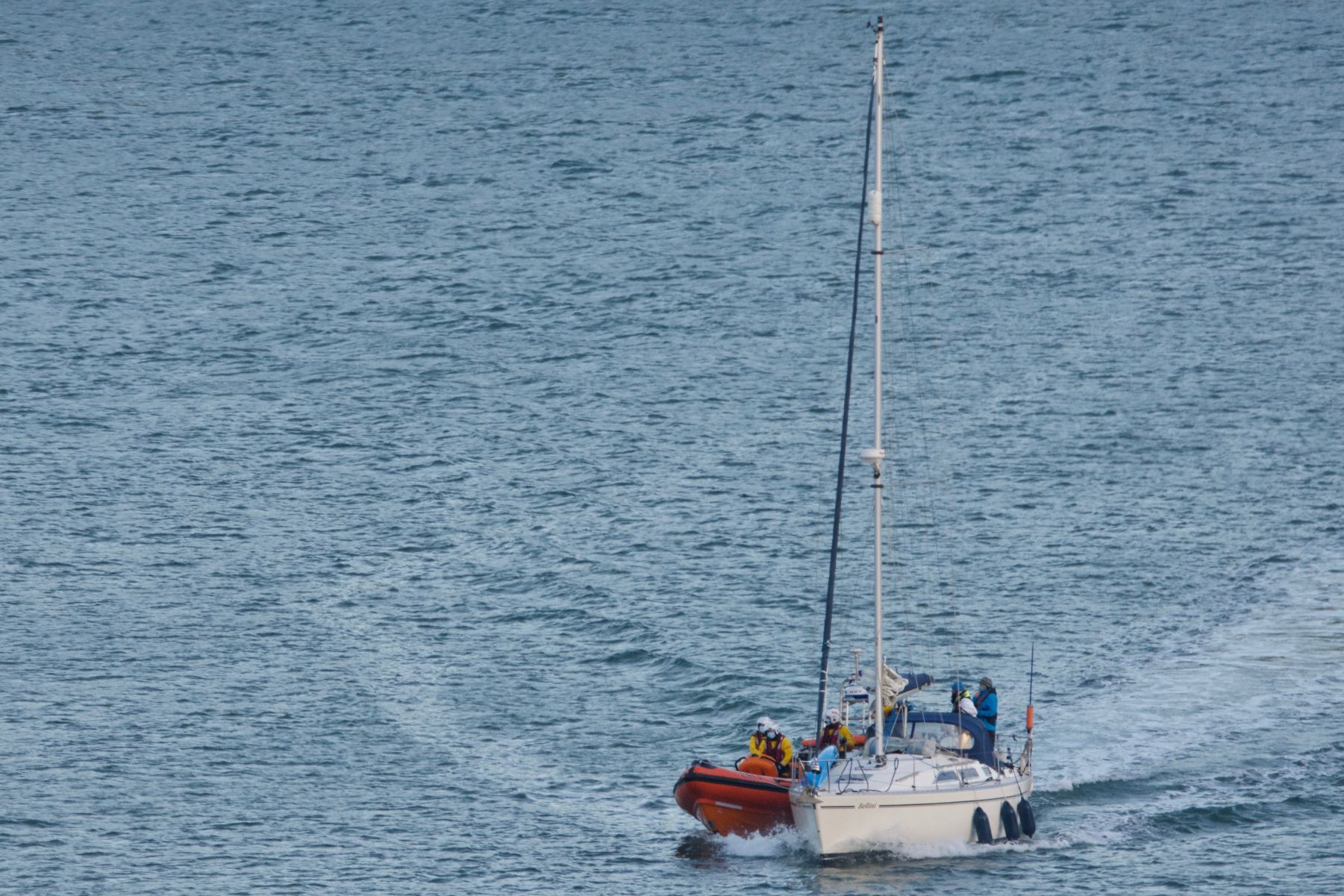 Dart RNLI B Class Lifeboat responded to a stricken yacht that had become snagged in a line of pots. The lifeboat launched within 10 minutes of the pagers going off and found the vessel just south of the mouth of the river Dart. Once on scene it was realised that the pot lines was snagged under the keel. This resulted in the lifeboat deploying its own anchor to try to unsnag the line. This didn't work so the lifeboat kept the snagged line taught so that it could be reached and cut with a hacksaw. Once clear of all line the yacht was towed back to Dart Marina where final checks for any leaks were made before returning to station. It was good to see the 2 occupants of the yacht wearing life-jackets and face coverings.