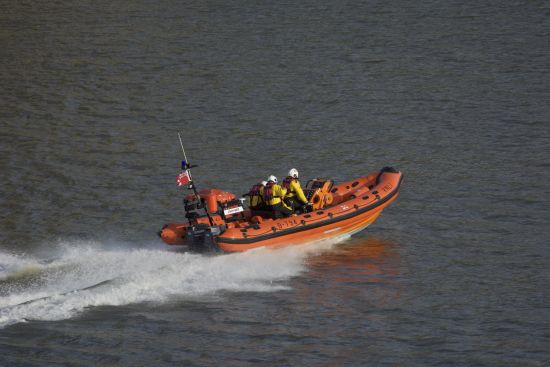 The crew of a 31ft yacht radioed the Coastguard for help when they developed engine failure 400m north of the Eastern Blackstone. The RNLI Dart B class was launched in response and found the yacht with its three man crew anchored 50m from the rocks. They had been unable to sail due to a problem raising the sails. The yacht was taken in tow to their mooring and the crew was then transferred to Greenway Quay. 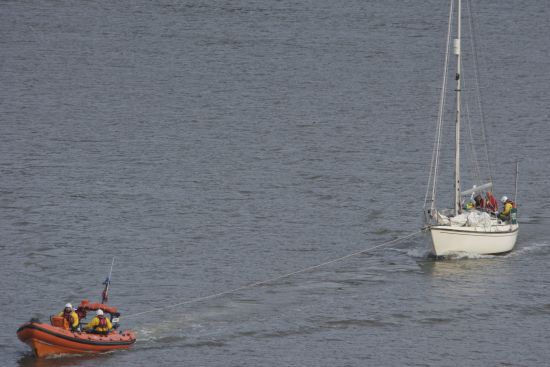 Photo: Andy Kyle
31ft yacht under tow by RNLI Dart, being returned to its moorings up river. 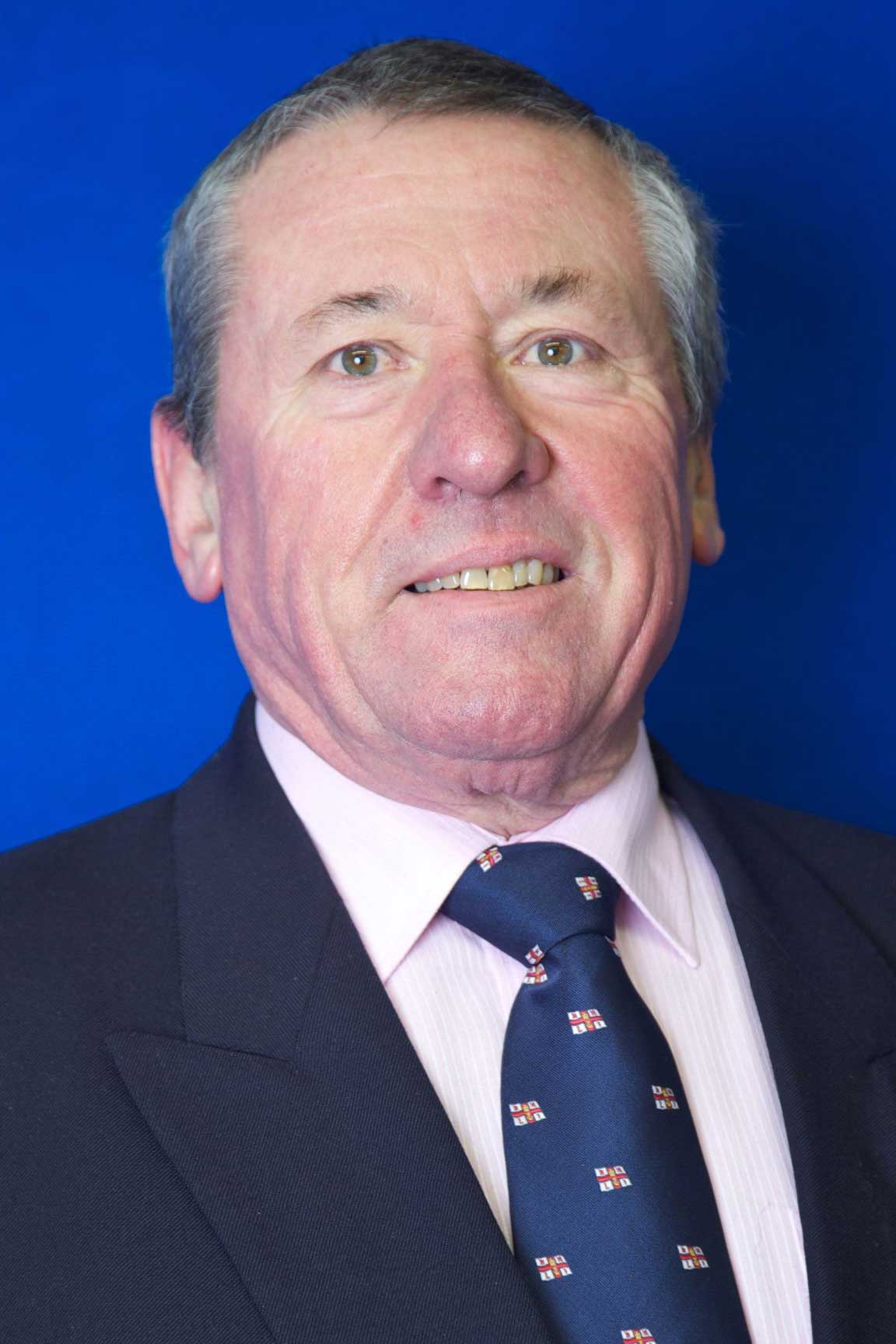