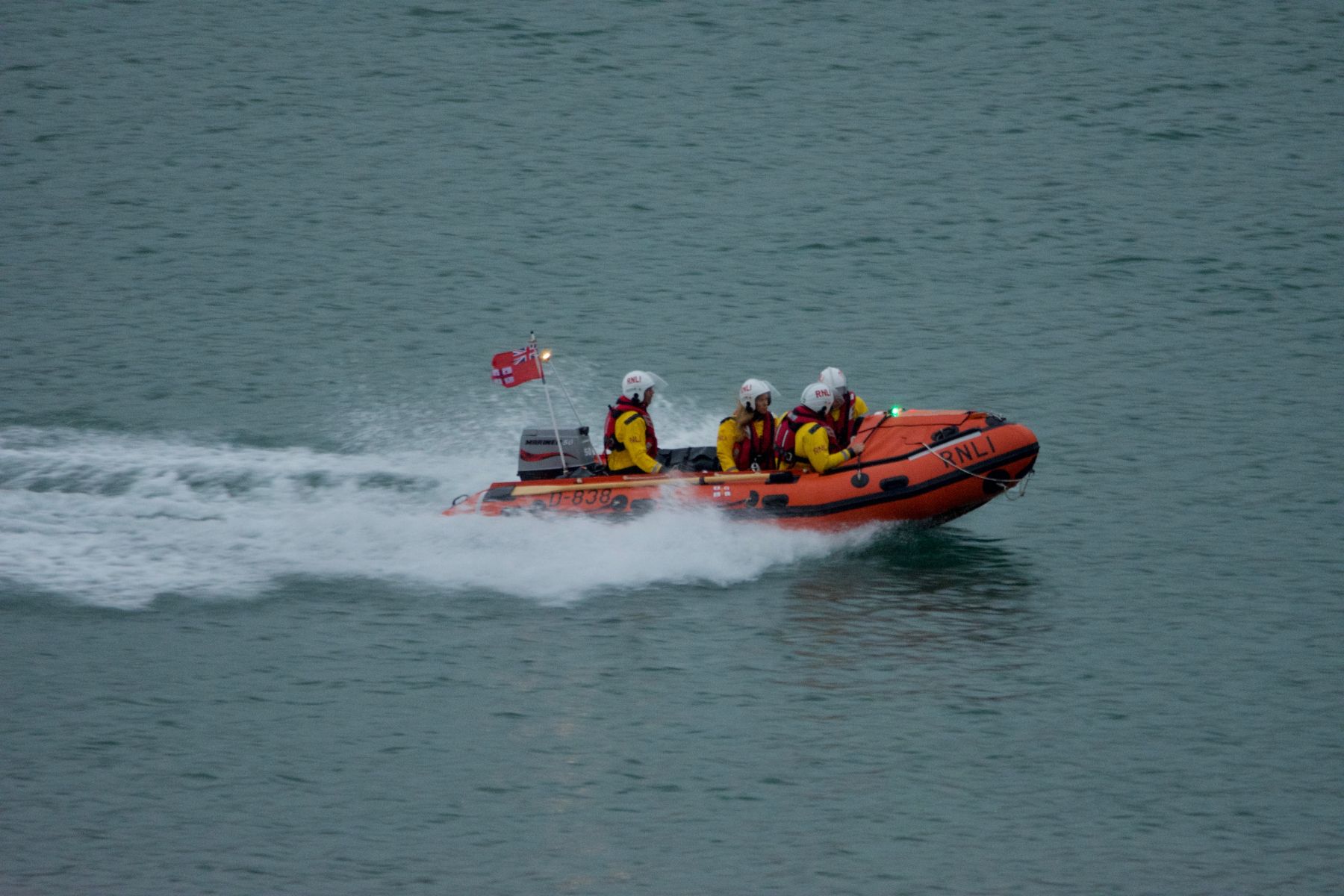 Dart RNLI was tasked by the Coastguard after a member of his family reported an 18 year old to be missing, having set off from Slapton Sands. The B class lifeboat was launched to conduct a shore line search as dusk was beginning to fall. Dart RNLI D class lifeboat was sent as backup when he was not immediately found.
The missing person was found at Lanacombe beach cold and tired. The D class lifeboat was beached on the sand and two members of the crew were put ashore to give casualty care. He was then taken to the Dartmouth Coastguard Rescue team on Blackpool Sands who in turn requested an Ambulance as he was very cold. 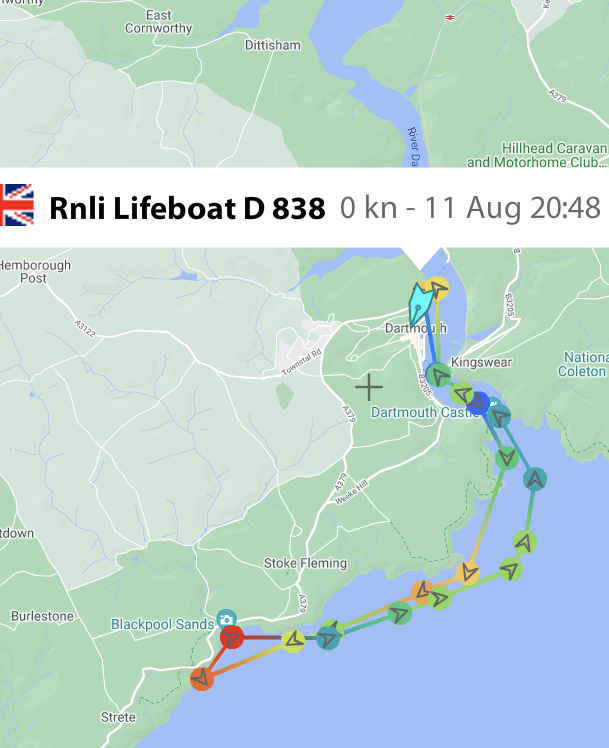