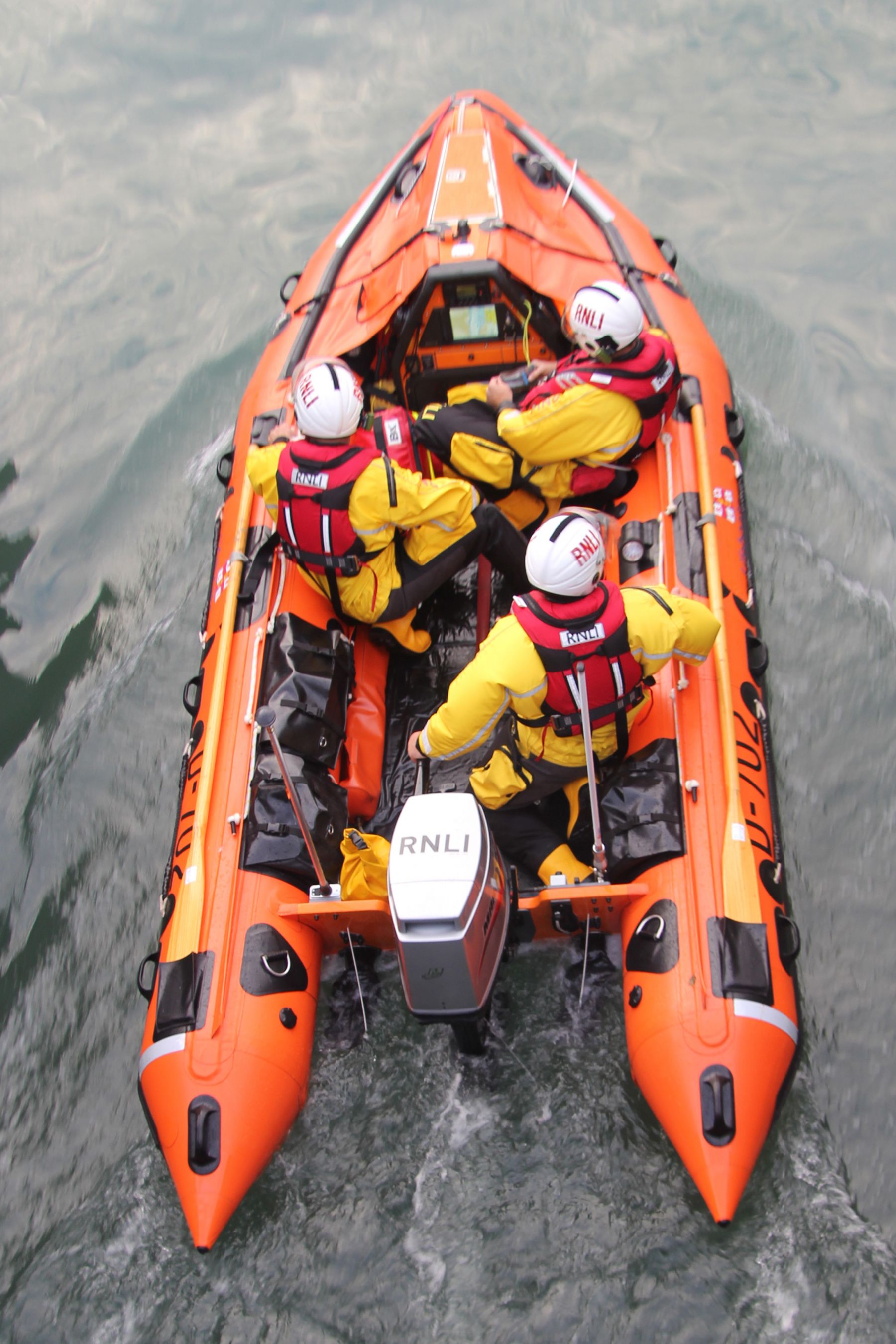 The RNLI Dart D class lifeboat was on exercise on the River Dart whilst the annual Head of the River race between Totnes and Dartmouth was in progress. They were asked by a race safety boat to assist a 27 foot Bayliner motor cruiser with three on board. The Greenway ferry, Christie Belle, was already alongside the vessel which had water entering the bilges from a broken engine water pipe. The lifeboat crew, who were only 200 metres away, informed the Coastguard that they were self-launching and returned to the lifeboat station for a salvage pump. When they returned to the boat the salvage pump from a Dart Harbour Navigation Authority vessel had the situation under control and the motor cruiser was safely towed by that vessel to the nearby Noss Marina .