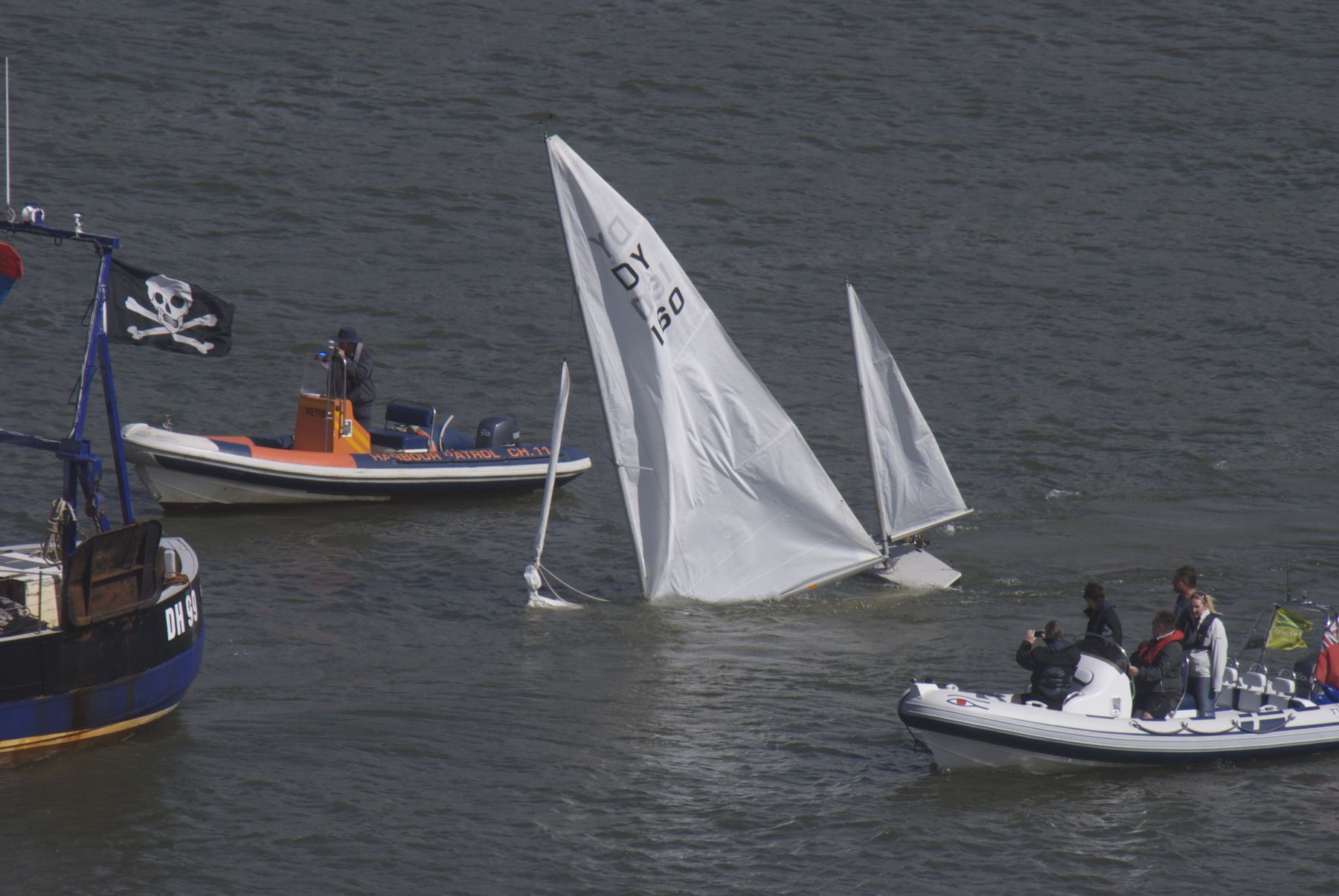 A Devon Yawl with two on board was about to retire from a regatta race when they capsized one and a half miles south of the Castle Ledge buoy. The Crabber Superb Us and Dart Venturer stood by until they were taken from the water after ten minutes by the race safety Rib. They were then taken to a waiting Ambulance on the Higher Ferry slip by the Inshore Lifeboat as the safety boat had to stay on station. They were both suffering from mild hypothermia. 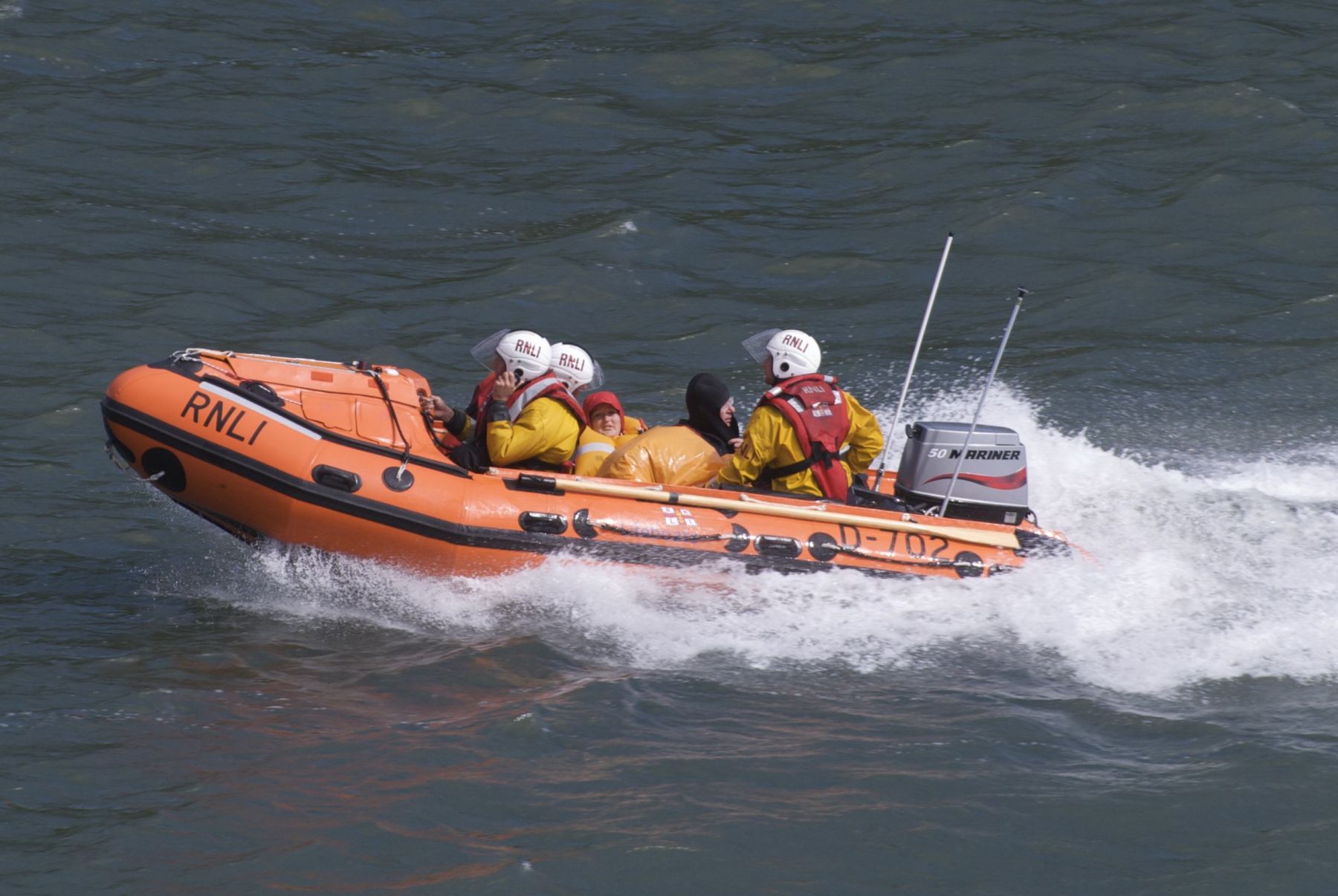