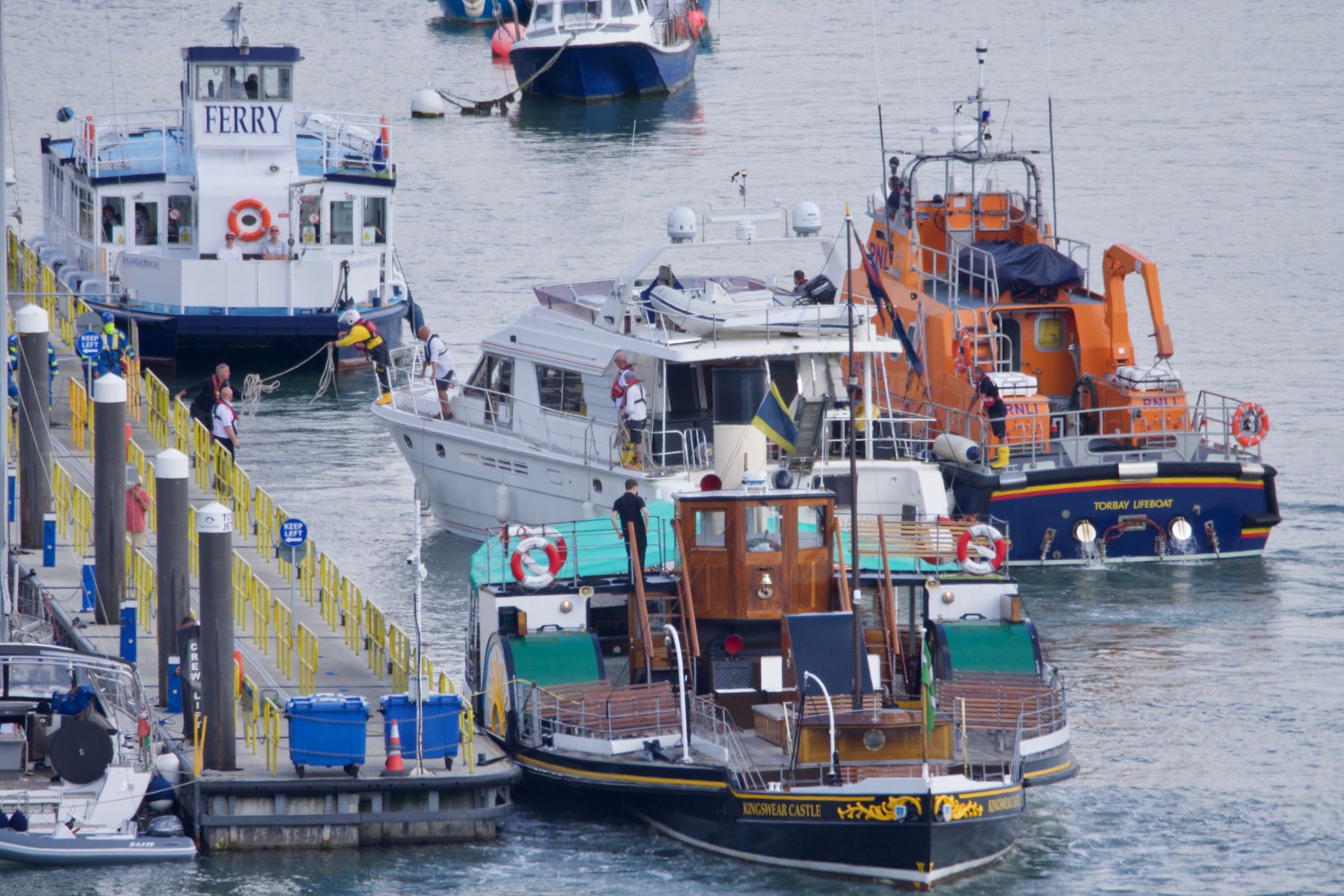 Photo: Andy Kyle
The casualty vessel being berthed alongside the Town Pontoon by Torbay RNLI

A Tarquin President Power Boat caught fire due to a catastrophic engine failure whilst four miles off Slapton Sands in Start Bay. There were three crew onboard the 67ft vessel on its way to Salcombe. The Falmouth Coastguard tasked the Dart RNLI to asses the condition of the crew, who chose to stay onboard the vessel, the fire having been put out by the engineer crew member using fire extinguishers. The Dart B class inshore lifeboat took the vessel in tow, having put a member of the crew onboard to supervise it. The Coastguard also tasked the Torbay Seven class lifeboat to take over the tow as they approached Dartmouth Castle. The Power Boat was taken in an alongside tow and placed against the Town Pontoon in Dartmouth Harbour. Two members of the Dartmouth Fire Brigade went onboard to confirm that the fire was completely extinguished and the crew members were medically assessed by a S.W. Ambulance Service paramedic. The crew member who put out the fire was transferred to hospital having inhaled smoke.
The Coastguard Incident commander was Keith Langworthy and it was volunteer Chris Rampling's first call out as a helm of the B class inshore lifeboat. 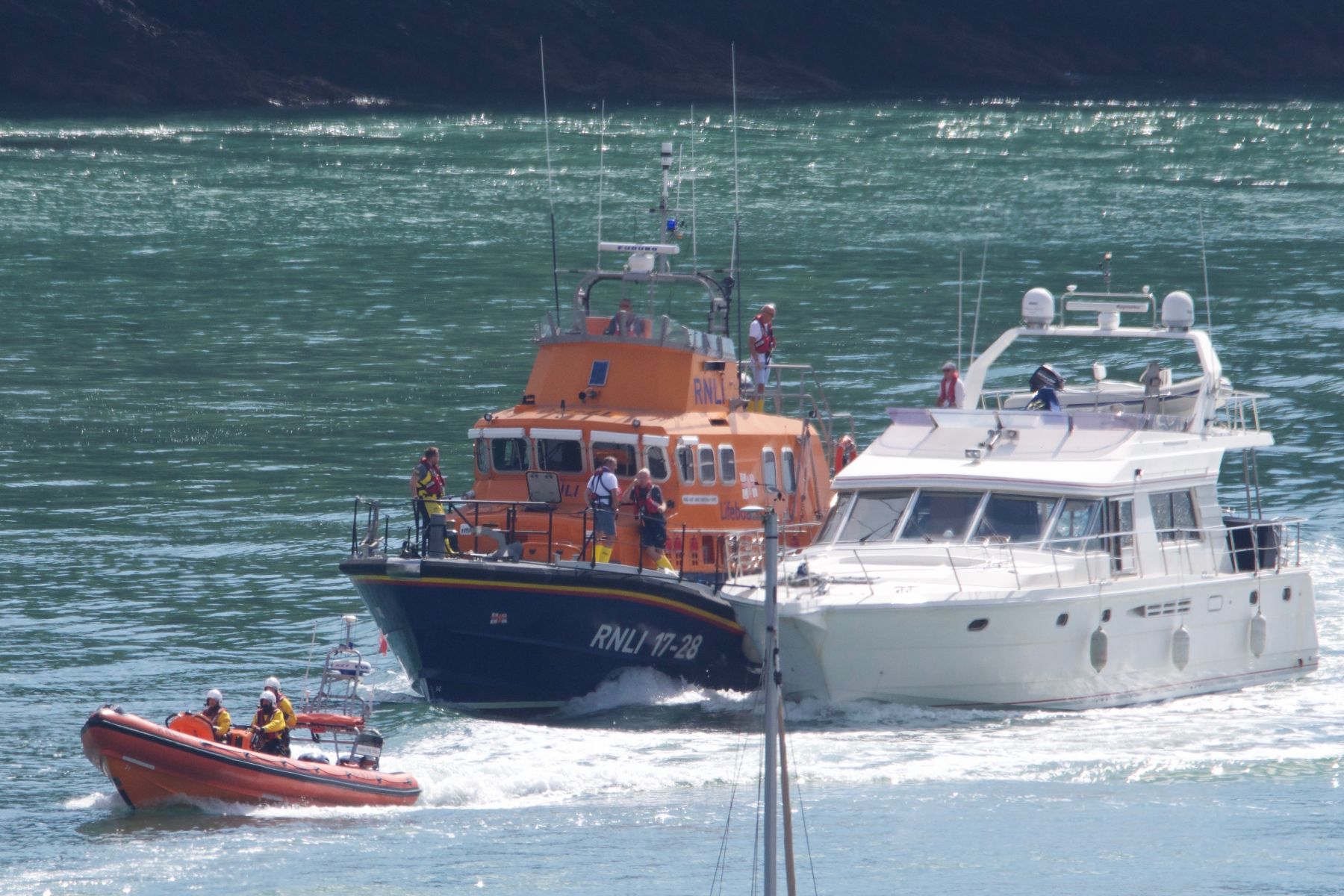 Photo: Andy Kyle
Torbay RNLI lifeboat took over the tow from Dart ILB once at the harbour 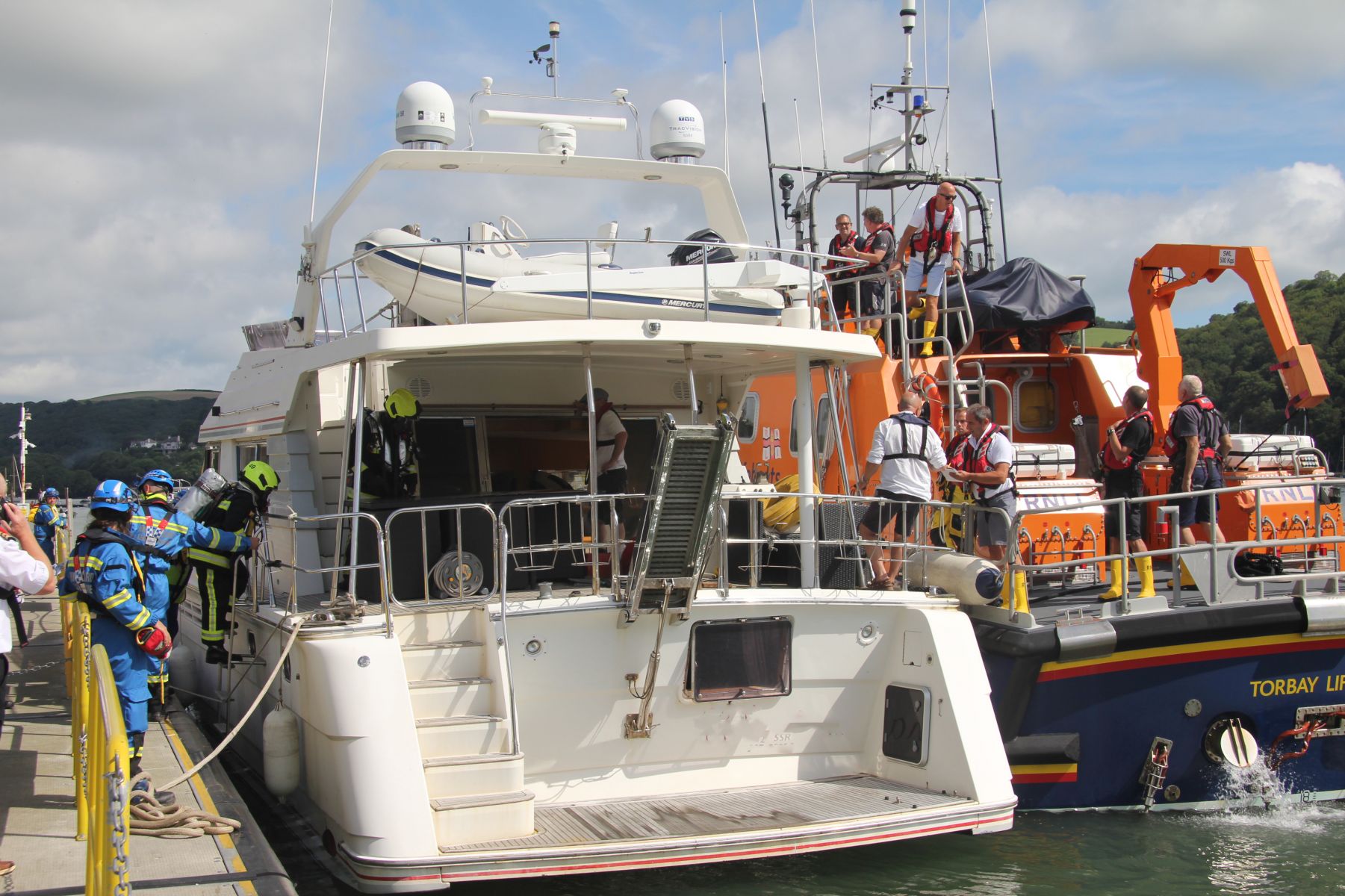 Photo: John Fenton Dart RNLI Lifeboat press officer.
Dartmouth Fire brigade go onboard to confirm that the fire is out. 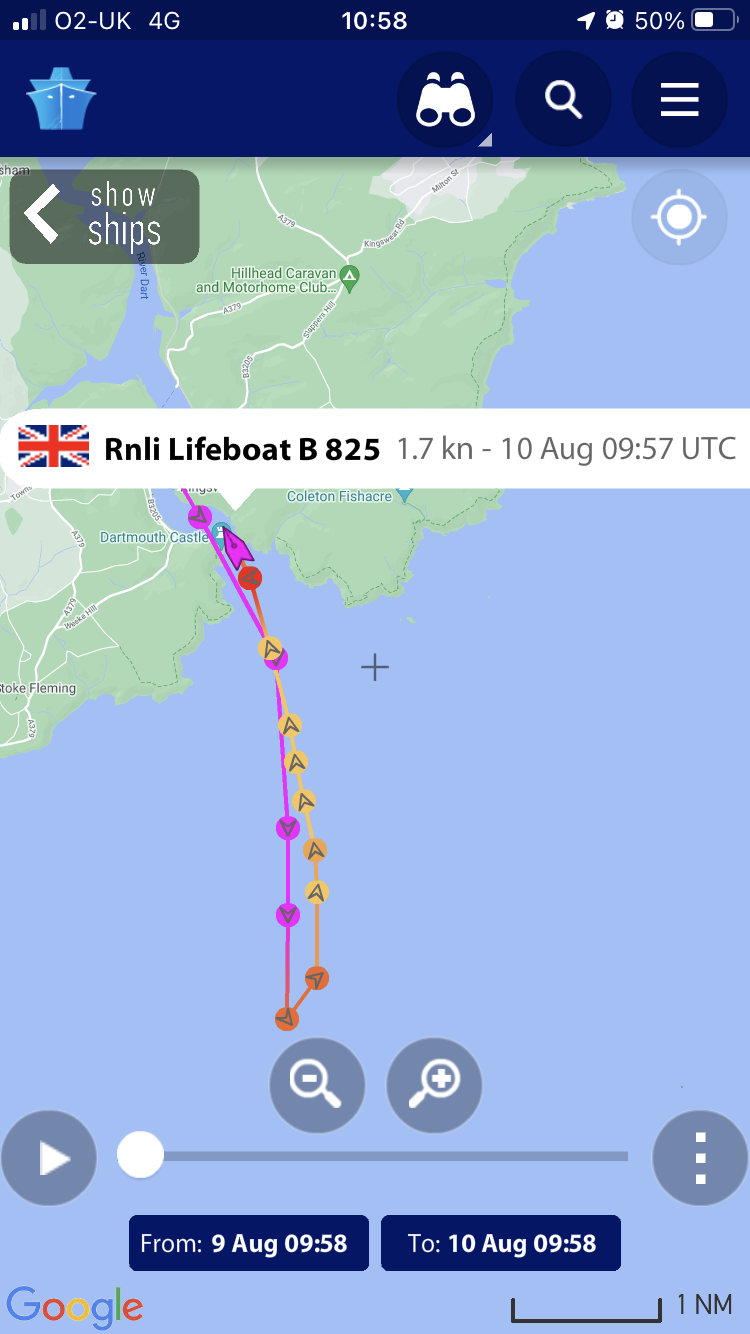 The ais track of Dart RNLI B class lifeboat