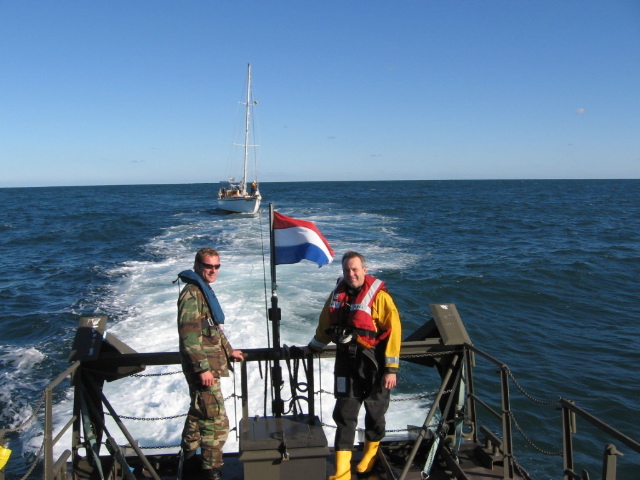 The 11 metre yacht Llandoger Trow was on passage from Portugal to Portsmouth when she lost power three miles South of Dartmouth and requested assistance. The Dart inshore lifeboat was on exercise with the Dutch Navy Combat Boat CB912 when the call was received. Lifeboat crewmen were placed on the yacht and the Combat Boat as the Dutch Navy towed the yacht to the Harbour mouth. The inshore lifeboat took over the tow and took her to the visitor's pontoon in Dartmouth Harbour. 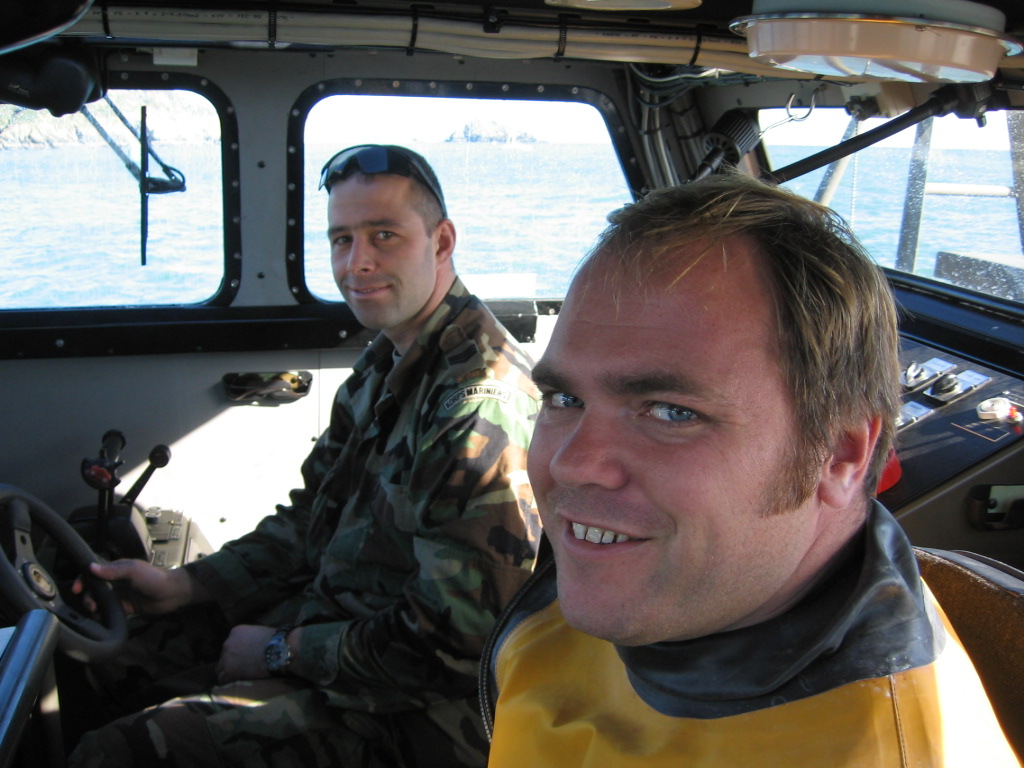 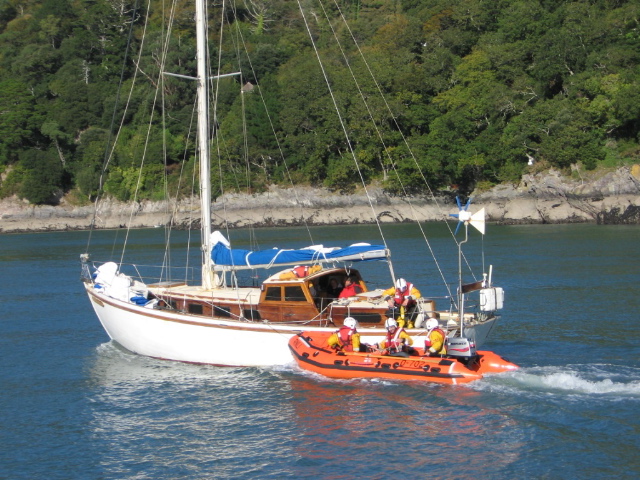 Photo: Andy Kyle
RNLI Dart ILB took over the tow once within the harbour