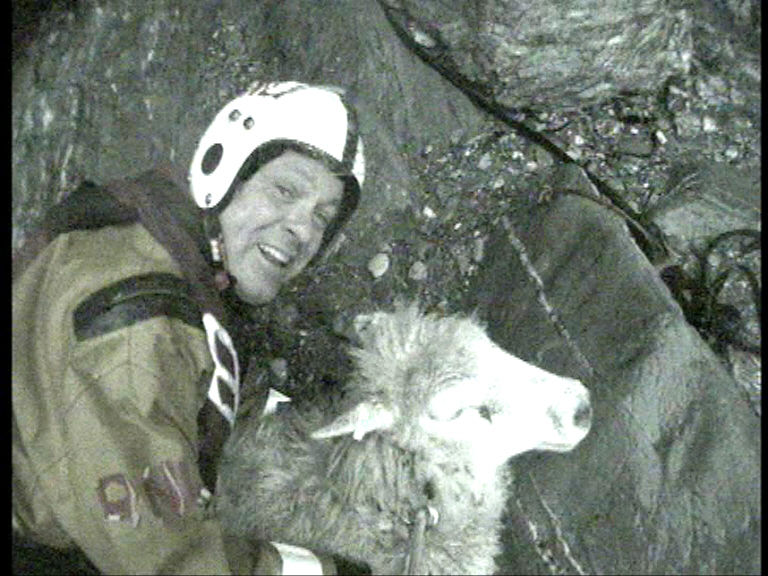 A member of the public on the Coastal path reported that a sheep was trapped in Ivy Cove. The RSPCA were alerted and they in turn contacted the Coastguard. It was established that there was no safe access from the cliff top. The Coastguard discussed it with Jerry Gilby, the Deputy Launch Authority and the decision was made to launch. Following a "Crew Assemble" the lifeboat launched and located the ewe in the cove. It would have drowned on the incoming tide. The farmer threw down a "dumpy bag" and the ewe was placed in it and carried to the boat. The lifeboat then proceeded to the Kingswear Lower ferry slip where the farmer met them.