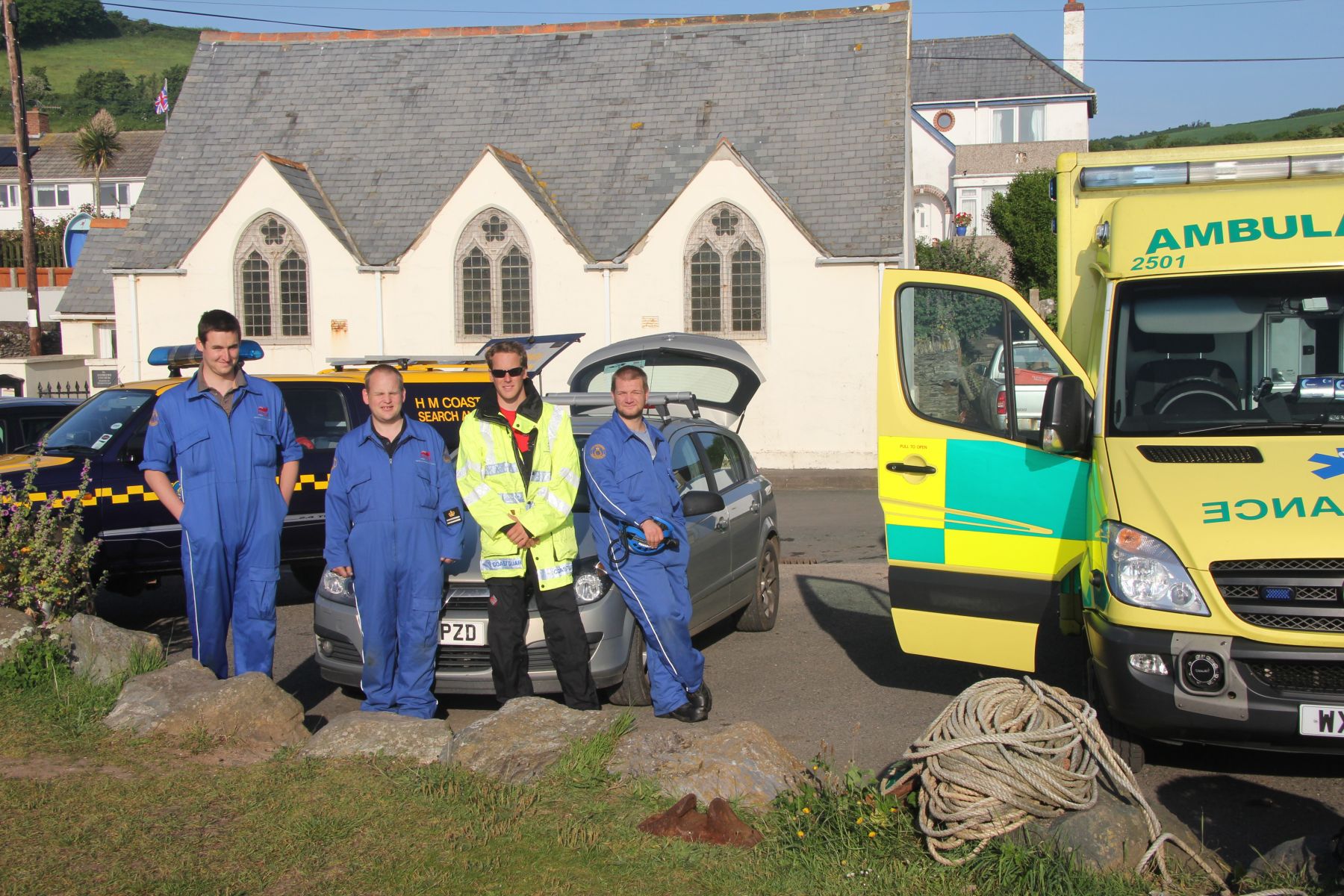 Photo: John Fenton RNLI Dart LPO
Prawle Coastguard team after the casualty was in the ambulance

An elderly local man was fishing for mackerel from the old slipway at Beesands when his line became snagged on the rock armour at the water's edge. He slipped as he tried to free it and became wedged between the rocks. He was seen by a passing fishing boat that raised the alarm. The Coastguard centre at Brixham alerted the Kingsbridge Ambulance and the Prawle Point Coastguard team who in turn requested the help of the Dart RNLI inshore lifeboat. The Coastguard team, working up to their waists in water, decided to extricate the casualty themselves as he had been trapped for 45 minutes and the tide was coming in. The inshore lifeboat was stood down when he was safely in the Ambulance. Prawle Point Coastguard team led by Station Officer Steve Wonnacott.