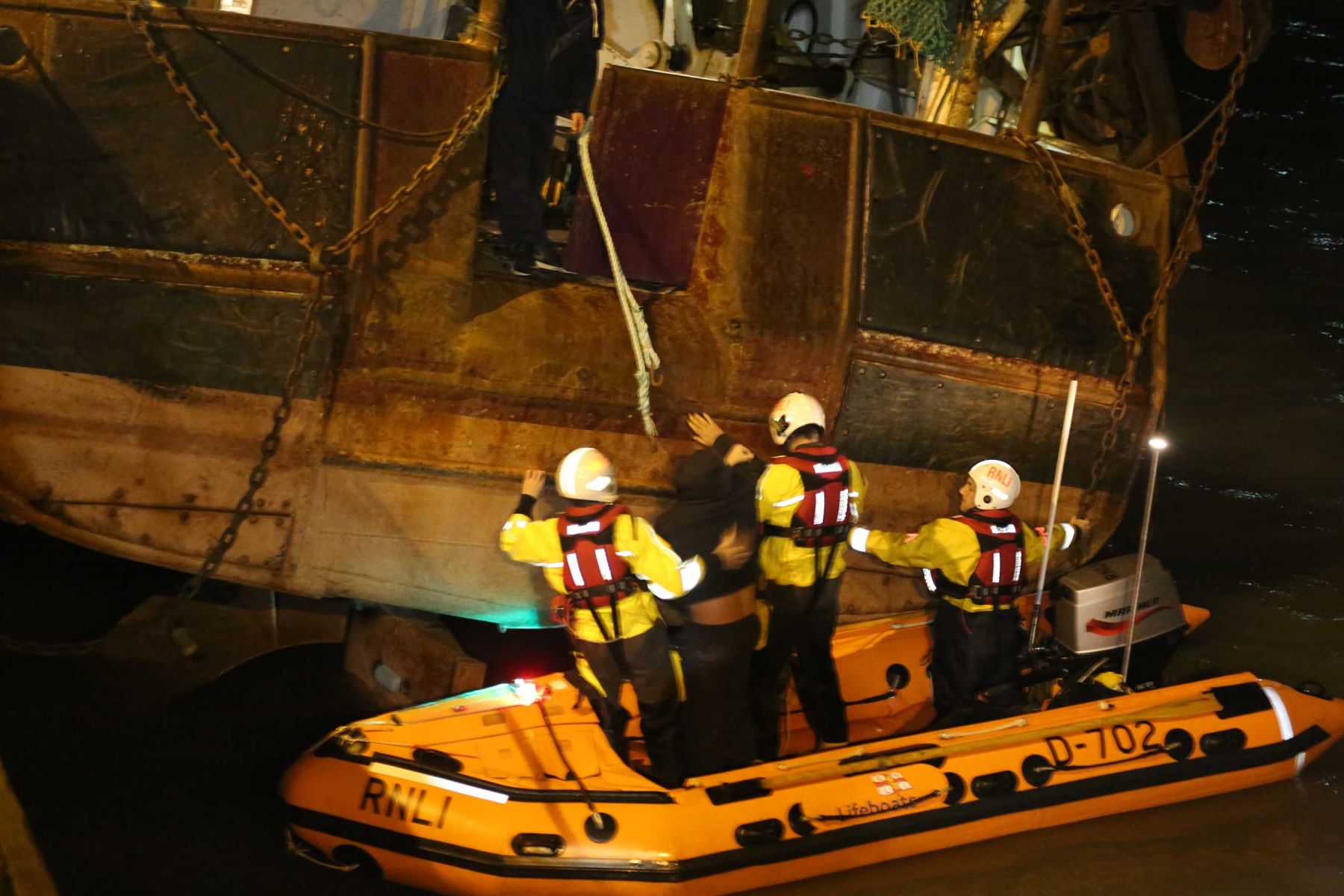 Three French pair trawlers from Cherbourg had sought shelter in Dartmouth Harbour from the very rough conditions at sea. Two of them, the Sagitaire and the Saint Christophe were tied up to the Town Quay when the emergency services were called. Both trawlers were listing severely, there was a report of a fire on board one and both crews needed evacuation. The Dart inshore lifeboat evacuated three of the crew from the Sagitaire over the stern and then returned for the next two, one of whom had to be lowered from the transom with a rope. The Fire Service sent two Appliances from Dartmouth, one from Kingsbridge and a pump and a Command Unit from Totnes. They rescued the crew of the Saint Christophe by ladder and established that there was no fire. The Spring tide was at its lowest at 12.33am and it became apparent that the Saint Christophe was not re-righting herself. The lifeboat crew were asked to try and establish whether there was internal flooding in the vessel. They did so and found it to be severe. The two crews were taken to the lifeboat station for hot drinks and to warm up. A boom was placed round the vessel by the Dart Harbour Authority vessel, Hercules.