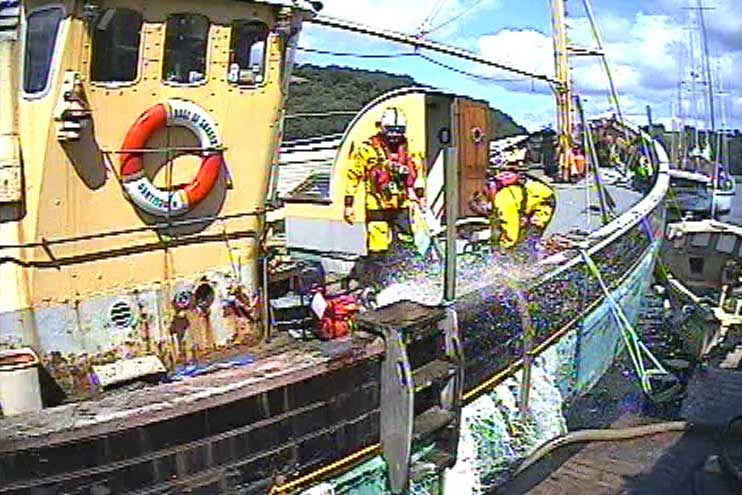 The previous owner of the Rose of Sharon, a Heritage Fishing Boat, noticed that she was taking on water at her mooring. He called the Harbour Authority and notified the RNLI Dart duty helmsman who organised a "self launch" The lifeboat took out a salvage pump to assist the Harbour Authority team on Hercules who were already on the scene. The Rose of Sharon, built in 1969, was originally part of a fleet of 10 trawlers working out of Newlyn. She later was converted and was lived aboard in Dartmouth. When the water levels were safely falling the lifeboat left the scene and proceeded up river to Dittisham to take part in their Regatta.