A 27 year old experienced kayaker from Somerset had been kayaking alone on the Dart for most of the day. As he was returning to Dittisham in the dusk he capsized in the gusty conditions and was unable to reboard the boat. He swam it the 500m to the nearest shore but was unable to climb through the trees to the field above. After 30 minutes waiting for another boat to pass and up to his waist in the water fending his boat off the rocks, he called the Coastguard on his mobile phone. They ordered an immediate launch of the RNLI Dart inshore lifeboat. The D class crew did not see him on their upriver search due to the overhanging branches but spotted the strobe light on his boat on their return pass. He was lifted into the lifeboat and the kayak was secured across the sponsons. Haydn Glanvill, the paramedic crewman on board established that he was hypothermic and he was wrapped in a thermal blanket and reflective sheet for the return to the lifeboat station. At the warmed station he was given a change of dry clothing and hot drinks. By the time the Paramedic Ambulance arrived to give him a formal check up his temperature had returned to normal. He was given overnight accommodation at the Ship in Dock Inn, owned by a member of the crew and returned to his car the next day. Rob Clements, Lifeboat Operations Manager said, "This man's life was saved by his having the right safety equipment and clothing and by the quick professional response of the RNLI volunteers." 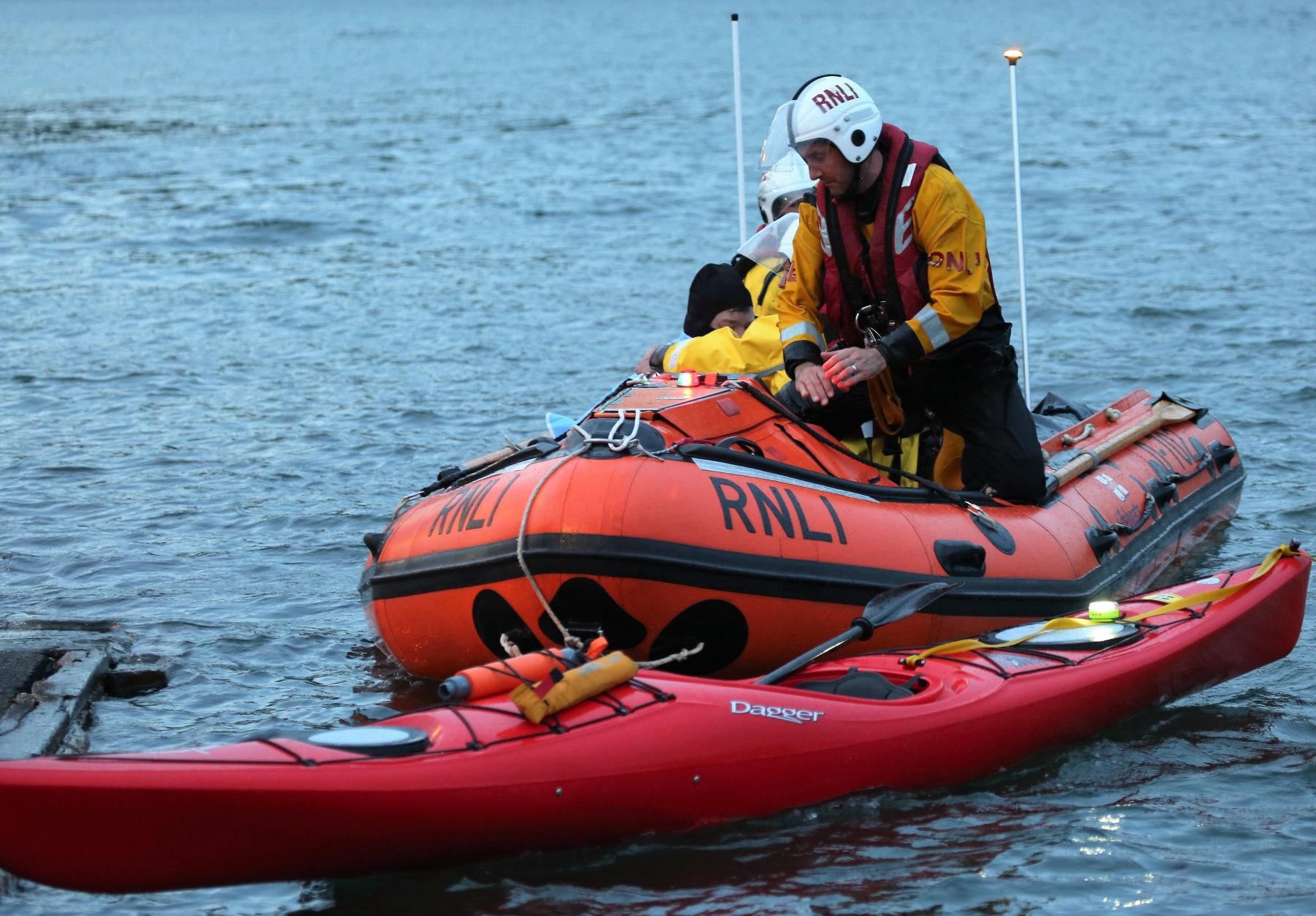