Kayaker returned to Blackpool Sands when unable to make headway. 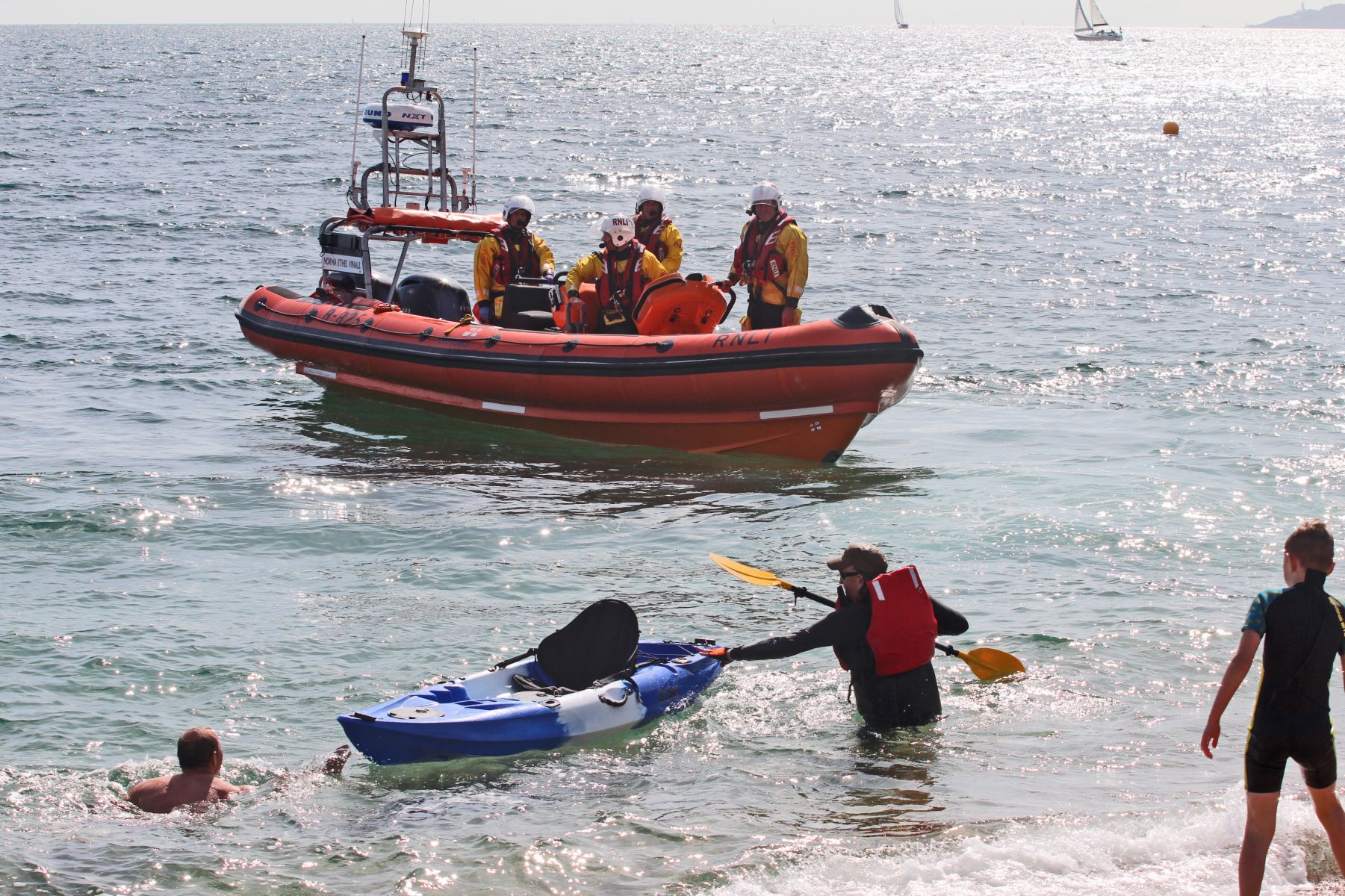 Four holidaymakers from South Devon set off from Blackpool Sands to paddle to Dartmouth. As the wind strength rose one of them, a middle-aged man from Plymouth, decided to turn back, but was unable to make progress into the westerly wind and waves as his seat had broken. His wife, in a separate kayak, phoned the Coastguard who tasked the RNLI Dart Atlantic 85. He was found by the lifeboat crew off Redlap Cove. He and his boat were taken onboard and returned to Blackpool Sands.
The AIS track of the lifeboat shows the track of an exercise, practicing for just such a call out as this, carried out the evening before when the boat followed the coast to Torcross before returning. The track of this launch is also shown. 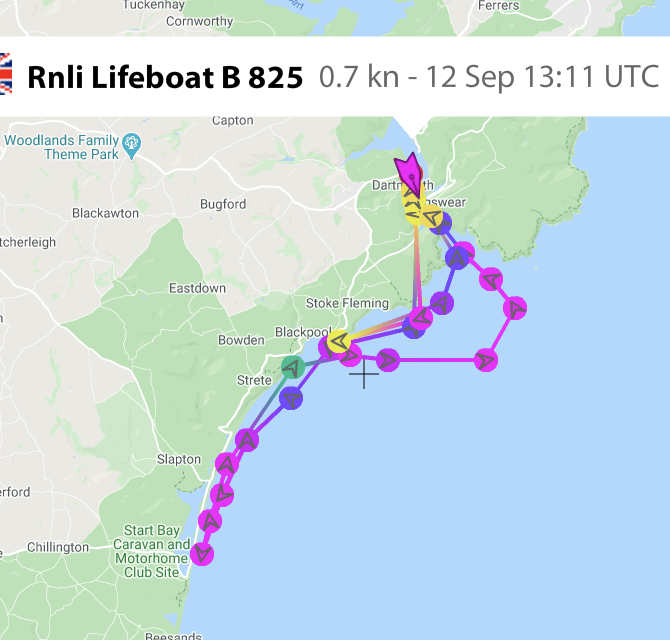 Track shows this launch & exercise to Torcross the previous evening 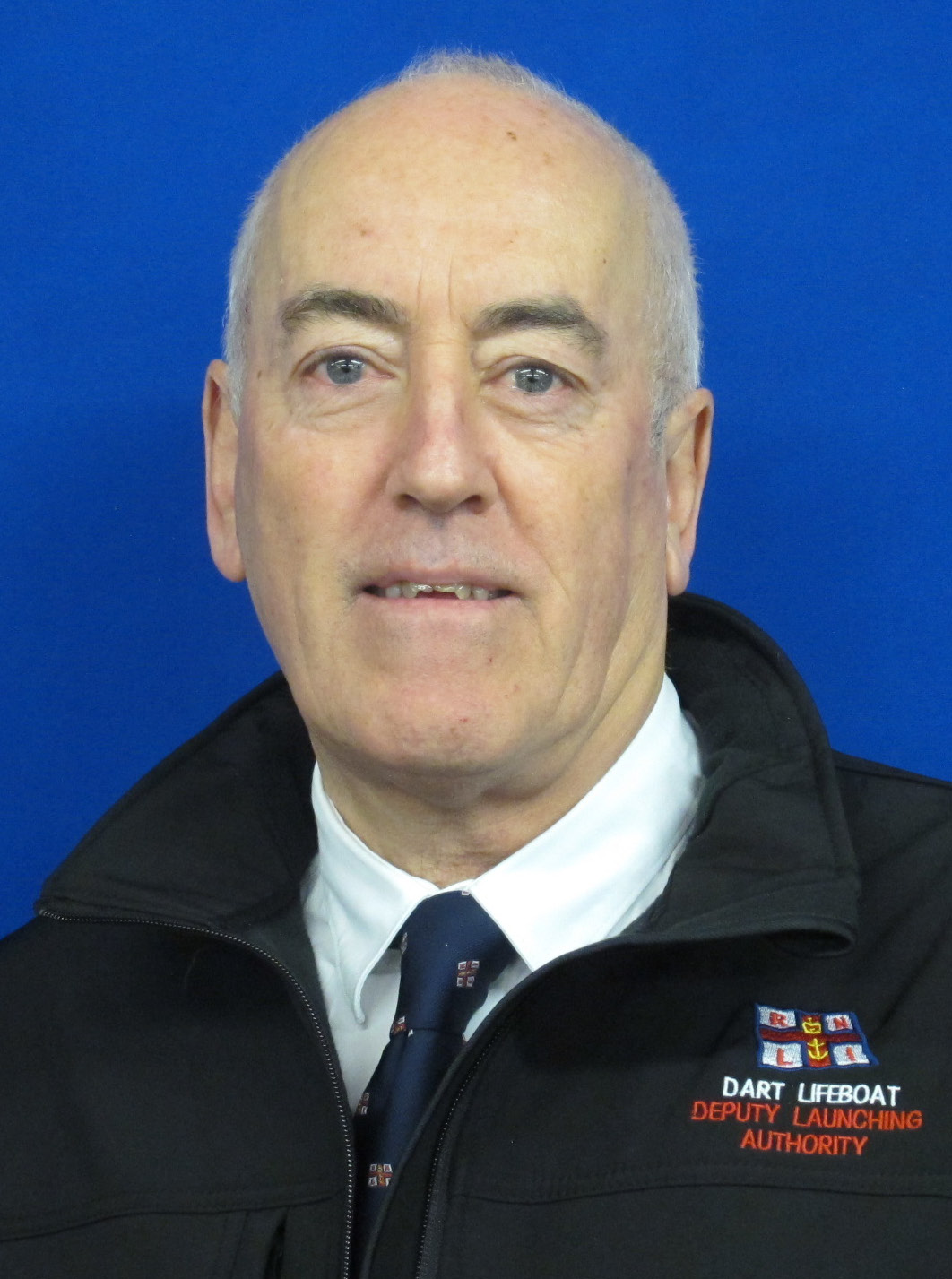