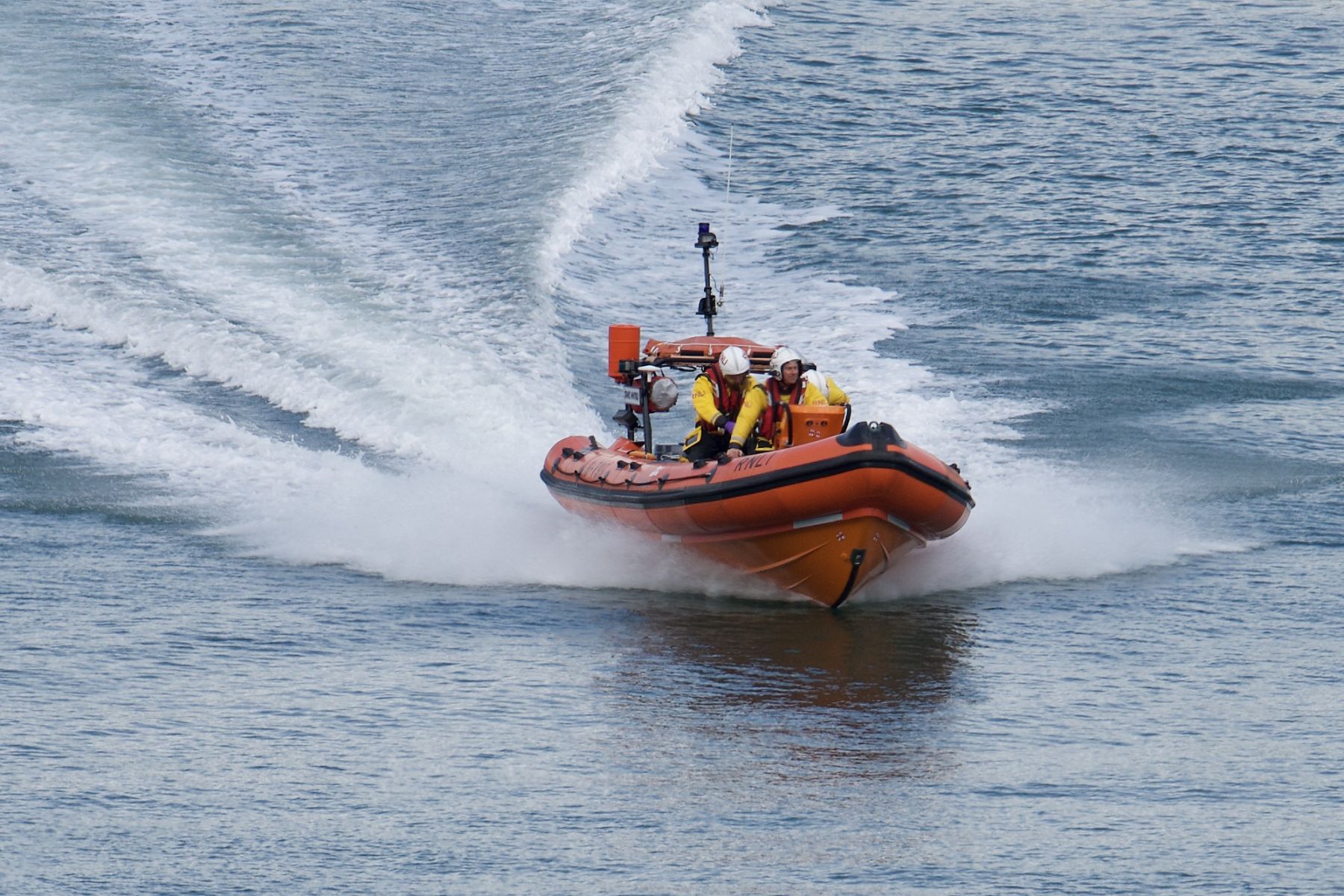 Two ladies launched their paddleboards from Blackpool Sands. They were fine for their first hour, in spite of the gusty west-south-west wind and inshore surf. The younger lady made her way safely ashore but when she saw her 48 year old companion from Birmingham being swept eastwards, towards a rocky shore, she called the Coastguard. Both RNLI Dart lifeboats were launched on the search as there was some uncertainty over the position of the second paddleboarder as she had been blown out of sight. She was found between Leonards Cove and Redlap Cove and taken aboard the larger Atlantic B class lifeboat for transfer back to Blackpool Sands.
Due to the breaking surf, after discussion with the paddleboarder, it was decided to allow her to paddle the short distance to the shore, to be met by a member of the Coastguard team in his dry suit and secured to his companions on the shore. 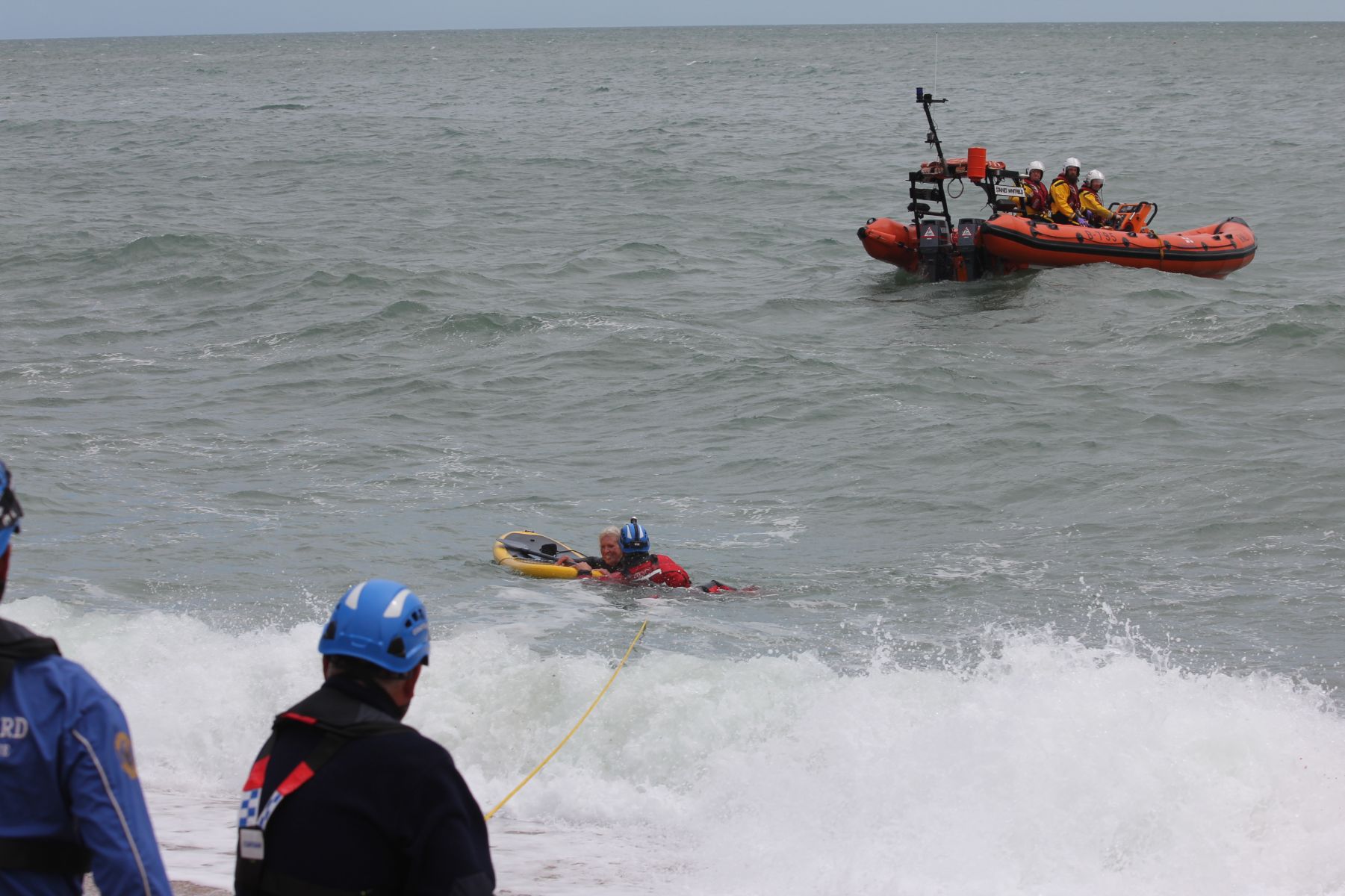