RNLI ILB and Coastguard helicopter respond to fisherman at sea. 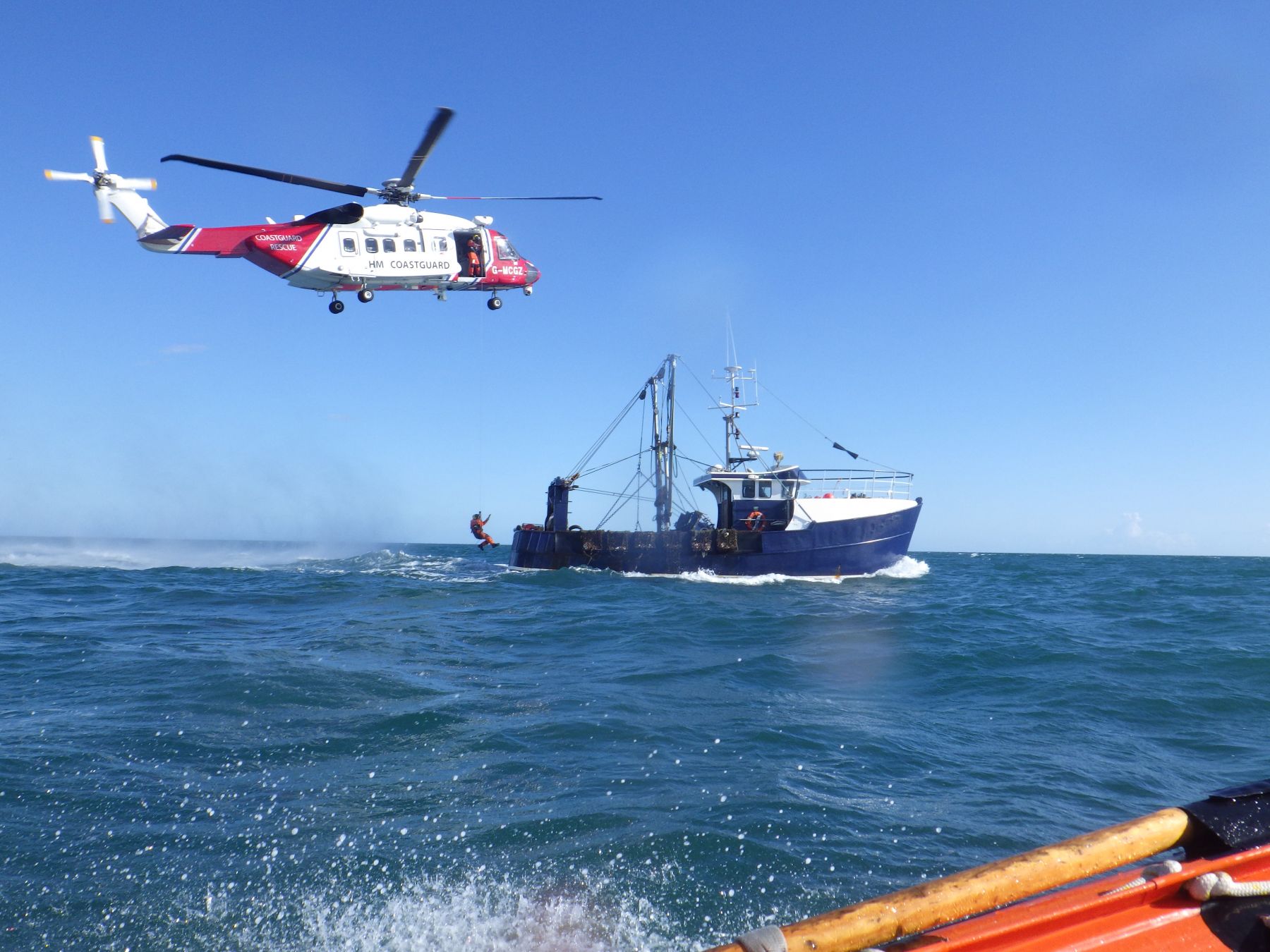 Photo: Kevin Murphy. RNLI.
The Coastguard paramedic is winched aboard the fishing boat.

A 14 metre South Devon fishing boat alerted the Falmouth Coastguard when one of the three crew was suddenly taken ill and was in severe pain. The Coastguard tasked the RNLI Dart D class inshore lifeboat and a Coastguard Sikorsky S92 SAR helicopter from Newquay. The fishing boat made best possible speed towards Dartmouth and two RNLI casualty care trained lifeboat crew went on board when she was two miles from the mouth of the Dart. The casualty was assessed and given casualty care, before his care was taken over by the Coastguard paramedic who was winched aboard approximately 10 minutes later. It was decided to land the casualty at the Kingswear Ferry landing and he was transferred to Torbay district Hospital by the waiting ambulance. The Coastguard paramedic was taken on the lifeboat to their recovery slip and returned to the helicopter which had landed in Coronation Park. 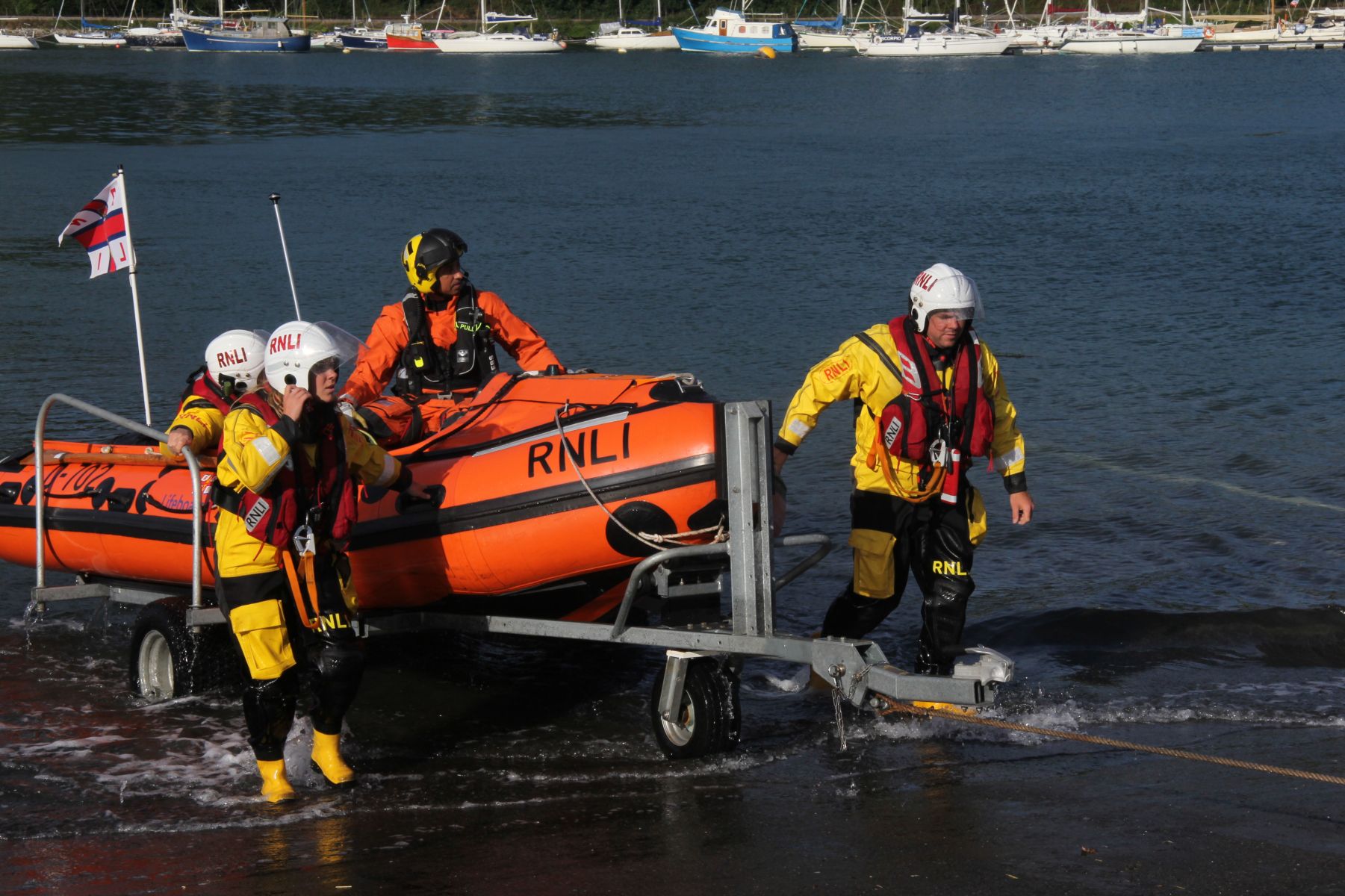 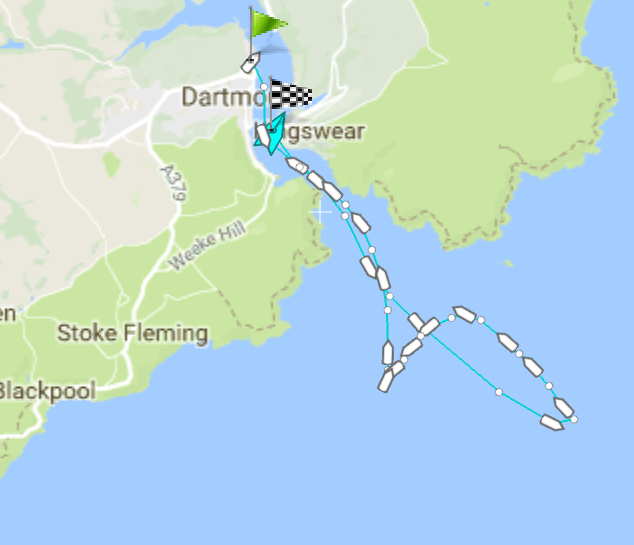 The AIS track shows where the fishing boat turned into the wind to land the paramedic on board.