Reports of Intoxicated Male having a late night swim 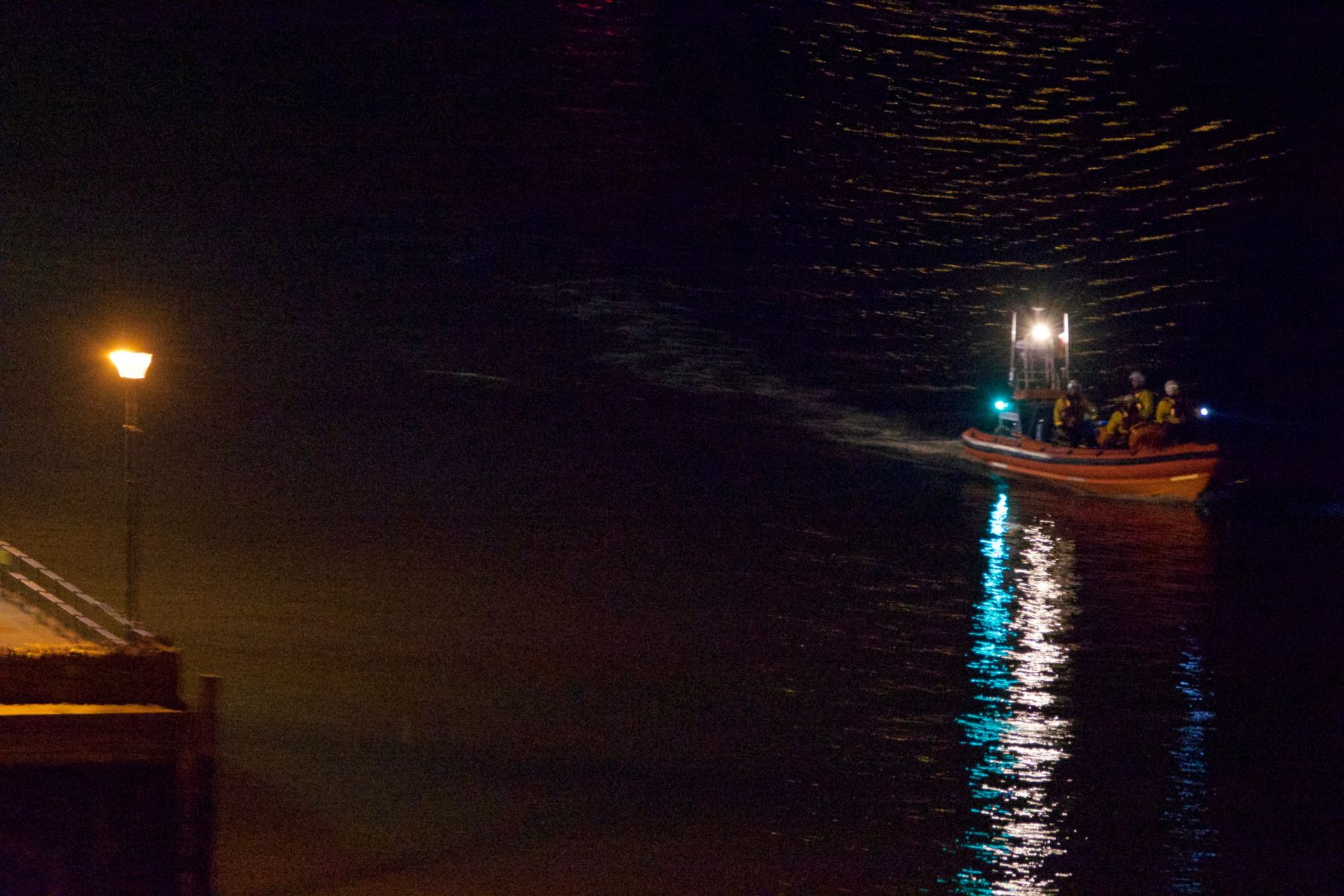 Dart B Class Lifeboat launched on service to assist the coastguard in searching for an intoxicated male who entered the water near the lower ferry slipway. A search was carried out along the banks of the river but nothing was found. A little later reports of wet footsteps from the river, along the road confirmed that the casualty had exited the water. In agreement with the Coastguard, the lifeboat was stood down and returned to base. 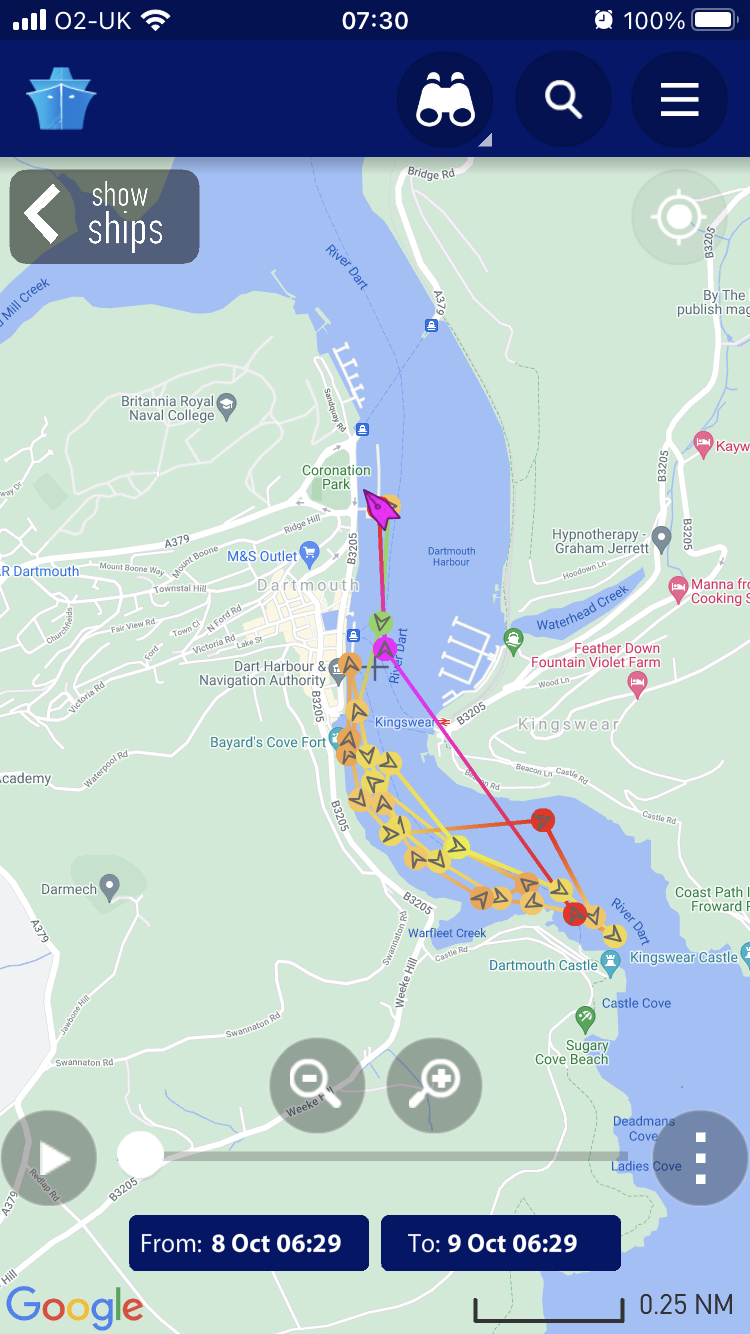 Midnight search for man reported to be in the water