Safety concerns for 3 Paddleboarders and a kayaker 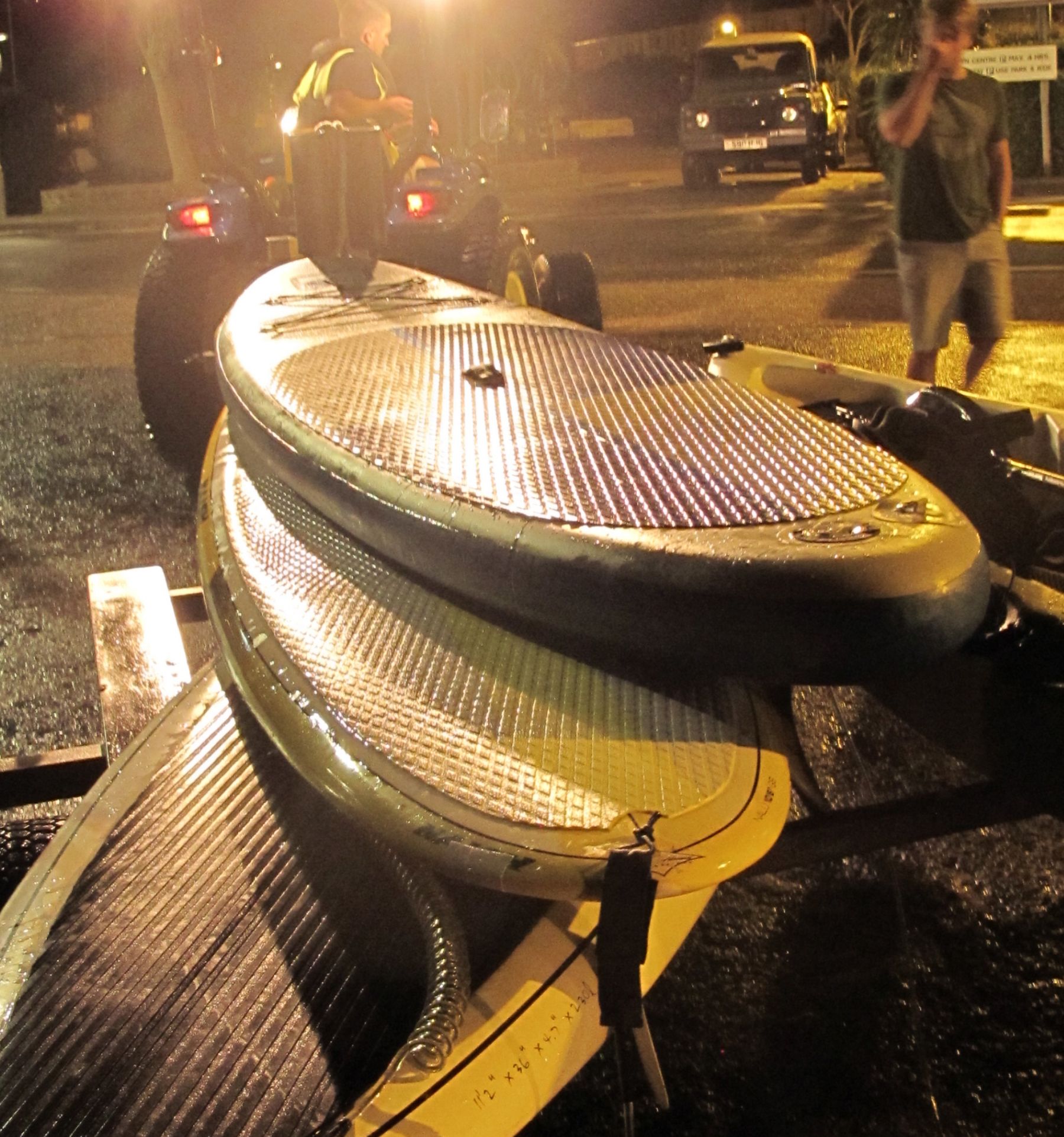 Photo: John Fenton RNLI Dart Lifeboat Press Officer
The paddleboards were stored in the LBS for the night

The crew of the Dartmouth Lower Ferry reported their concerns about three paddle-boarders and a sit on kayaker attempting to paddle upstream, in the dark, against a very strong ebb tide. Falmouth Coastguard requested the RNLI Dart lifeboat to investigate. As the lifeboat approached, one of the paddle-boarders was seen to fall off. The four men had left Dittisham early this morning, only wearing shorts and tee shirts. They were attempting to return from Dartmouth to Dittisham some two miles upstream and appeared intoxicated. The lifeboat crew took them on-board and brought their boards ashore. The boards and kayak were stored in the Lifeboat Station for collection the next day. The four were supplied with lifejackets while the lifeboat returned them to their embarkation point in Dittisham.