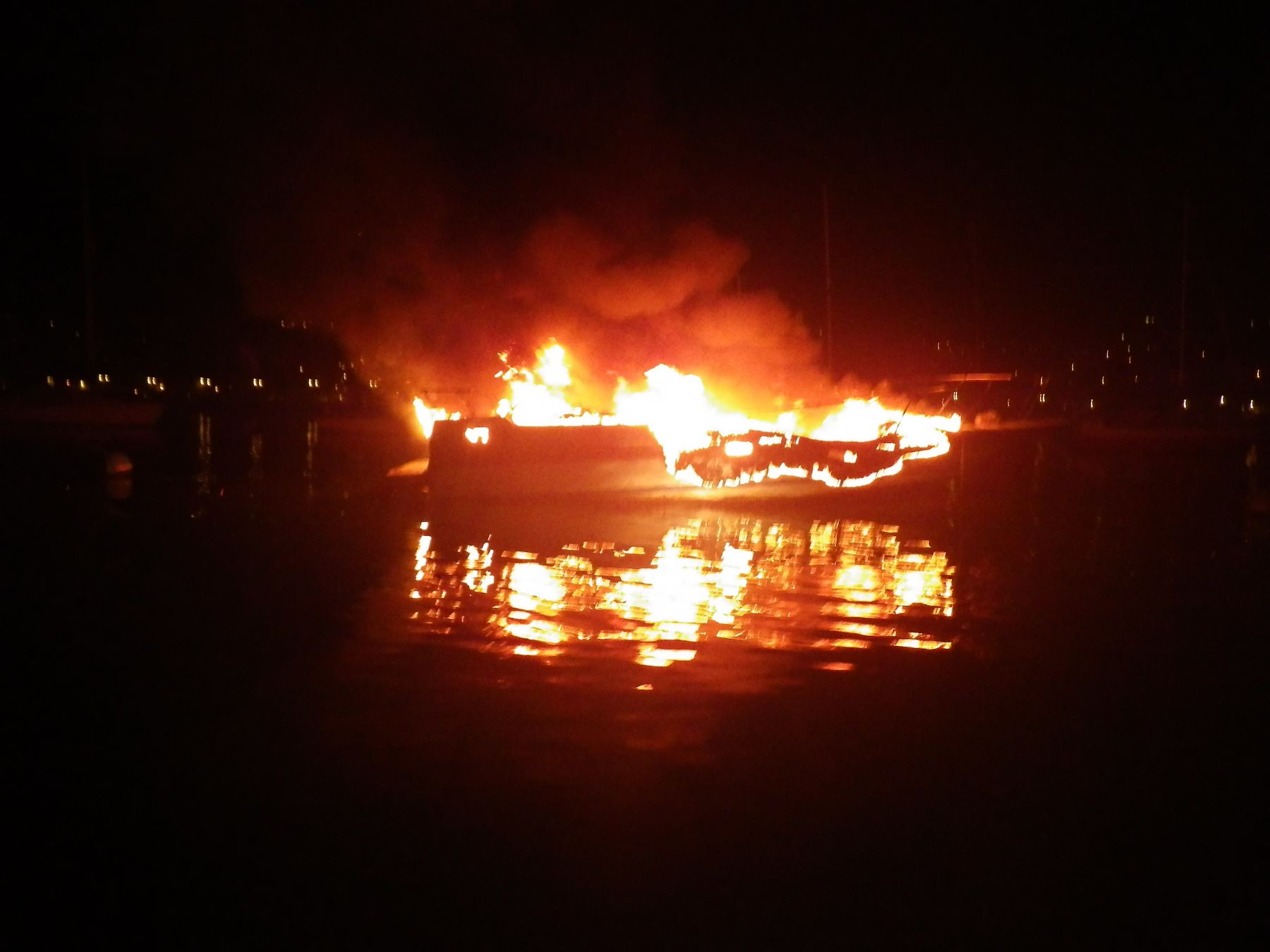 The Dart RNLI inshore lifeboat was tasked to attend a major fire on the 25 ft. Bayliner motor cruiser, Blue Storm. The owners were on board with their dog and, when they were unable to extinguish the accidental fire, they escaped in their own tender. They were subsequently assessed by an Ambulance crew as they were suffering from smoke inhalation. They were then given shelter by friends in Dartmouth. The inshore lifeboat took Fire Commander Andy Callan to assess the situation at the scene of the blazing boat. He ordered the first Dartmouth Fire Appliance to again be brought out on the Lower ferry and when they were in position asked the lifeboat to take 2 firemen on board with their hose running from the ferry so that they could get closer to the fire. The flames burnt through her mooring ropes and the cruiser drifted to the Kingswear shore. No other boats were close enough to be in danger. The incident took place right on low tide and the lifeboat crewmen were able to wade through the mud when the fire had burnt out and secure her to the Kingswear shore. The tug of the Lower Ferry briefly went aground and was towed off by the Dart lifeboat. The Torbay RNLI all-weather lifeboat arrived on scene at 00:10 but was unable to assist due to the shallowness of the water. She remained to escort the Lower Ferry until she was clear of the yacht moorings and both lifeboats were able to return to their stations. 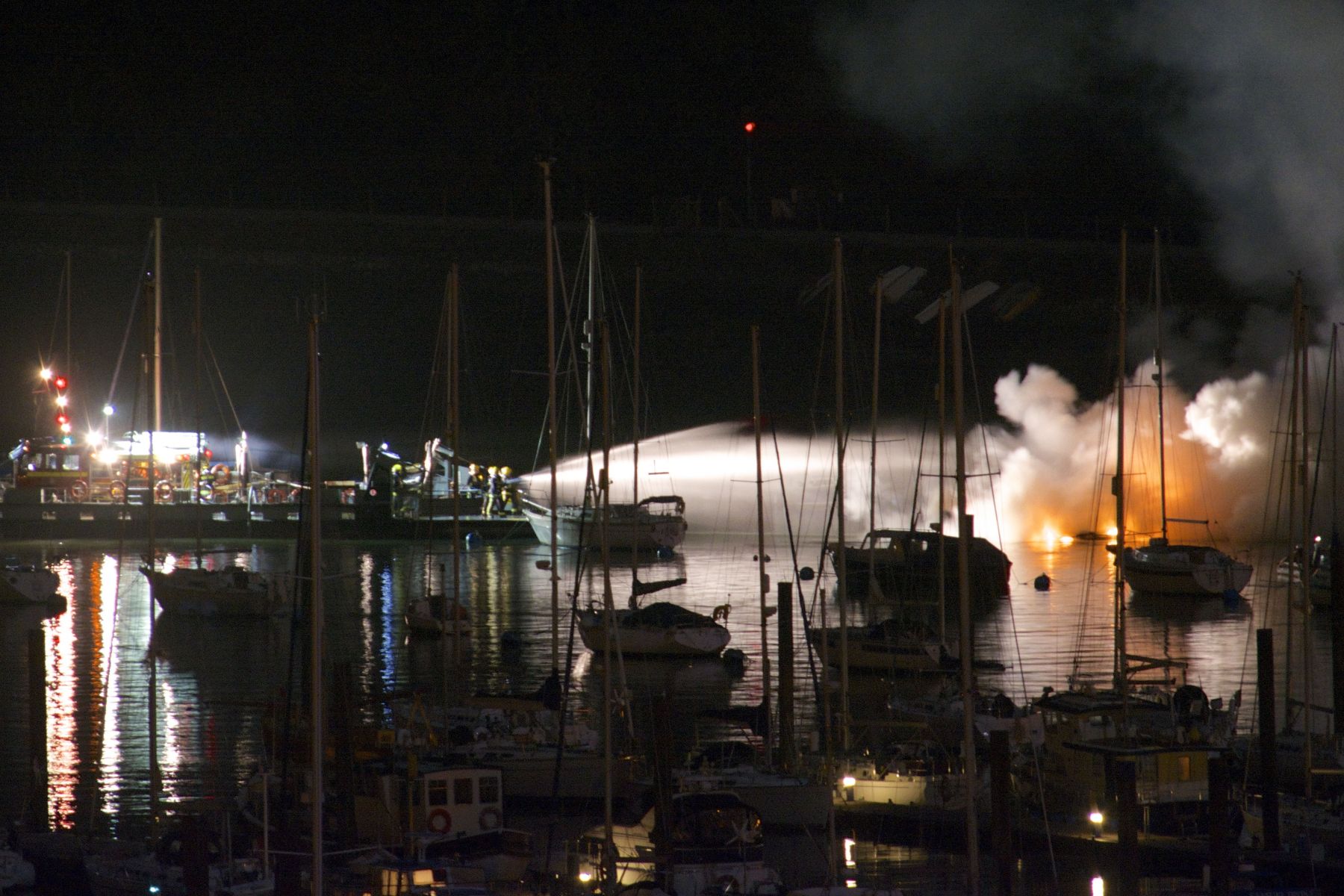