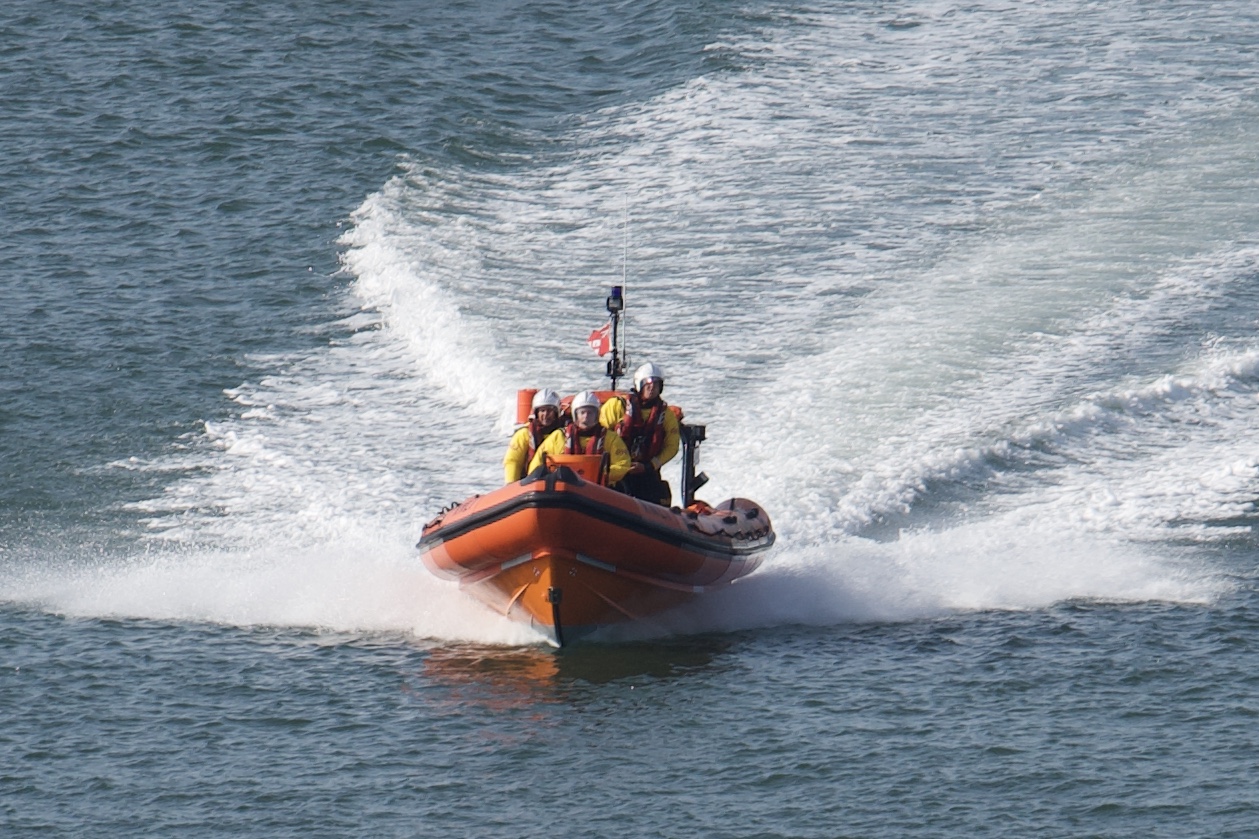 Three young men launched in a kayak from Blackpool Sands into strong onshore waves and wind. The alarm was raised by a visiting holidaymaker as they were swept away towards the rocks below Matts Point. The staff at the Venus Café called the Coastguard and the local Dartmouth Coastguard SAR team were deployed as well as the RNLI Dart B class Atlantic 75 inshore lifeboat and the RNLI Dart D class. The Coastguard helicopter, with a casualty onboard bound for Derriford Hospital in Plymouth, was diverted to pinpoint the position of the youths. Waves were reaching half way up the cliffs surrounding the cove as the three decided to try and swim ashore and were dumped on the beach by the waves. As the lifeboats arrived off the cove they managed to climb the steps unaided to the Coastguard team who had also just arrived. Back at Blackpool Sands two of the three were assessed by a First Aid trained crewman, Mark Conroy, who had swum ashore from the Atlantic B class. The youngest of the three was sent to hospital by ambulance for further assessment. 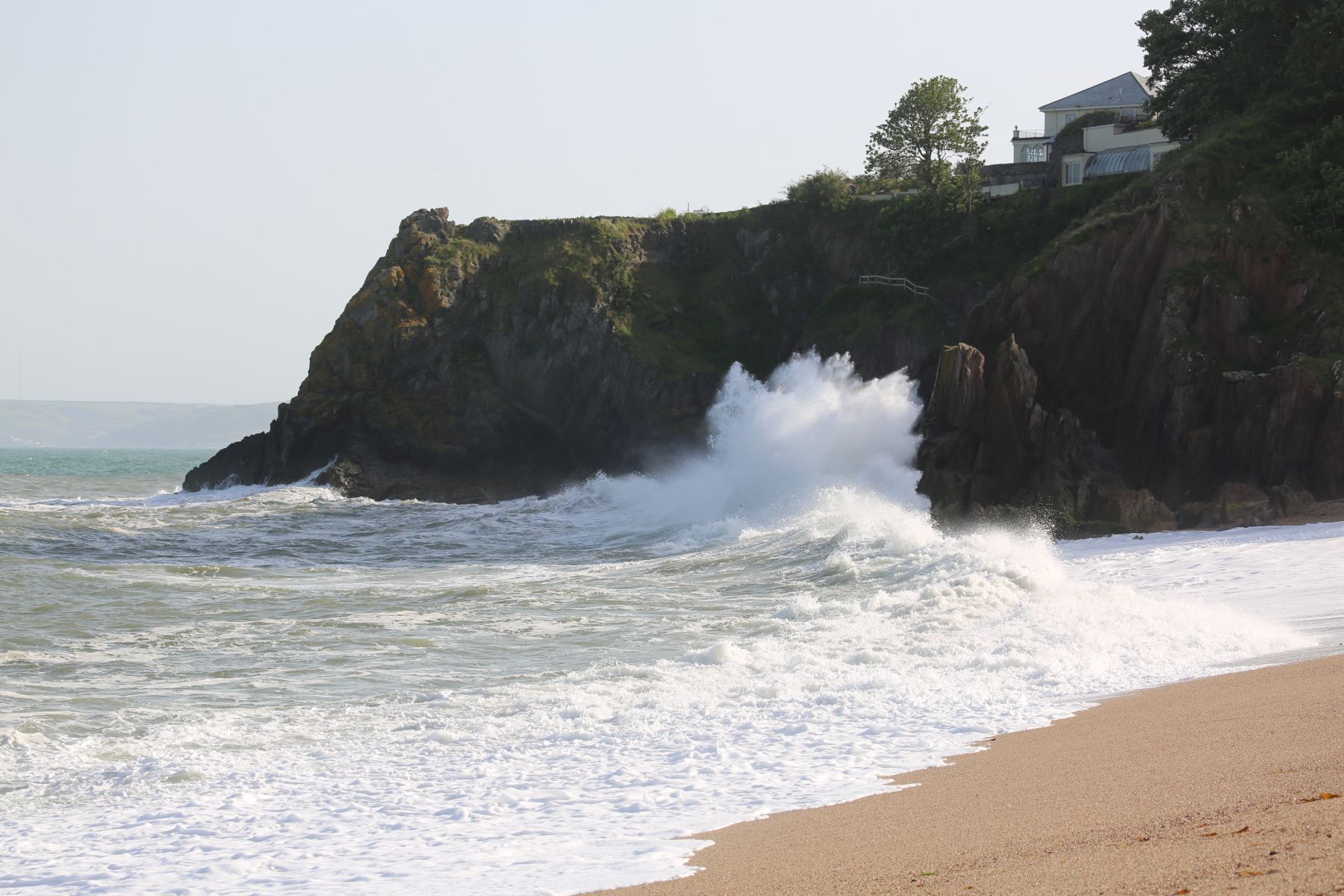 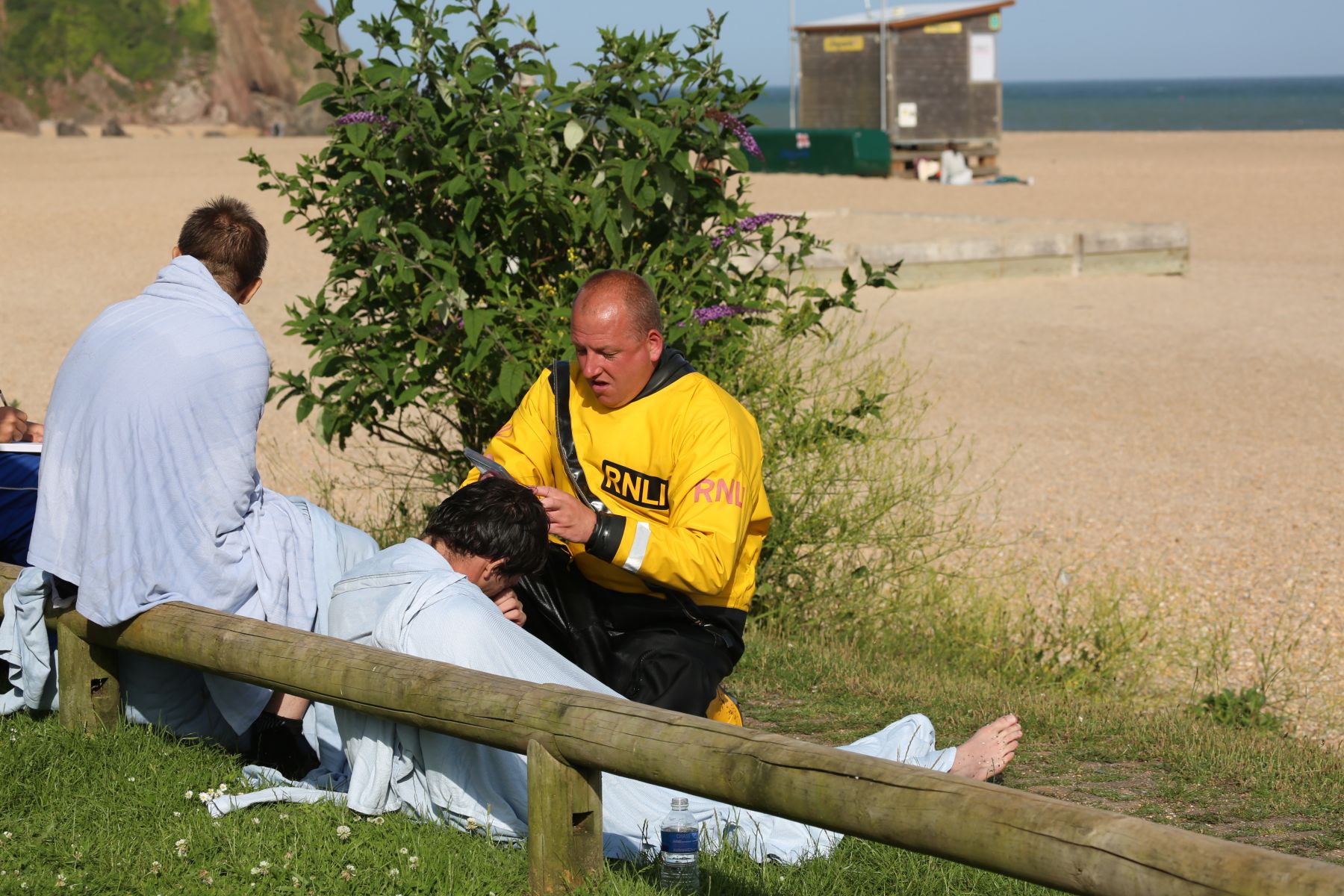