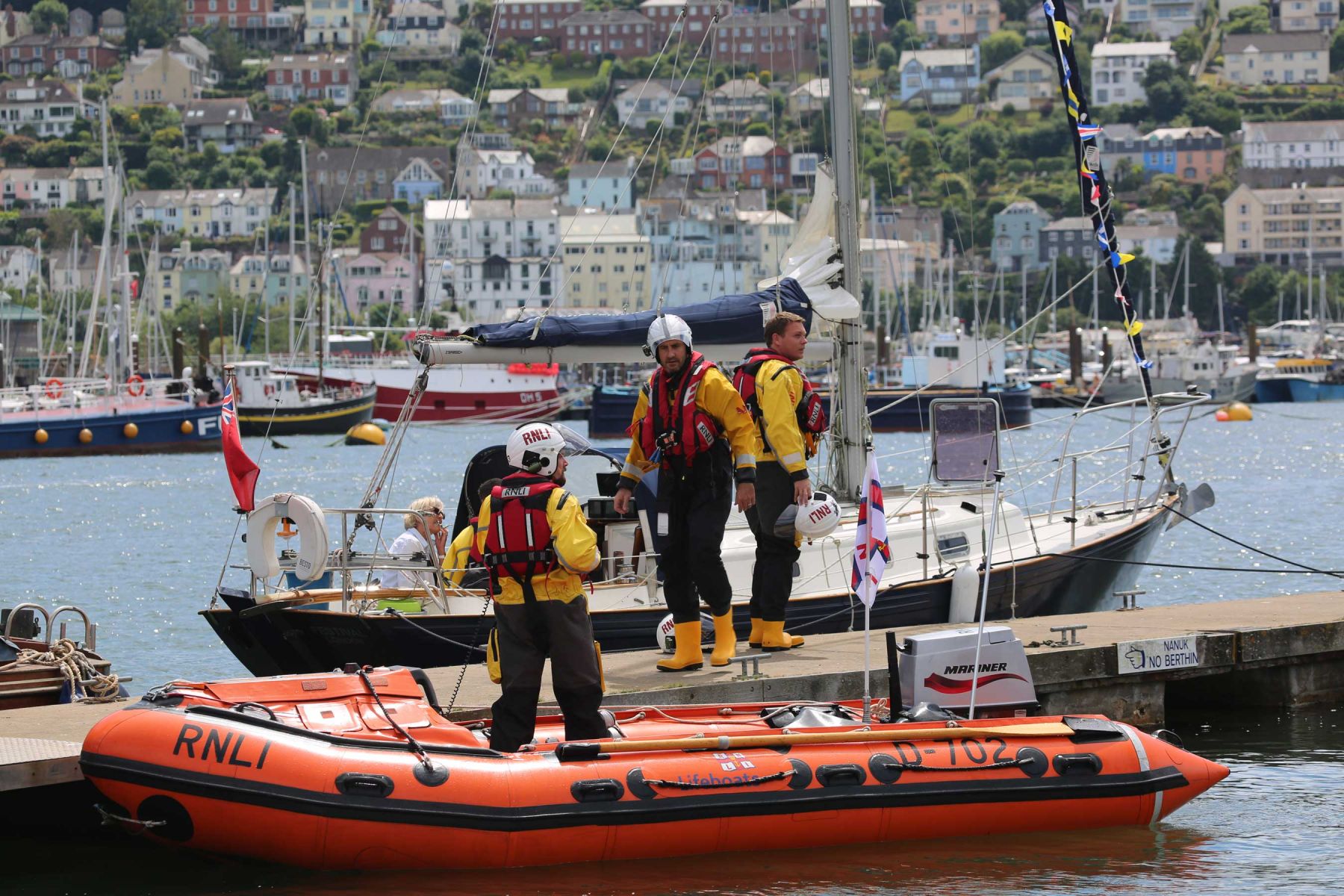 Ambulance Control, via Solent Coastguard, requested the RNLI Dart inshore lifeboat to attend a visiting yachtsman whose Twister 28 was taking part in the Channel Classics Regatta in Dartmouth.

He had fallen the previous evening on board and injured his left arm and chest. He was berthed on the DA pontoon with no connection to the shore but the call to the Ambulance service did not give his precise position in the harbour, hence the delay in finding him.

The RNLI inshore lifeboat crew provided casualty care until a S. West Ambulance Paramedic arrived and was transported to the casualty. Casualty and Paramedic were then taken ashore for onward transportation to Torbay Hospital.