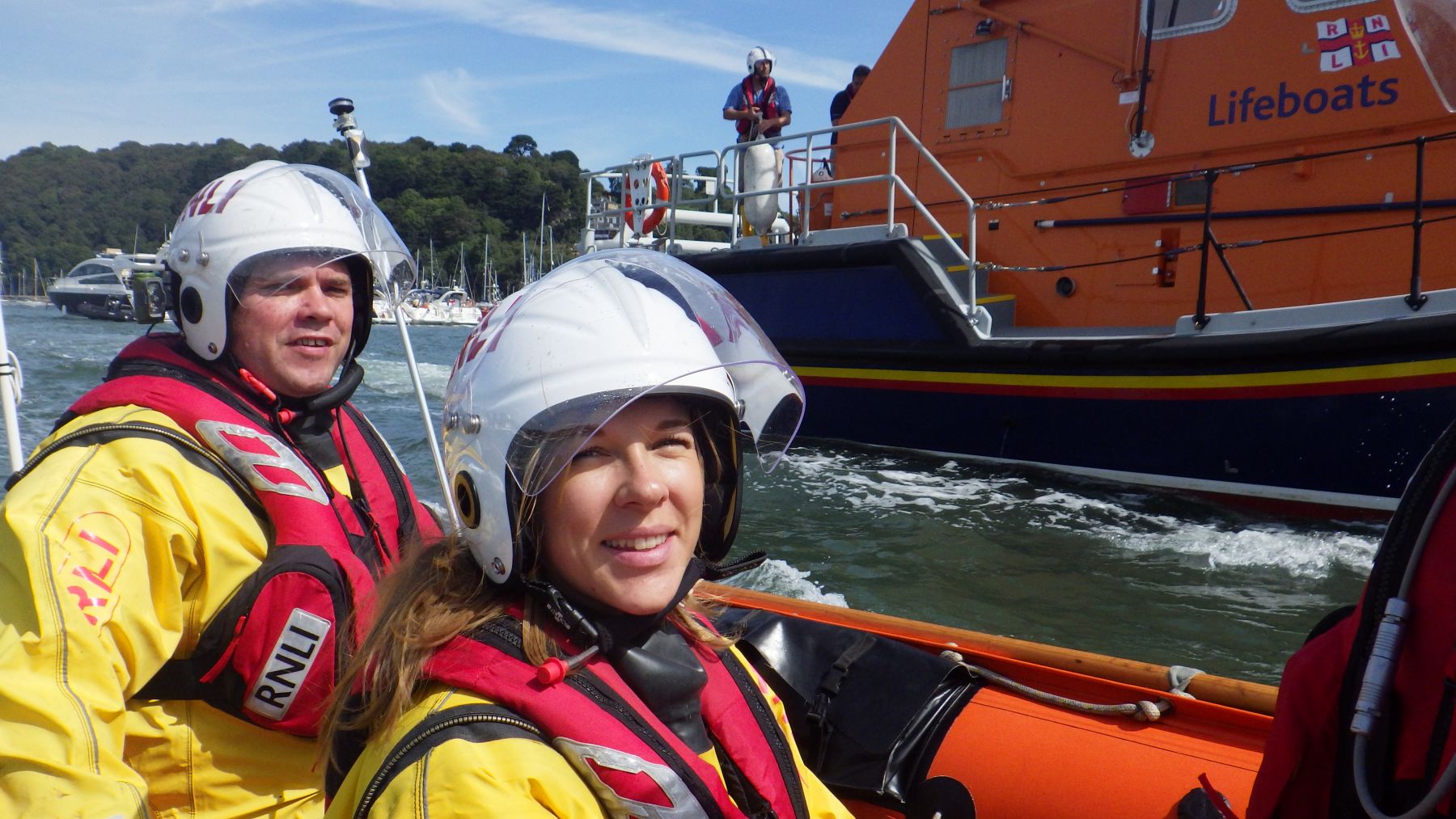 There were two RNLI Exercises during Regatta this year involving the RNLI Dart inshore lifeboat, the Torbay Severn class all-weather-lifeboat, the Salcombe Tamar class all-weather-lifeboat along with the Dartmouth Coastguard Search and Rescue team. For the first time the commentary broadcast to the public included contributions from the Dartmouth Coastguard, the lifeboats and John Fenton, Dart lifeboat Press Officer, to demonstrate how the rescues were co-ordinated.

The exercises took place downstream of the Town Pontoon, opposite the RNLI Visitor Centre. 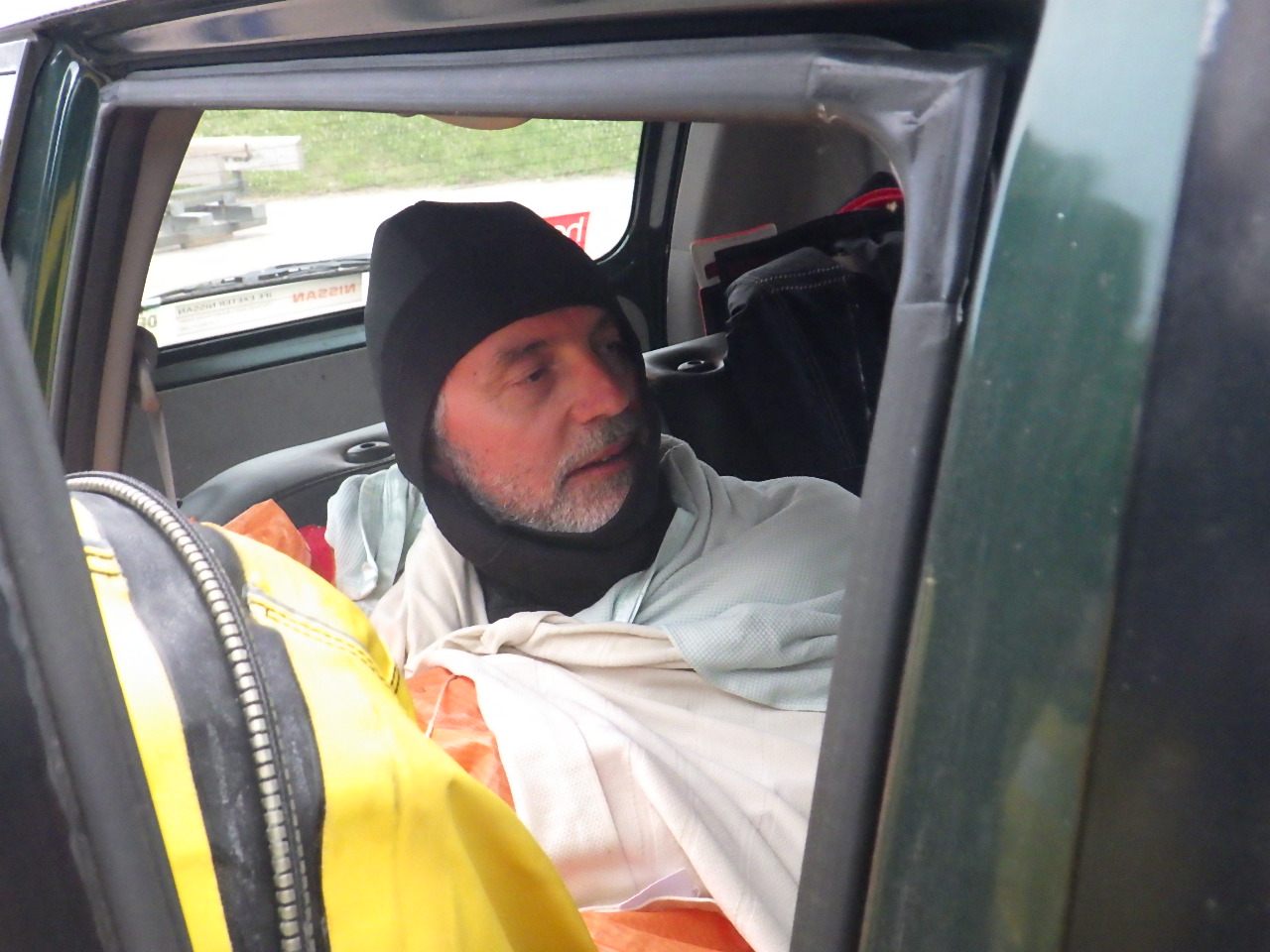 Photo: RNLI
First aid care for sailor after having been in the water

Operations.
This year is heading towards being our busiest yet. Yesterday’s launch to a day-fishing boat with engine failure was our 26th call out this year. Another record that was broken was the distance to a yacht that had an electrical fire and so lost their ability to pin point their position. They thought they were 4 miles offshore but the Dart crew found them 8.4 miles out to sea. Fortunately Torbay all-weather-lifeboat was also at hand and towed the yacht to Brixham.
Two separate yachtsmen fell from their craft and spent a considerable time in the Dart. The first was found by Dart Sailability clinging onto his yacht’s stepladder which was in the up position. The second was Simon Burton who fell from his Rib at Blackness Marine and was unable to get back onto the pontoon. Fortunately he was wearing his lifejacket but became very cold before help arrived to get him out. His wife had called the Coastguard immediately he went in and the lifeboat crew were on the scene very quickly to treat his developing cold water shock. An article concerning this rescue will be in the RNLI Lifeboat magazine in January 2018