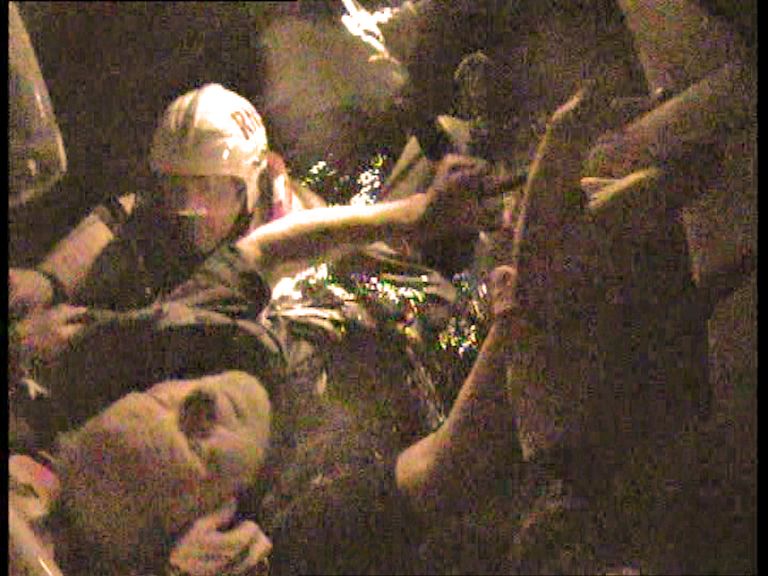 Photo: Chris Rampling RNLI
Haydn Glanvill jumped in to support the elderly man in the water.

The BBC series Saving Lives at Sea, demonstrating the lifesaving work of the Royal National Lifeboat Institution (RNLI), will once again be hitting TV screens from Tuesday 21 August 2018. Broadcast at 8pm on BBC2.

The popular 10-part documentary series features real rescues carried out by the charity’s lifeboat crews and lifeguards around the UK and Ireland.The first episode will be shown on Tuesday 21 August at 8pm on BBC Two and will feature, among other stories, a dramatic rescue of a fisherman swept overboard, a stunning show of bravery as a father is saved by his teenage son, and a race against time to save a woman trapped by the tide on top of her car.

The second episode, which follows in the same week on Thursday 23 August, sees a teenage girl with potentially life-changing injuries rescued following a watersports accident, as well as a stranded kayaker and an elderly man falls into the water at 11pm in Dartmouth harbour.
This rescue; Launch 341 “Man in the water at Hoodown” took place on 23 September 2017. You can see how we told the story on the local station web site www.dartlifeboat.org.uk and finding it under the launches tab.

Filming took place over the past year, with lifeboat crews and lifeguards carrying special cameras and welcoming film-makers into their day-to-day life. Rescues from the RNLI’s archives are also revisited, and we get a glimpse into the everyday lives of the thousands of men and women who give up their time to save lives.

Last year alone, RNLI lifeboat crews around the UK and Ireland launched over 8,400 times, assisting over 8,000 people, while the charity’s lifeguards responded to 17,414 incidents and saved the lives of 127 people on some of the UK’s busiest beaches.

Saving Lives at Sea will be broadcast on BBC Two and will continue throughout August, September and October.

Dartmouth regatta.
There will be two RNLI demonstrations during this year’s regatta, although unfortunately the joint working of the local lifeboat with the Royal Navy’s Sea Kings is no longer be possible.
Regatta Friday 31 August 6pm. Dart D class lifeboat will be carrying out a joint rescue with Salcombe’s Atlantic 85 B class. The demonstration will take place between the Town Pontoon and the Lower ferry.

Regatta Saturday 1 September 1pm. Dart D class lifeboat will be carrying out a joint rescue with Salcombe’s Tamar class all weather lifeboat. The demonstration will again take place between the Town Pontoon and the Lower ferry.

Latest News Release and video on the www.rnli.org.uk  web site. On 9 August we were asked to respond to a crewman with acute chest pain on a 14m fishing boat 2 miles off Dartmouth. The Coastguard paramedic was also winched aboard. Click on Magazine and then search for Dart. The video was shot with a GoPro camera mounted on Katy Locke’s helmet. 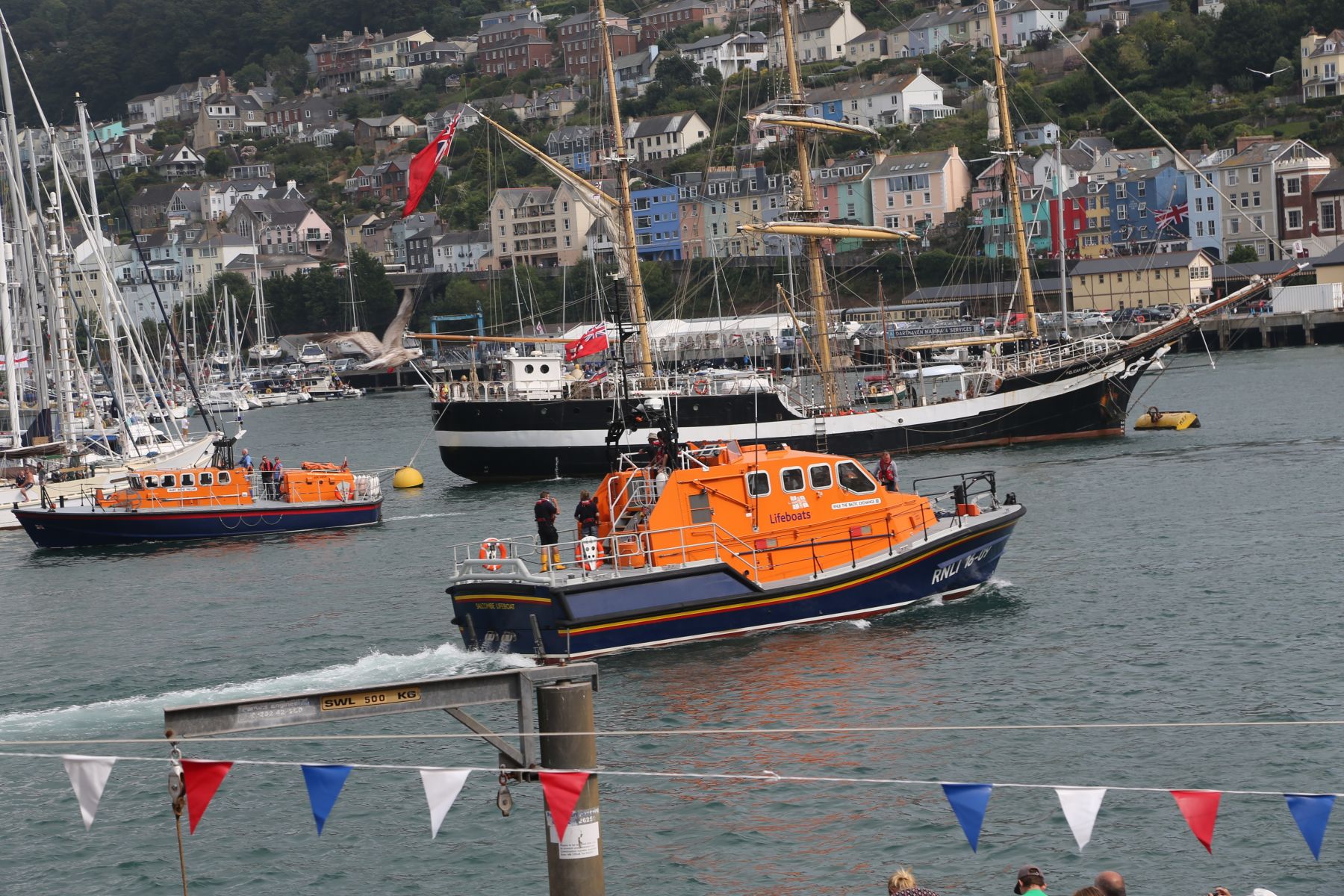 Photo: Lynne Tracey
The Tamar all weather lifeboat from Salcombe in the 2017 Regatta