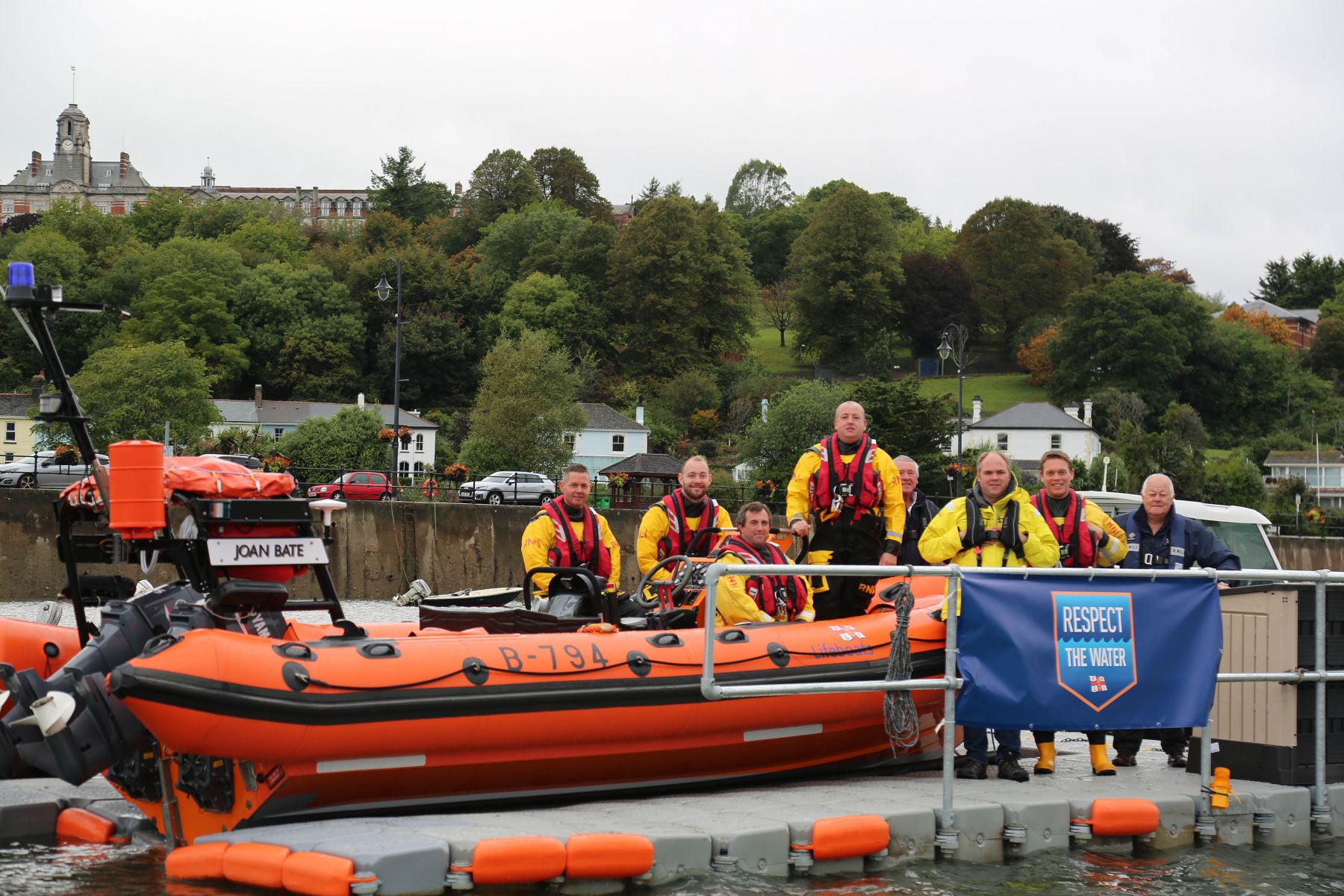 The lifeboat Joan Bate was on service at Salcombe RNLI until January 2018, where she launched 282 times and saved 11 lives during her 14 year service.

She arrived in Dartmouth on Wednesday much to the delight of the 21-strong volunteer crew at Dart RNLI, having travelled by trailer from the RNLI’s Inshore Lifeboat Centre in East Cowes,

Volunteer Lifeboat Operations Manager Mark Strudwick said: ‘We are delighted to welcome the Joan Bate to our station and look forward to putting her to good use on the River Dart during this trial. Our volunteer crew are undertaking intensive training to get up to speed with the new lifeboat and her capabilities before she goes on service later this autumn. This is an exciting time for Dart RNLI as we look to the future and see whether an additional lifeboat to work alongside our current D class lifeboat is a viable option.’

The B class Atlantic 75 class lifeboat is the fastest in the RNLI’s fleet, with a top speed of 35 knots. It’s designed as a very capable fast response craft able to operate in more challenging sea conditions and has a greater night capability than the smaller D class.

The D class lifeboat will remain on service throughout as Dart’s permanent lifeboat.

A review was carried out in 2017 and indicated a potential need for a B class lifeboat stationed at Dartmouth based on the number and type of incidents that the station has responded to over the last five years. The review considered the number and types of rescues carried out by each lifeboat, changing trends and water use within the area, search and rescue demands, costs, as well as future needs. As part of this review, both Dart and neighbouring Torbay and Salcombe lifeboat stations were involved in feeding into the review to help build an all-round picture for consideration.

Simon Crayfourd, Area Lifesaving Manager, adds: ‘The arrival of this trial lifeboat marks a milestone for Dart RNLI and we will watch with interest to see how this asset will benefit not just the volunteer lifeboat crew but the entire water community who enjoy the River Dart and the surrounding areas.’

The trial will begin officially once all volunteer crew have been trained and assessed in using the new vessel, expected later this autumn.