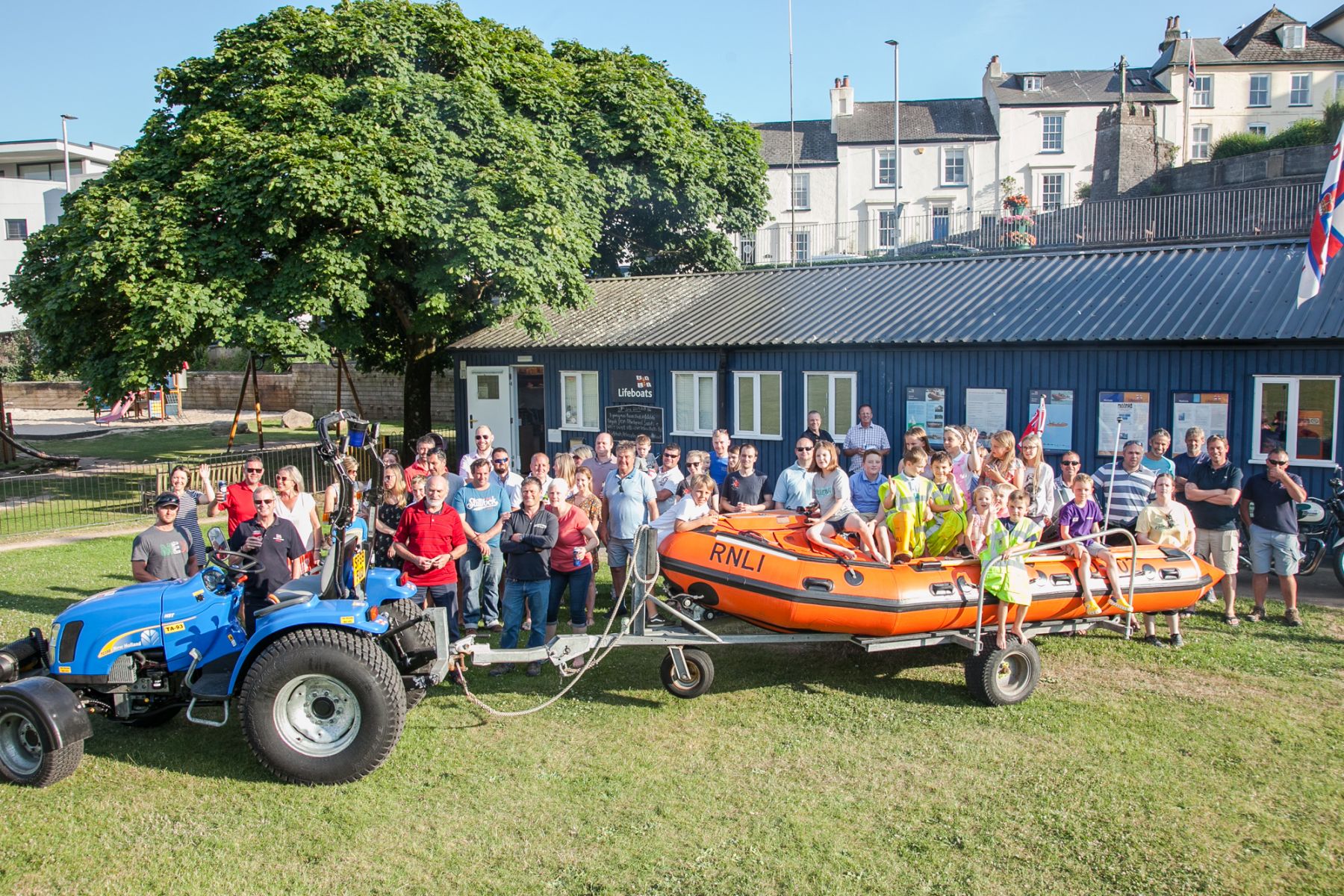 Photo: Stuart Millard / RNLI lifeboat crew
The crew held a farewell party for the Spirit of the Dart.

D702 was donated by Caterfoods SW and was handed over to the RNLI by their Chairman, Mike Felton. She was launched on service 327 times. Her first two launches were on the day of her Naming Ceremony, 7 August 2008.
D702, and her replacements when she was away from Dartmouth being serviced, launched 375 times between 24 November 2007 and 10 July 2019. The RNLI volunteers used the Dart D class lifeboat to rescue 644 people and saved 12 lives.

The area covered by any particular launch is decided by the Deputy Launch Authority and the helm of the lifeboat. As well as shouts to go up the Dart to Totnes and beyond, in her time the Spirit of the Dart has been called to a yacht which claimed she was three miles offshore but turned out to be seven. On another occasion a motor boat called for assistance off Beesands and was swept round Start Point by the tide. On these last two occasions D702 reached the casualty and then requested assistance from our flank stations at Torbay and Salcombe respectively.
It is RNLI policy to replace their inflatable lifeboats after 10 or 11 years depending on their use. RNLI Dart has been the second busiest station with only one inshore lifeboat so she certainly qualifies. The RNLI has not yet decided on how she will be used in future. All weather lifeboats often have an offshore mooring a short distance from the lifeboat berth which is used in severe weather. The crew are taken out to their vessel on a “Boarding boat” and she might become one of those.

We are extremely fortunate that the Fuller family, who once lived in Dartmouth, have donated the money for a new D class lifeboat D838 in memory of Mrs Fuller’s aunt.
The Naming Ceremony and blessing of the new boat will take place at 2pm on Coronation Park outside the lifeboat station. The BRNC Volunteer Band will be playing during the ceremony and afterwards. Invited guests will be seated and be given a cream tea afterwards. The general public are warmly urged to attend and will be able to clearly see and hear all that is going on.