Atlantic 85 lifeboat B825 arrived on transport from the relief fleet in Poole and was craned in from the South Embankment.

Today Dart Lifeboat station took delivery of an Atlantic 85 Inshore Lifeboat (ILB) which has come after a successful two year trial to determine the effectiveness of a second lifeboat in the river Dart.  Approval was granted by RNLI Trustees earlier this year to replace the aging trials boat, an Atlantic 75, with the larger, more modern and capable Atlantic 85. The new boat features an additional 4th crew seat, as well as an integrated communications system, radar and direction-finding equipment to enhance its Search and Rescue capability, along with advanced navigation systems. Powered by powerful twin 115hp four stroke engines, the lifeboat is also faster and more economical than its predecessor, and is also friendlier to the environment. 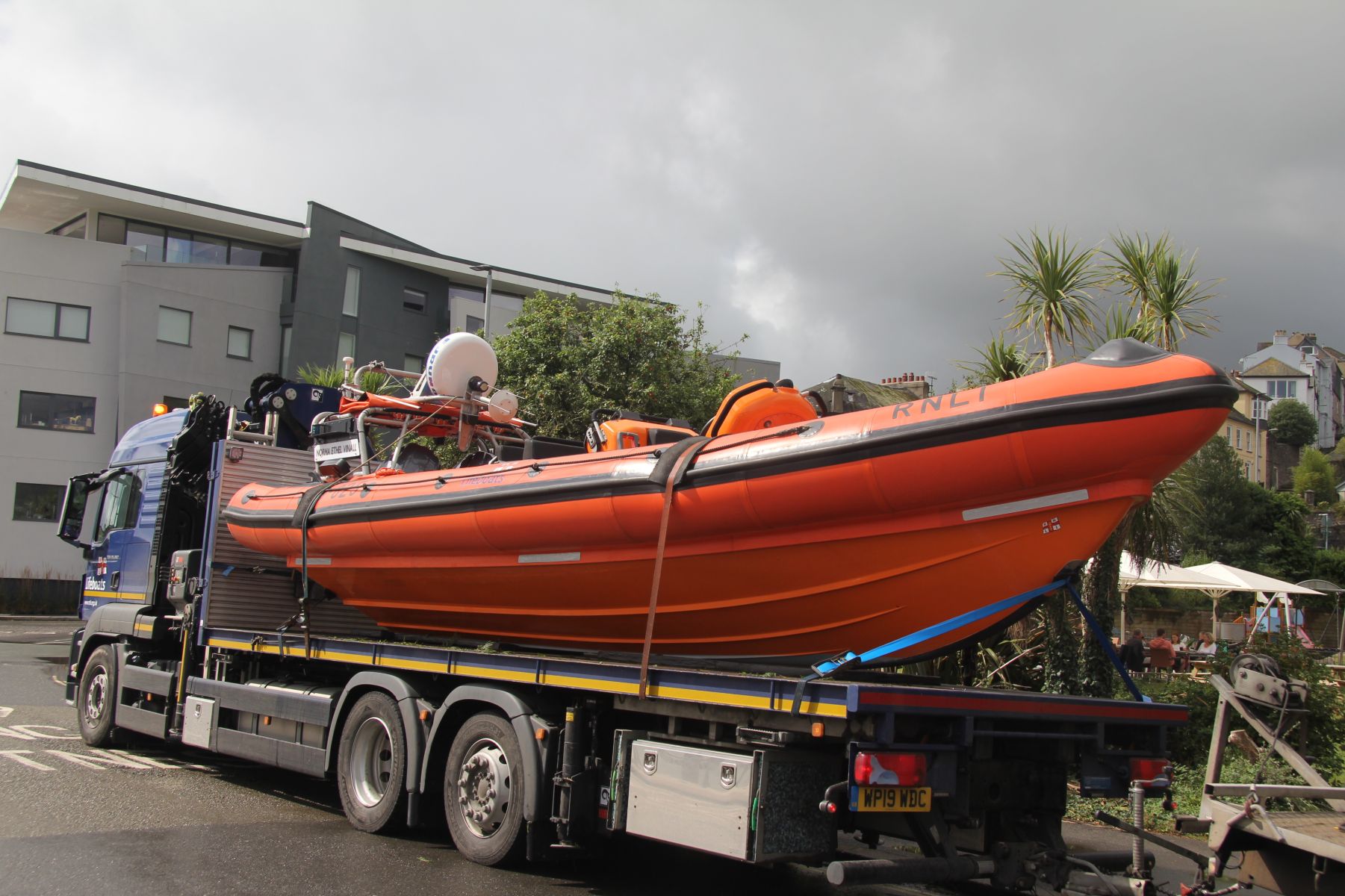 Photo: John Fenton RNLI Dart LPO
B825 arrived on transport from the relief fleet in Poole 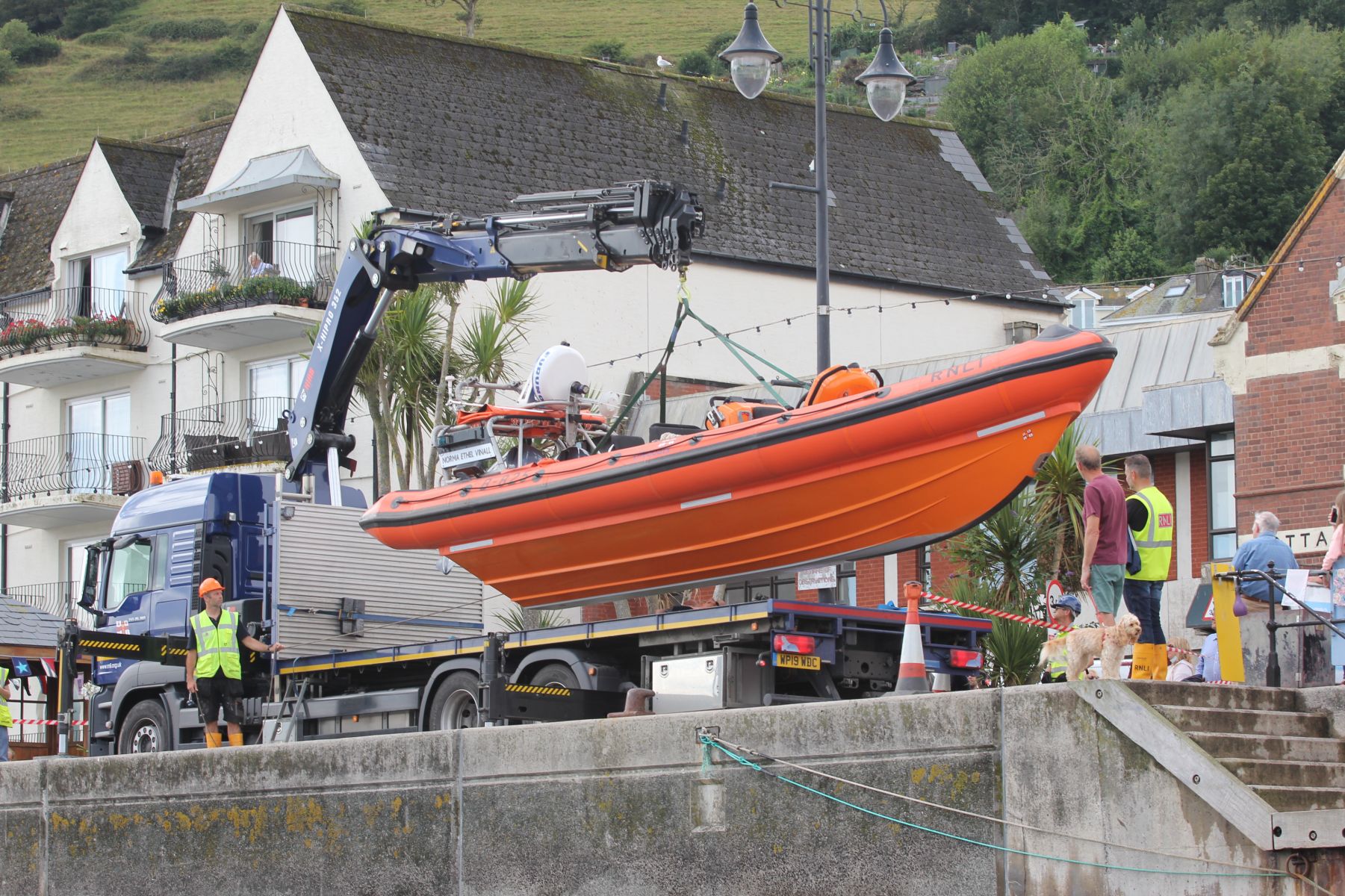 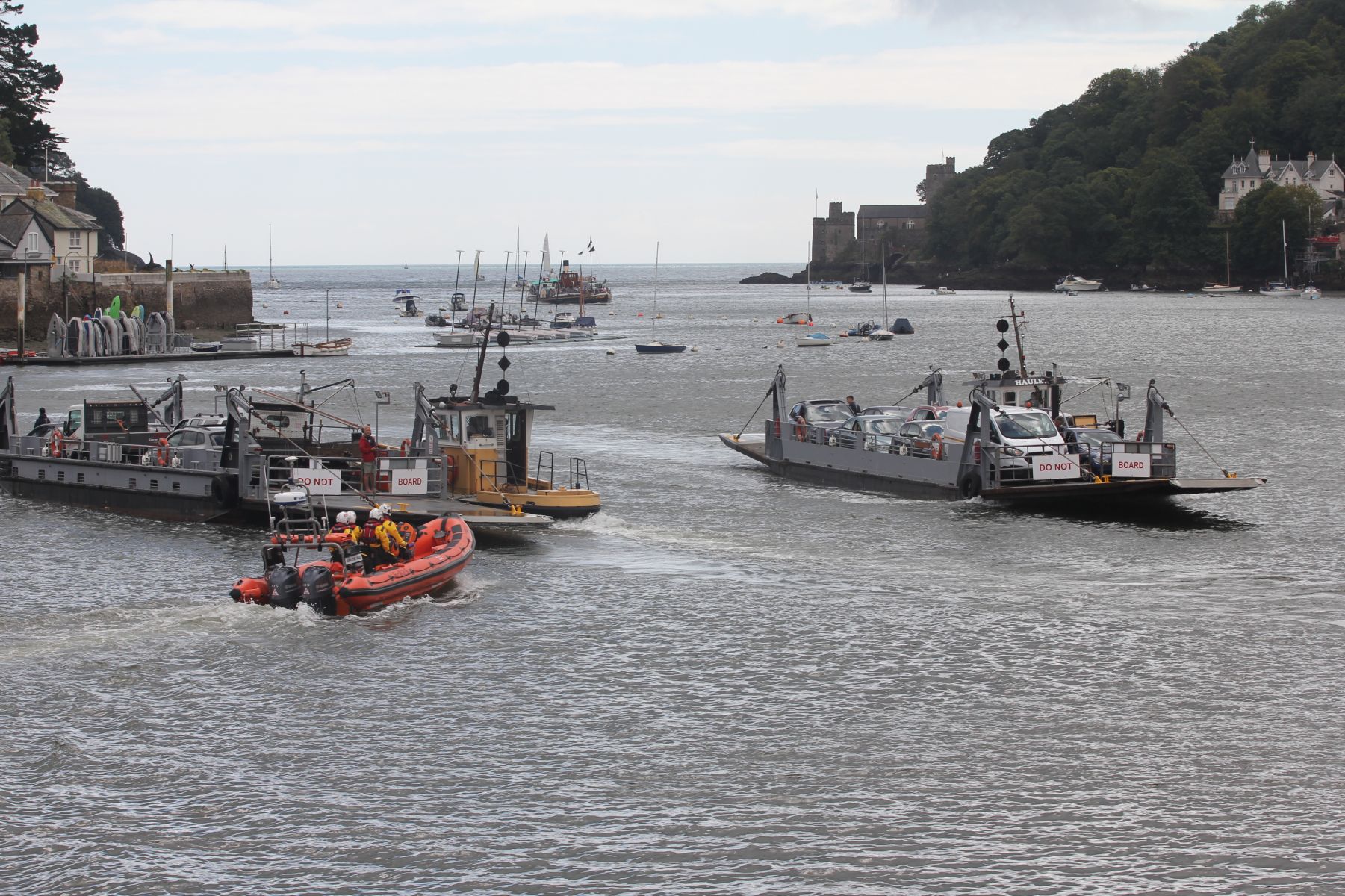 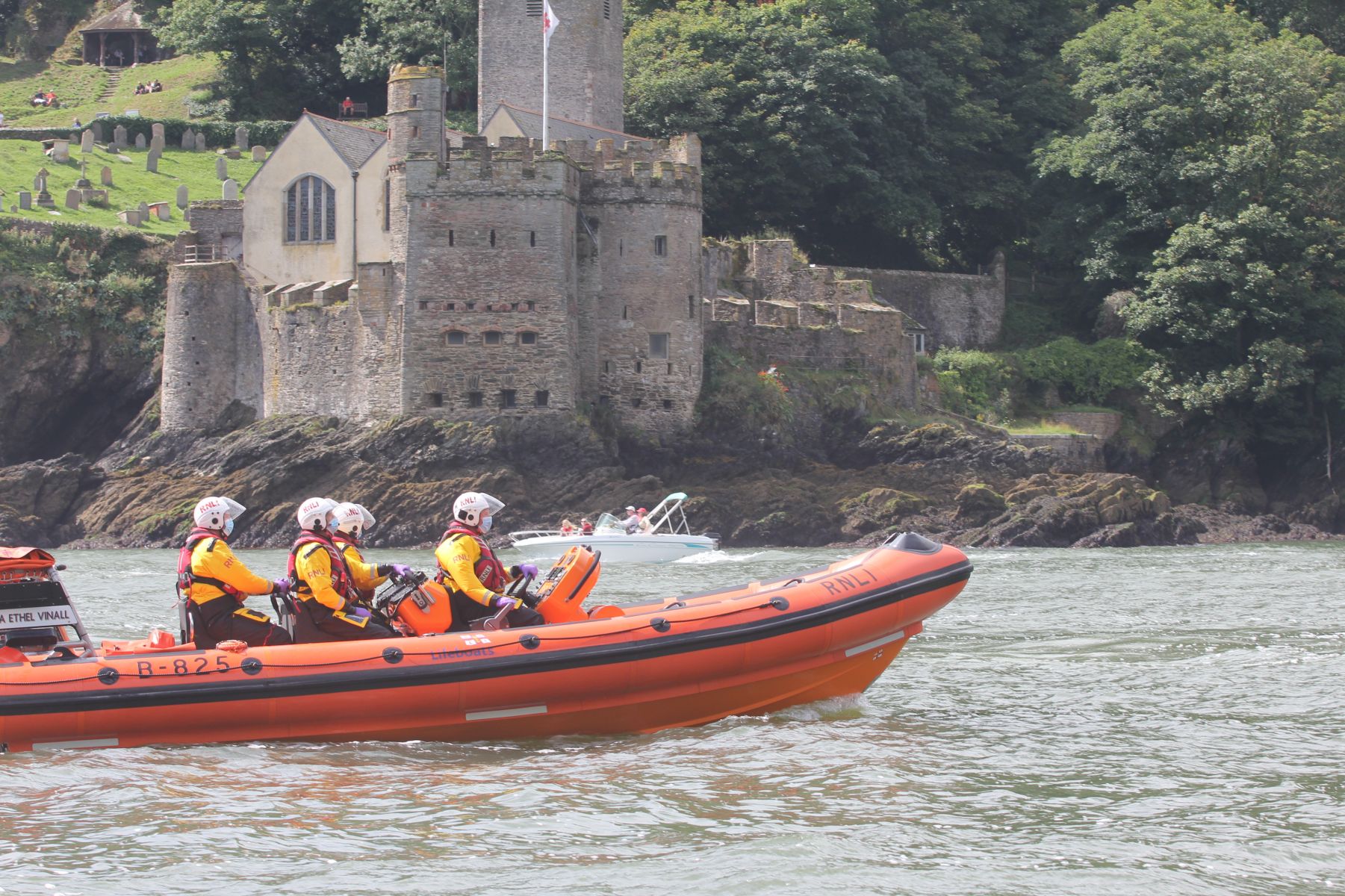 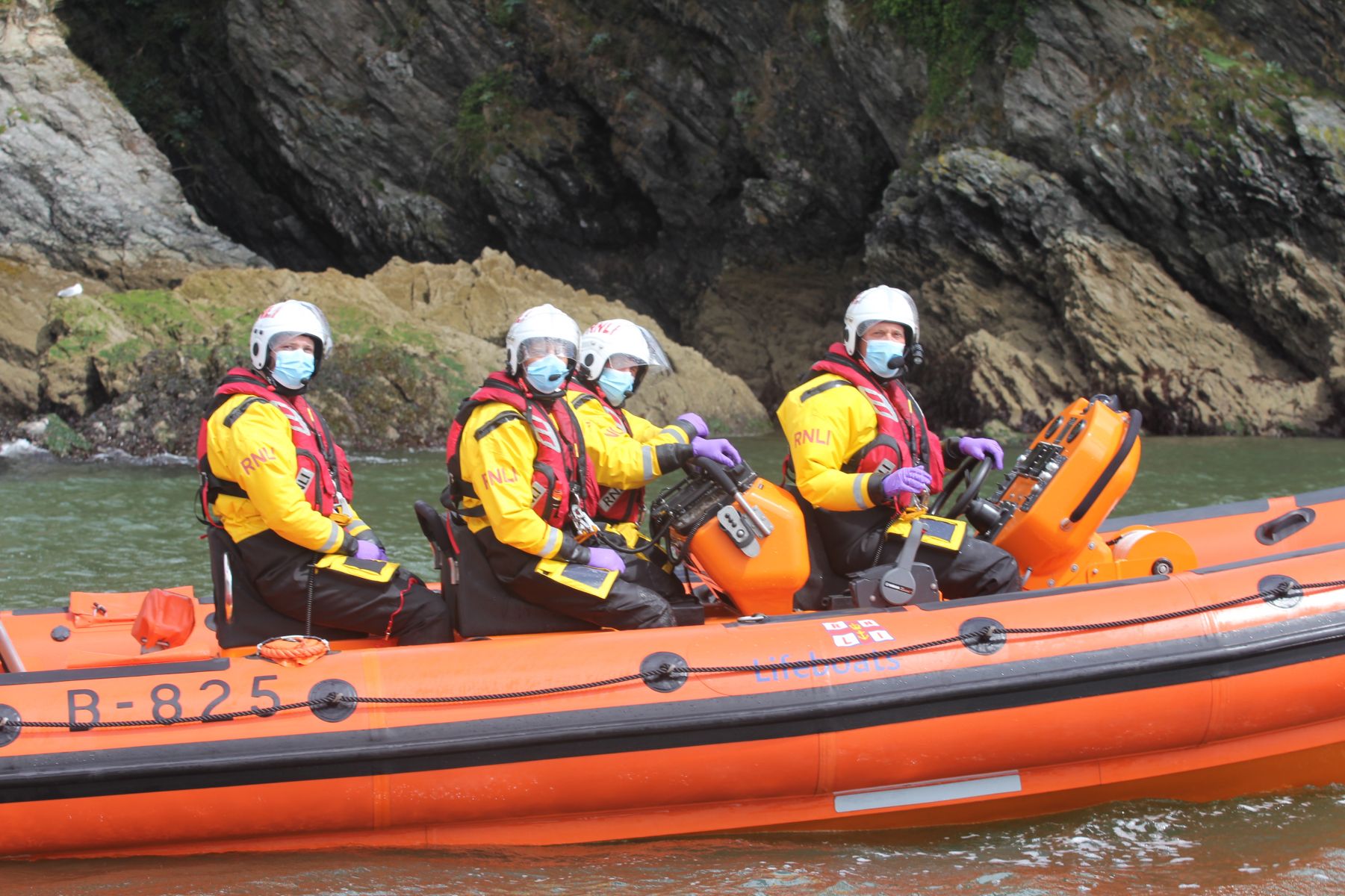 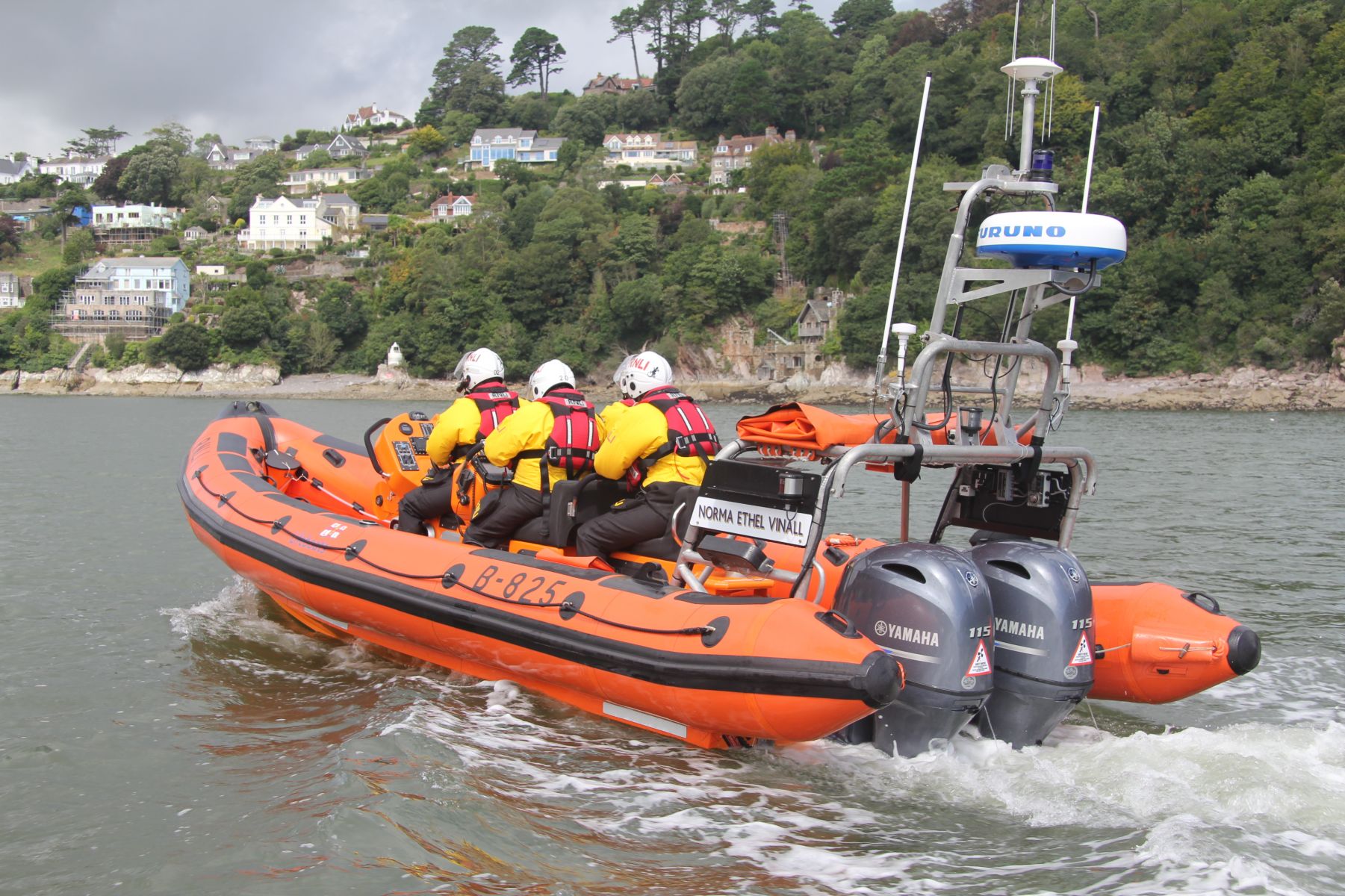 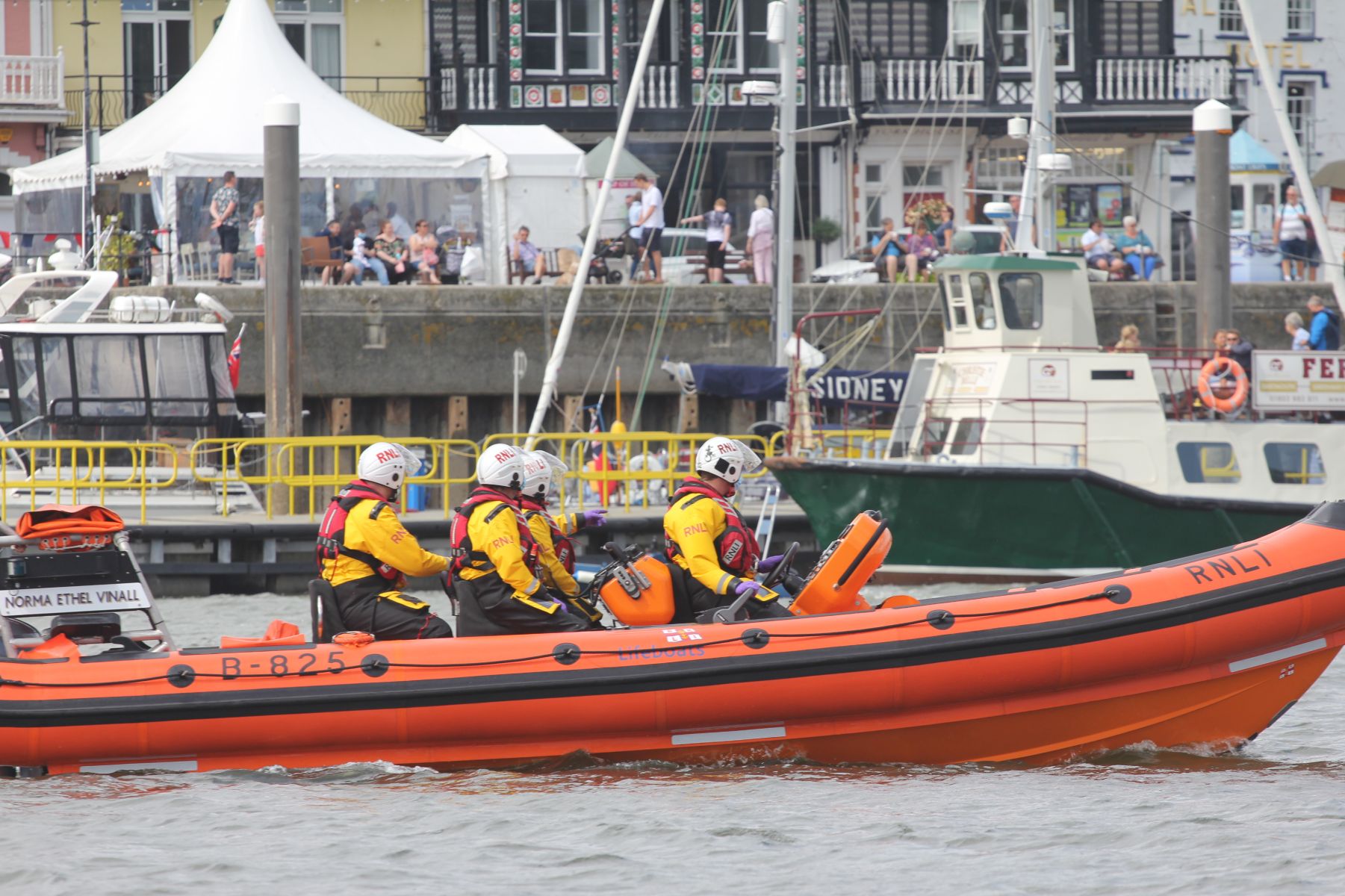 Photo: John Fenton RNLI Dart LPO
Photos of B825 on the river were taken with the assistance of Dart Harbour 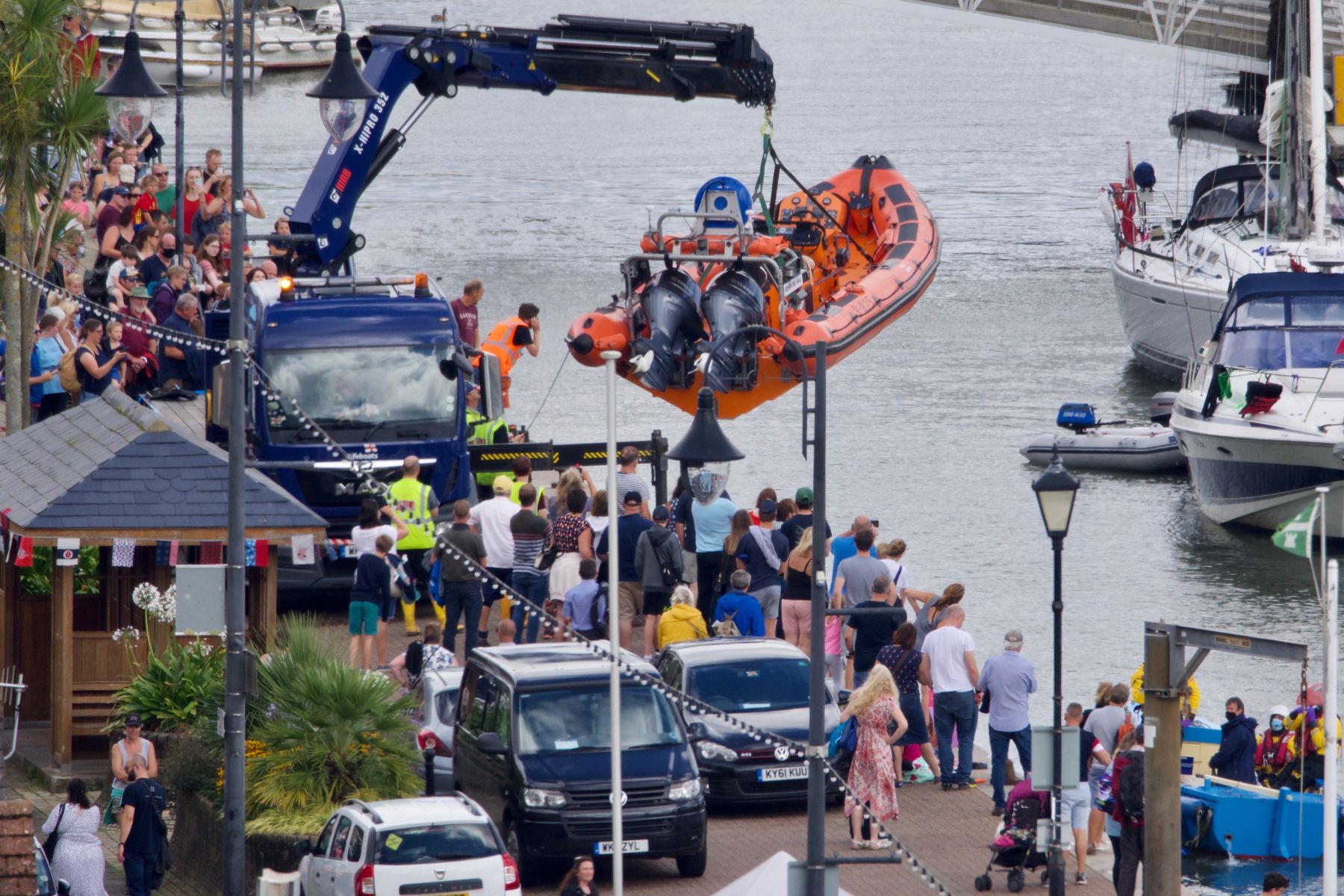 Photo: Andy Kyle/RNLI
B825 was craned afloat from the Dartmouth South Embankment 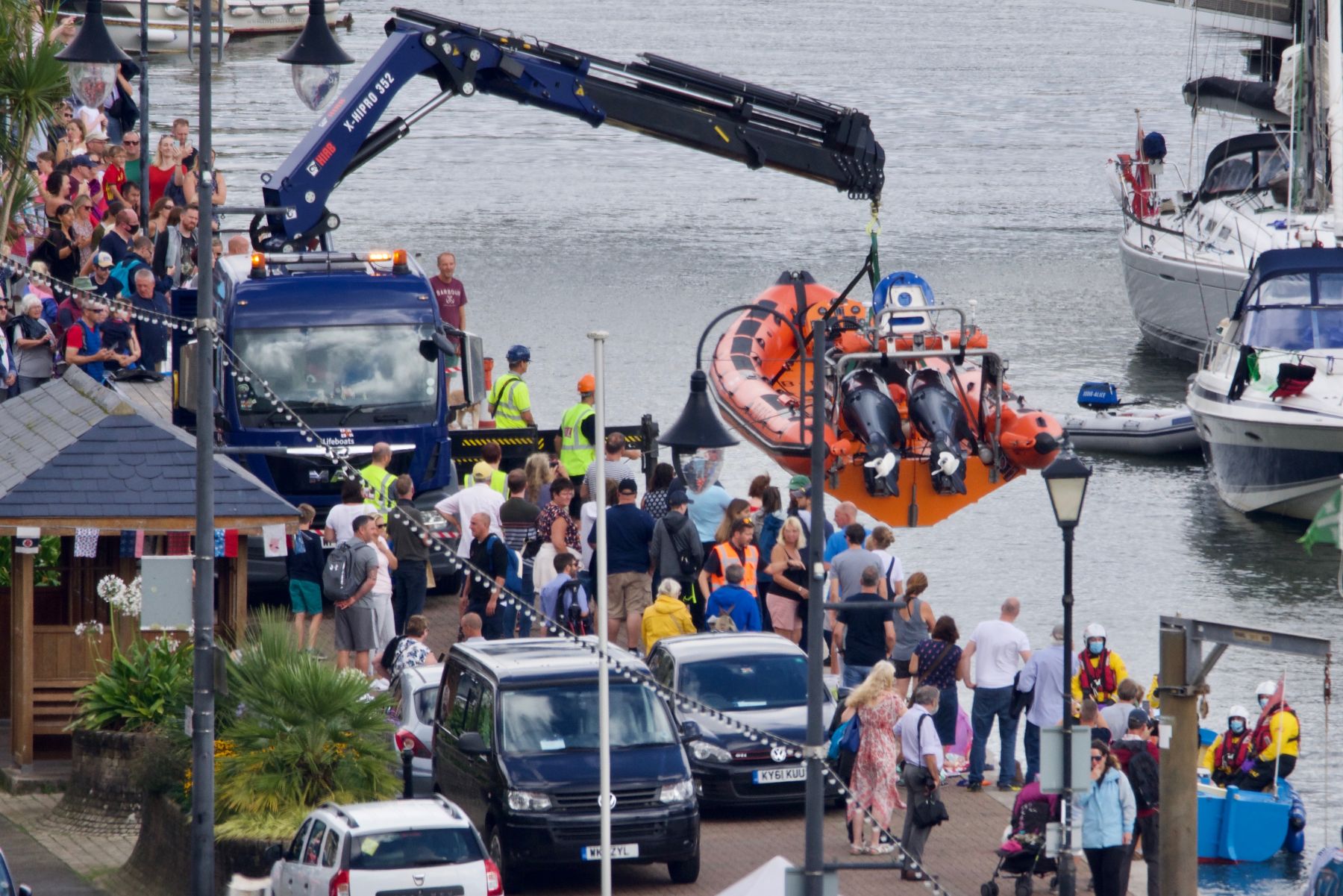 Photo: Andy Kyle/RNLI
The Embankment was crowded with spectators of the launch 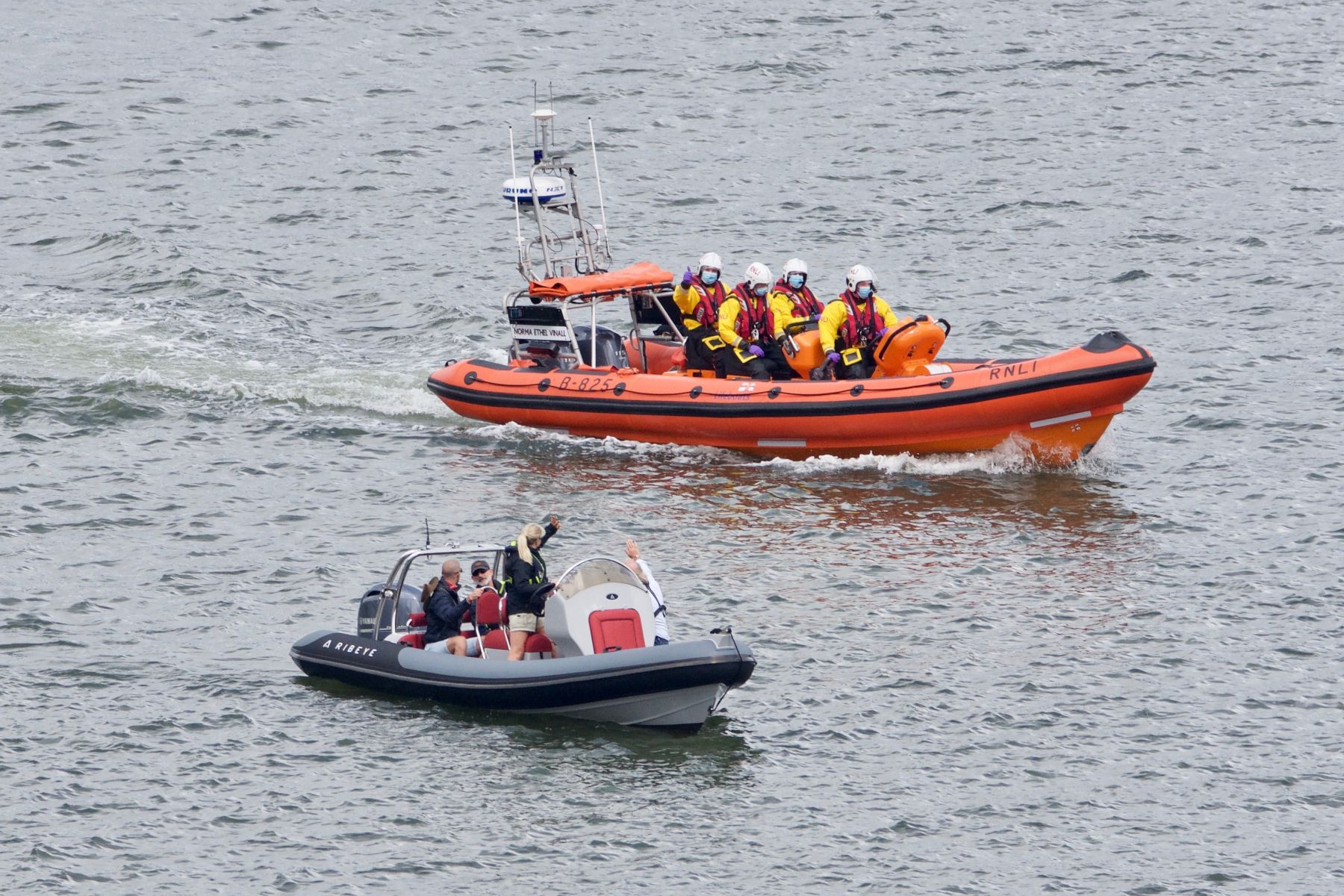 Photo: Andy Kyle / RNLI
The Atlantic 85 was taken for a short familiarisation exercise in the harbour 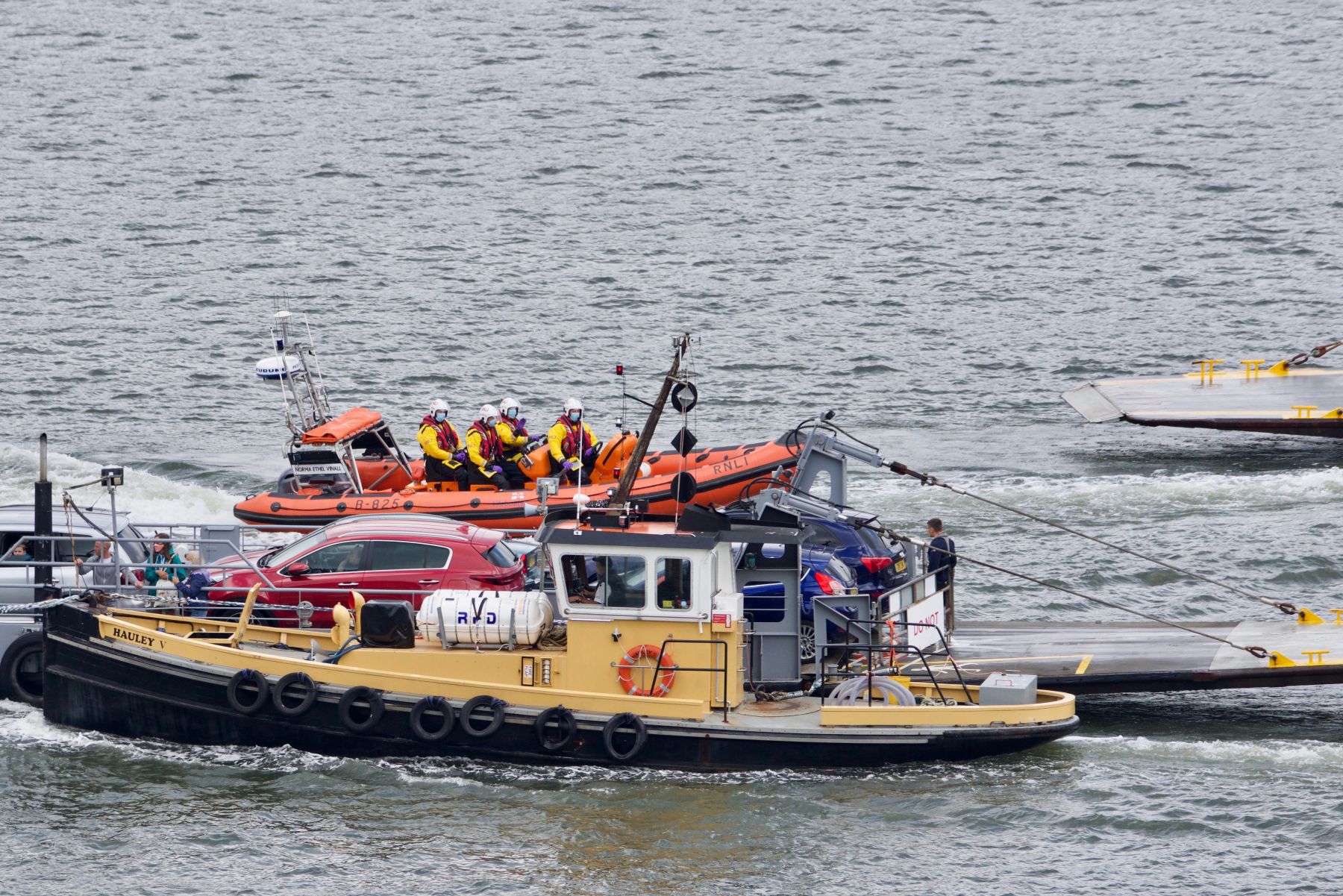 Photo: Andy Kyle / RNLI
The telephoto lens makes it look closer than it was between the ferries! 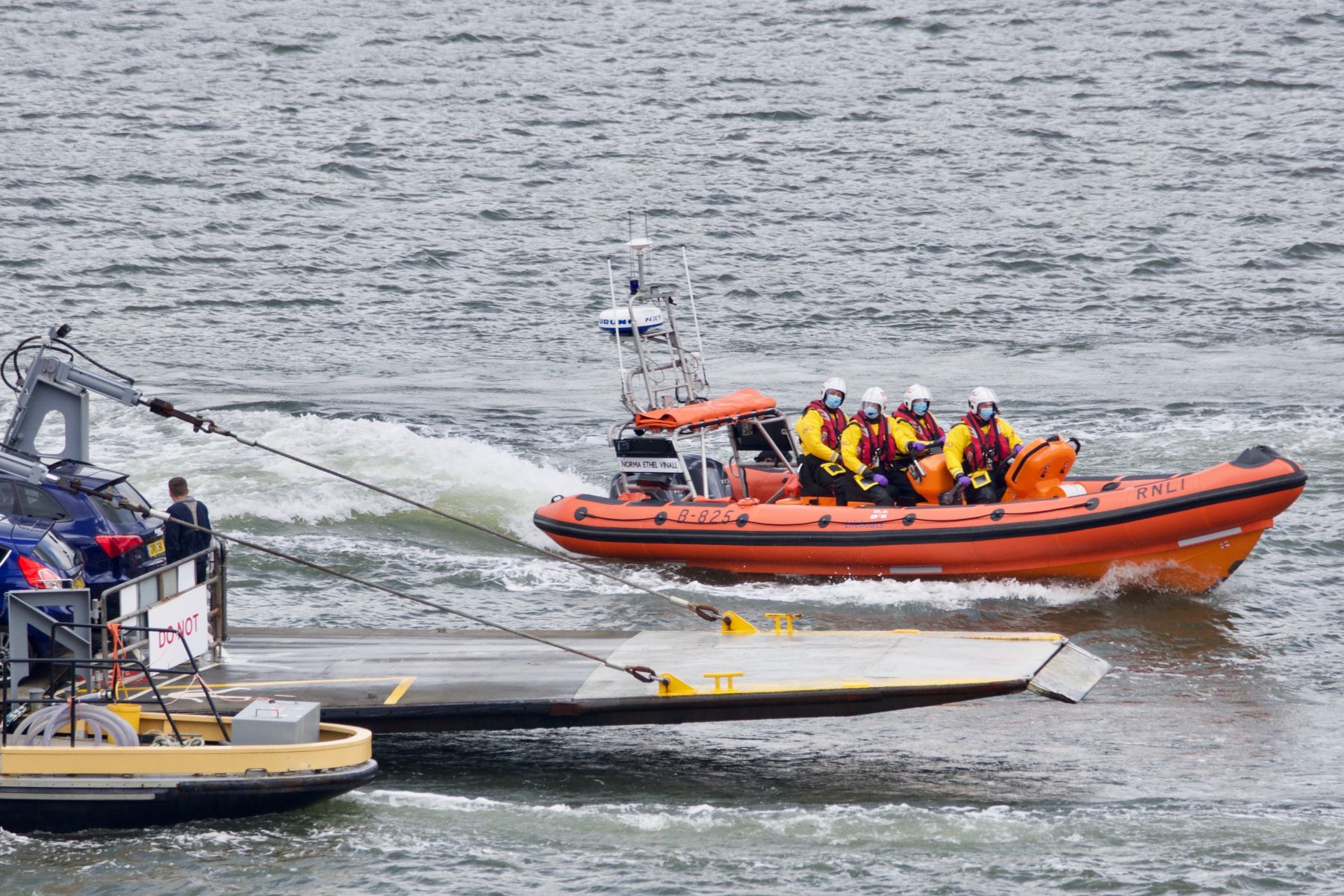 Photo: Andy Kyle/RNLI
The ferries are often the 1st to raise an alarm in the harbour. 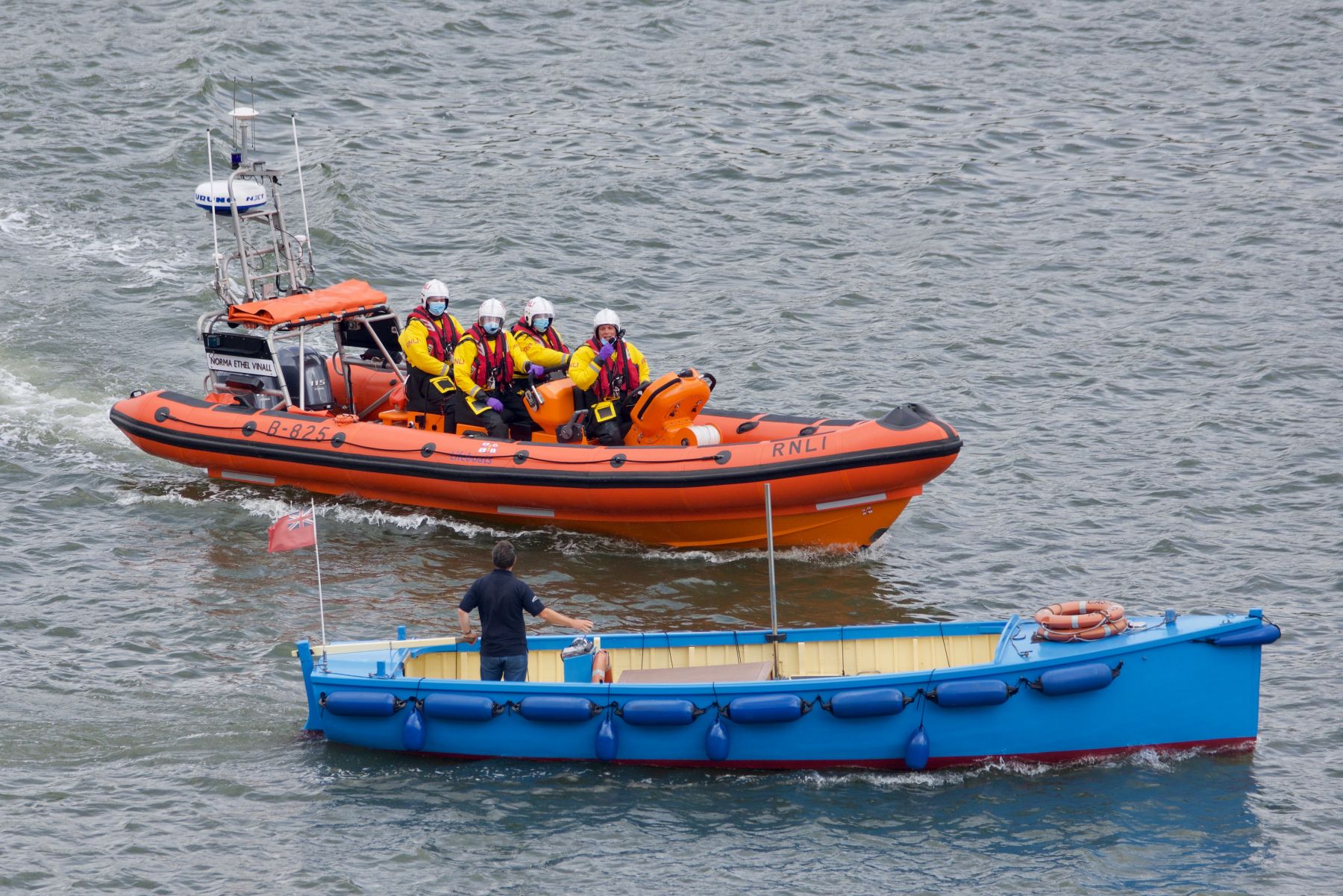 Photo: Andy Kyle/RNLI
Mark Strudwick LOM was delighted to see an Atlantic 85 at his station at last. 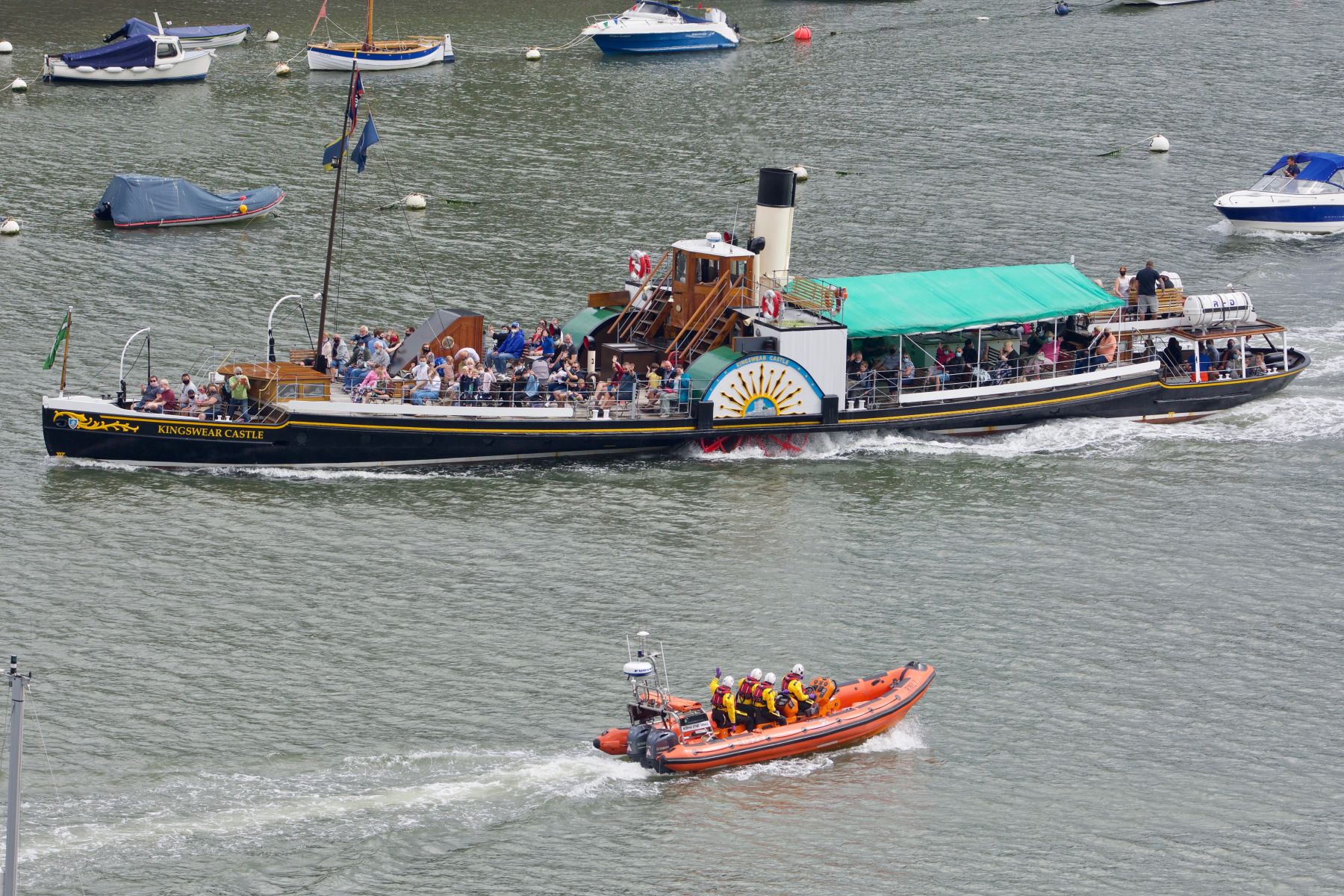 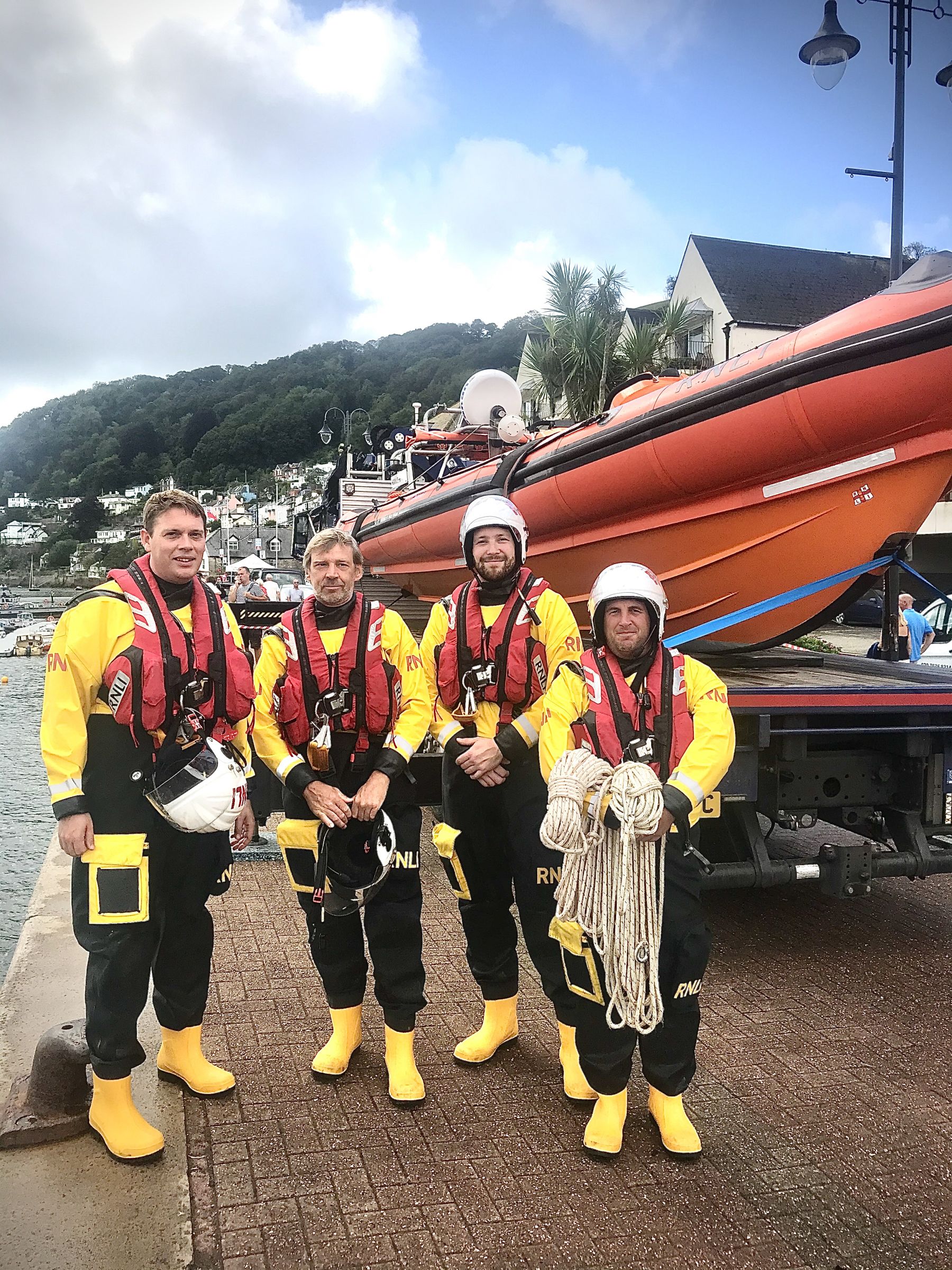 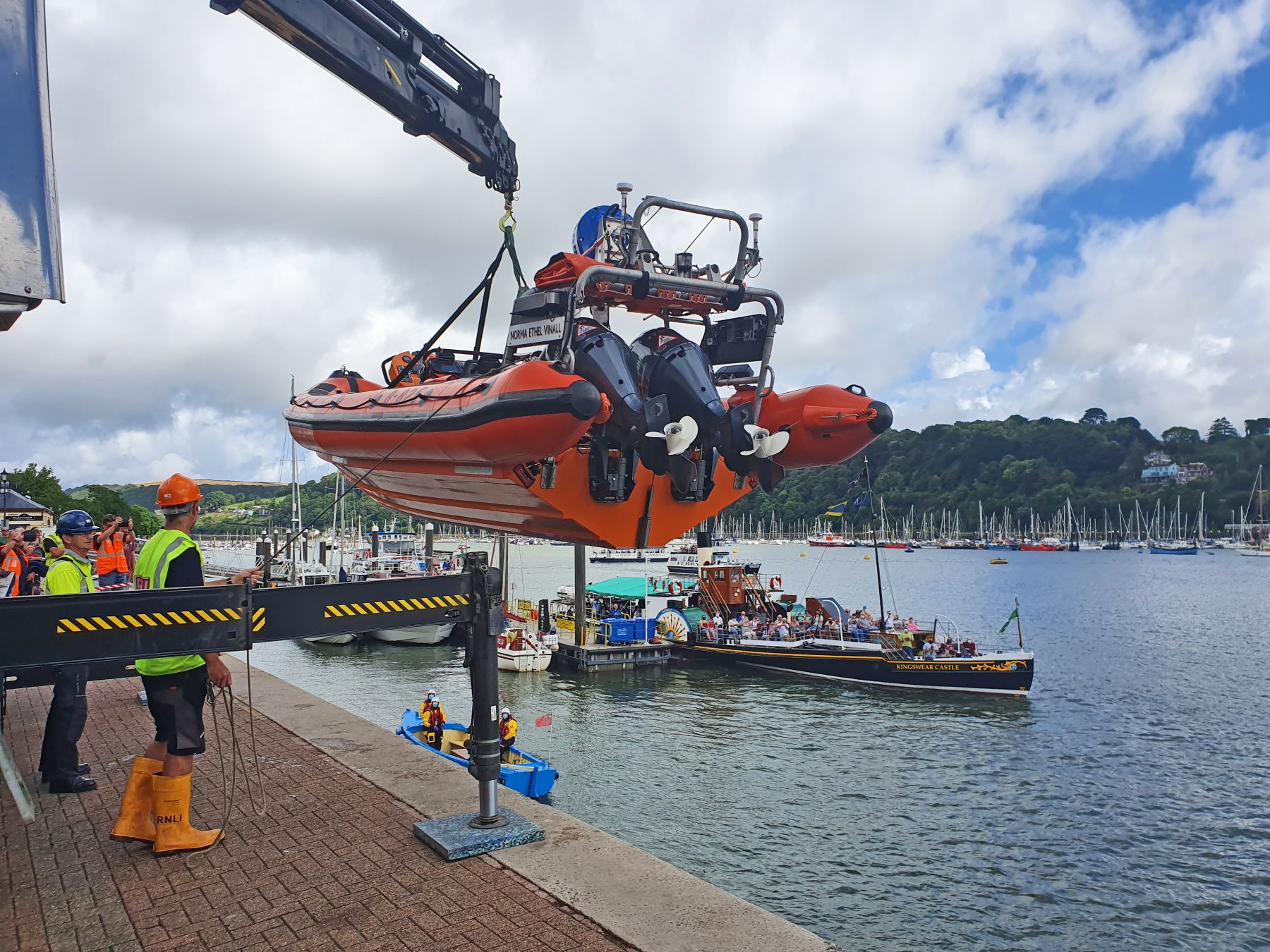