RNLI Dart was the 150th station whose crew were photographed for the project.

By visiting every RNLI Lifeboat Station in the UK and Republic of Ireland, Jack is creating an unprecedented archive, preserving a vital aspect of our island nation’s culture for future generations. The Project is the first time anyone has tried to create a complete photographic record of every single RNLI lifeboat crew, so it will have enormous historic significance. He uses a Victorian camera and glass slides to give an incredibly sharp picture.
RNLI Dart was the last station out of 238 to be photographed before the Corona virus lockdown.
Full details of the project can be found on https://lifeboatstationproject.com

Sunday 15th March was the turn of RNLI Dart to be photographed using Victorian photographic methods. We were station number 150 out of 238 to be visited in what is an amazing project and is taking up Jack Lowe’s life!

So why did it take so long to take four photos? Watching the process unfold it is evident that the method of creating a 12x12 inch glass plate photograph is exceptionally task focussed and time consuming. He is travelling around the coast in ‘Neena’ – a converted ambulance and mobile dark room. ‘Neena’ smells a little of the chemicals which are used in the developing process, and is perfectly set up to assist in the process from blank glass to a wonderful and incredibly sharp photograph. Firstly Jack set up the camera with the desired shot and briefed those involved. We were asked to look natural, not grimace, to lean against something so that we were not moving and enjoy the moment. He then had to tweak the camera again – checking it is level and the light requirements satisfactory, which was not easy on a cloudy, often rainy, day.

The photograph was taken by removing the lens cap from the front of the tripod mounted camera for about 5 seconds. He then took the frame back to ‘Neena’ and developed the photograph under the watchful gaze of the crew involved. 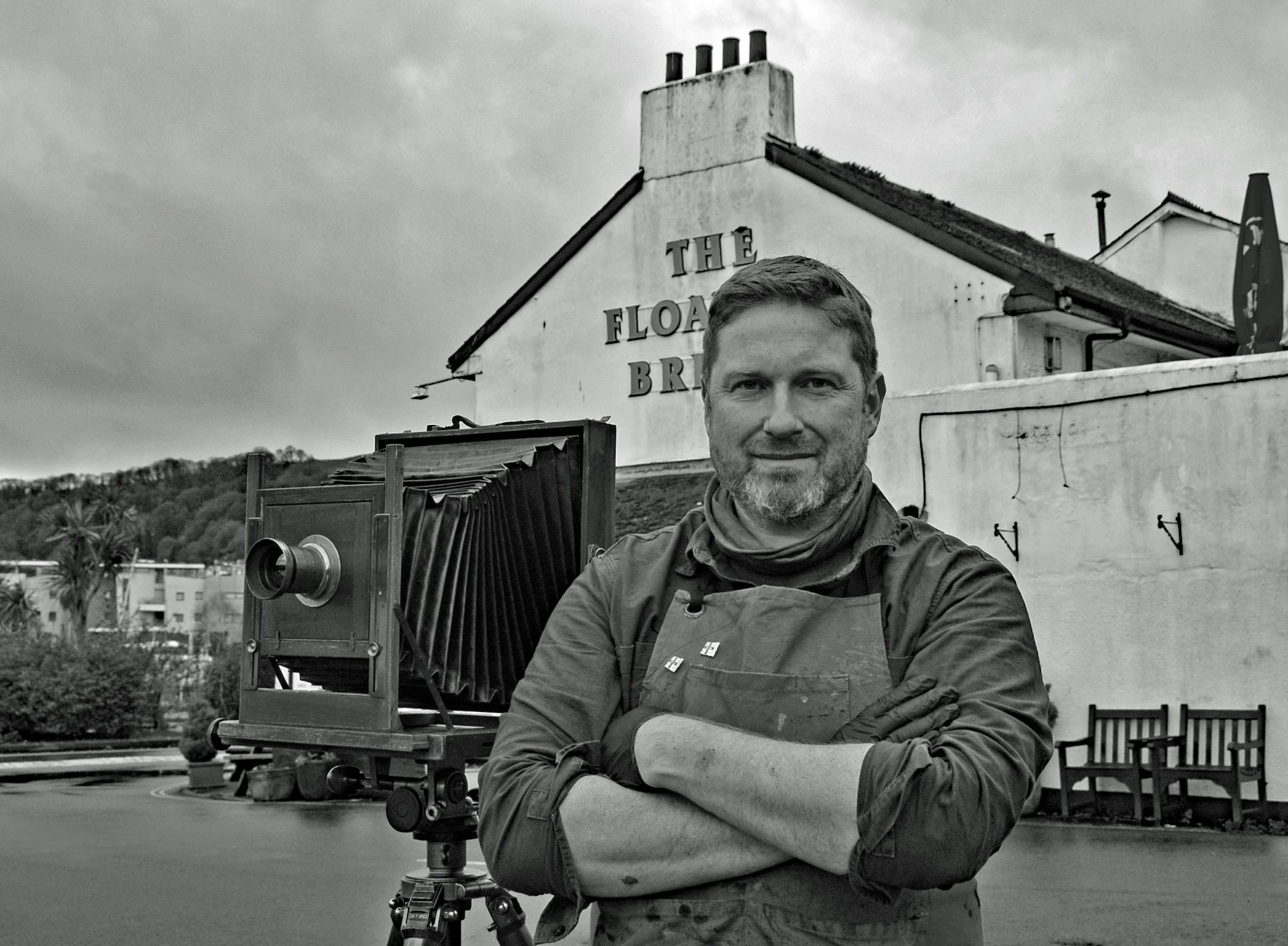 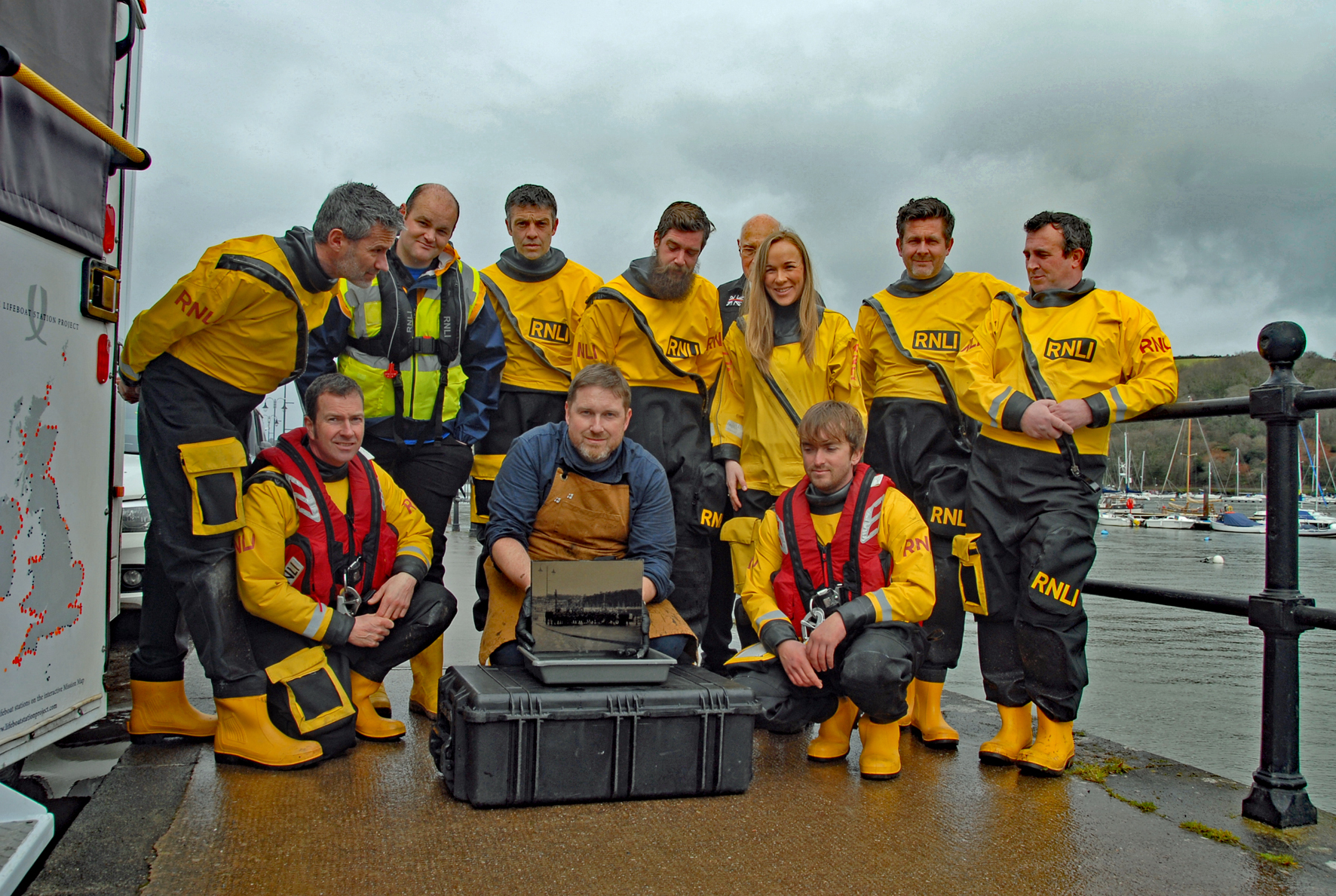 Photo: Jim Brown
Jack Lowe showing some of the Dart crew the picture on the glass slide.