On 4 Oct. 2019 David's work as Appeals Manager for the S.W. was recognised. Over 7 yrs. he raised over £6m for lifeboats & lifeboat stations including Dart.

The exceptional work carried out by David Hannah as RNLI Regional Appeals Manager for the South West was recognised at a ceremony at the Dart Lifeboat Station on Friday 4 October.
The presentation was made by the Chief Executive of the RNLI, Mark Dowie, before a large gathering of his ex-colleagues and grateful volunteers from the many stations he had guided to complete their appeals for new lifeboats and lifeboat stations.

‘The Chairman and Council of the Royal National Lifeboat Institution wish to record their sincere thanks to Colonel David Hannah OBE in recognition of the great success of the regional appeals for Lifeboats and Lifeboat Stations at Padstow, Exmouth, Dartmouth, Jersey, The Lizard and Looe, raising over £6m.

It was through David’s direction that each of the appeals generated such support from their local communities that not only built on the already strong volunteer contribution but surpassed all expectations.

David was instrumental in significantly raising local participation through his leadership and dedication, leaving a legacy of great pride in all the stations. 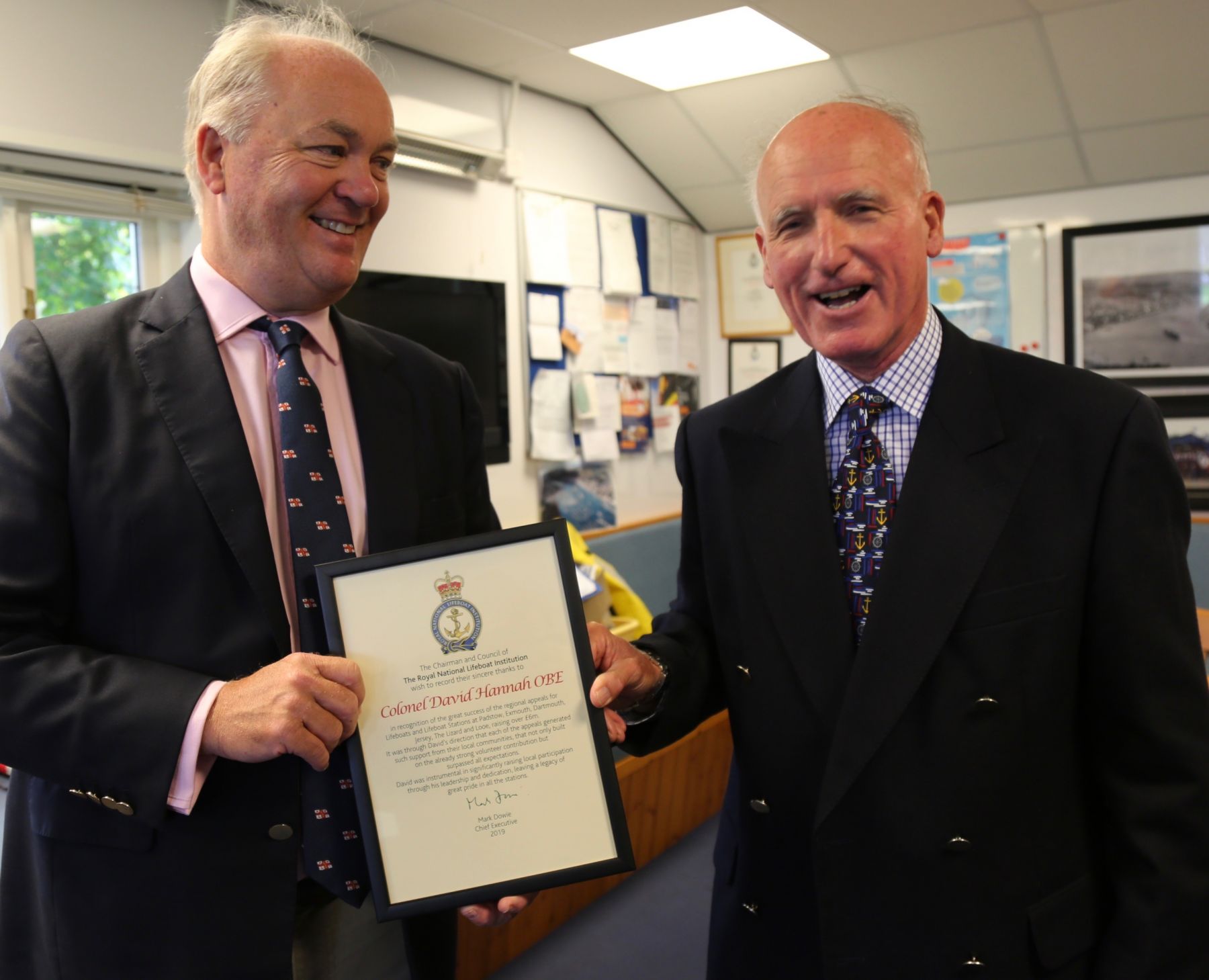 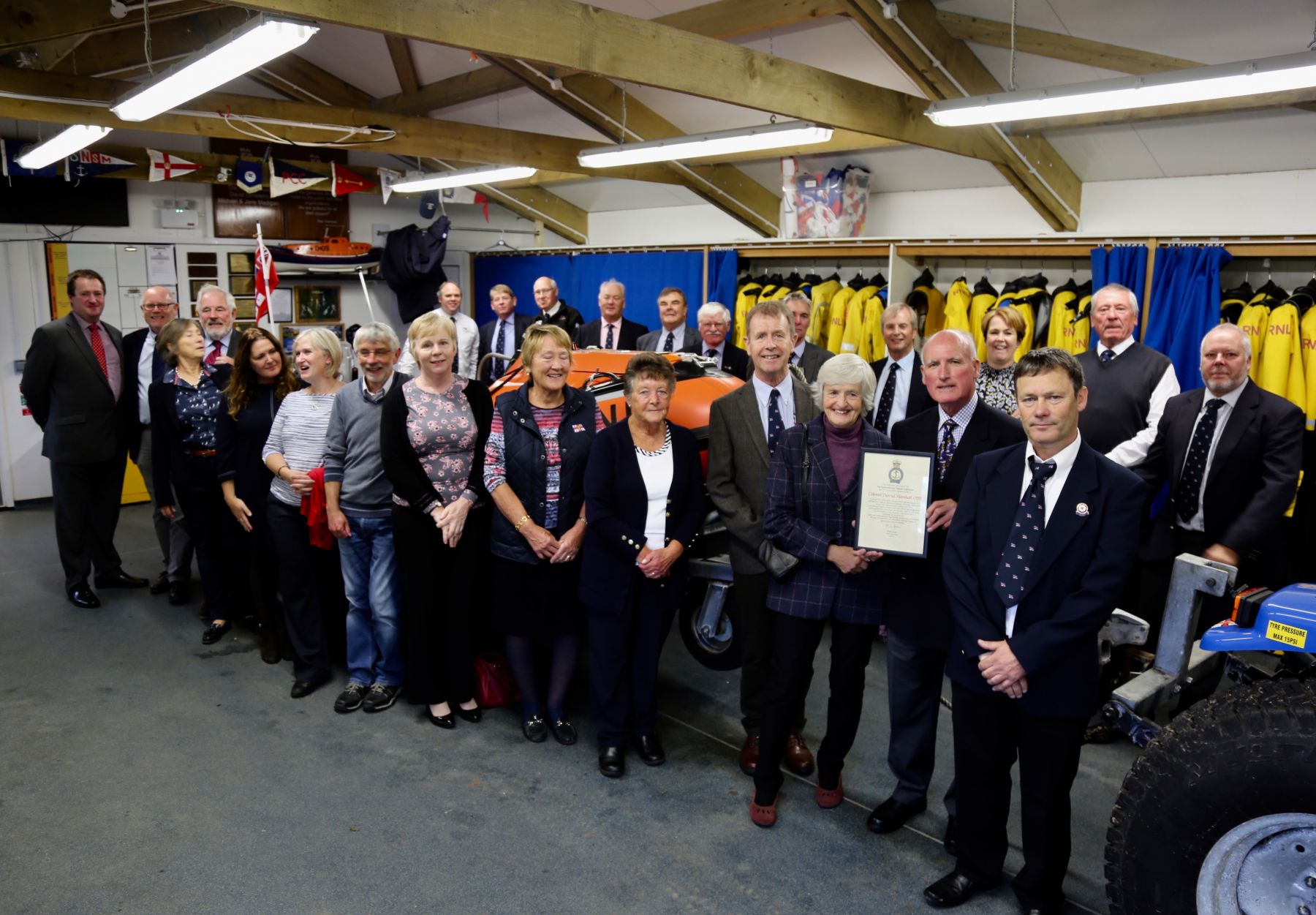 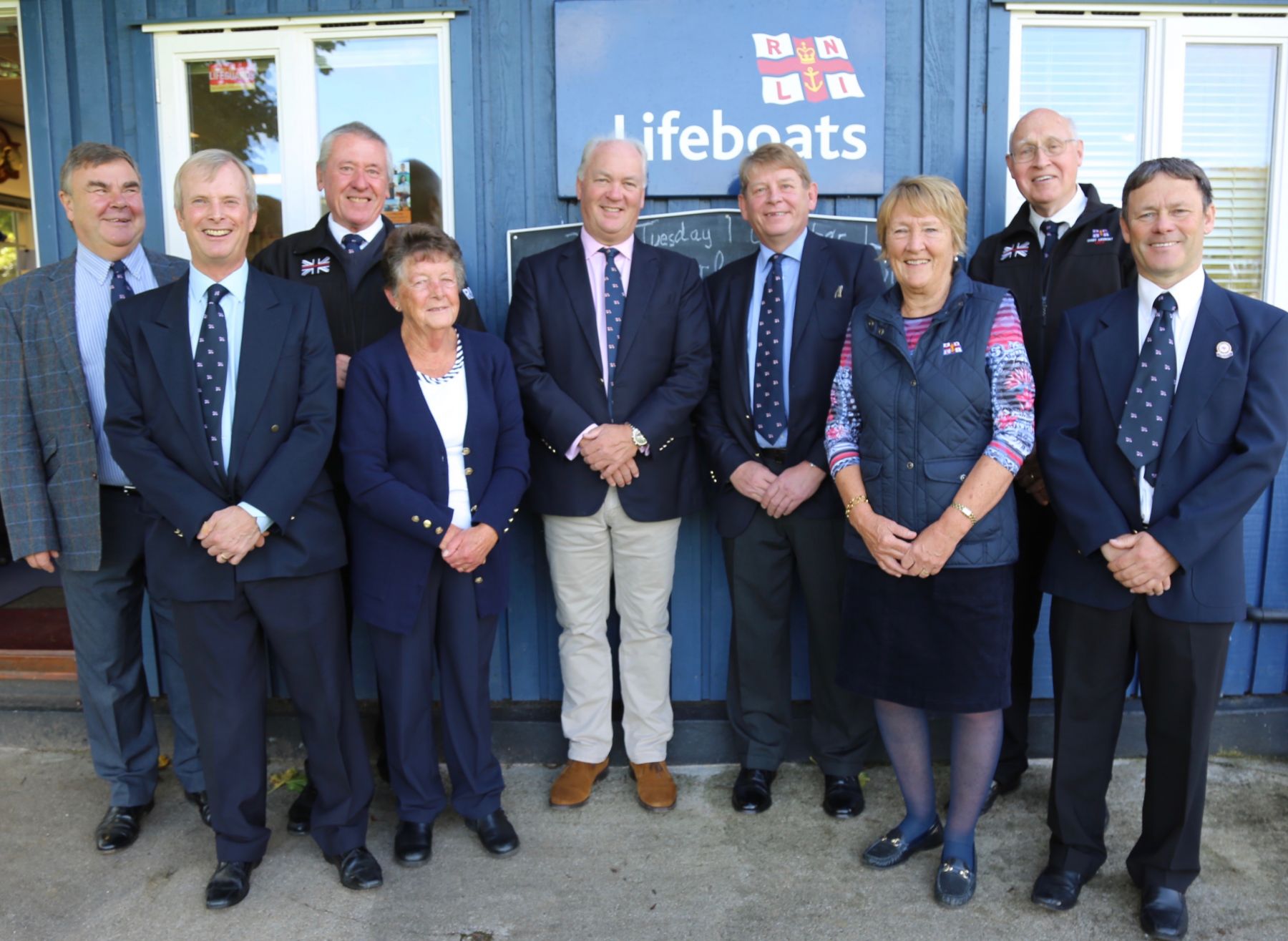 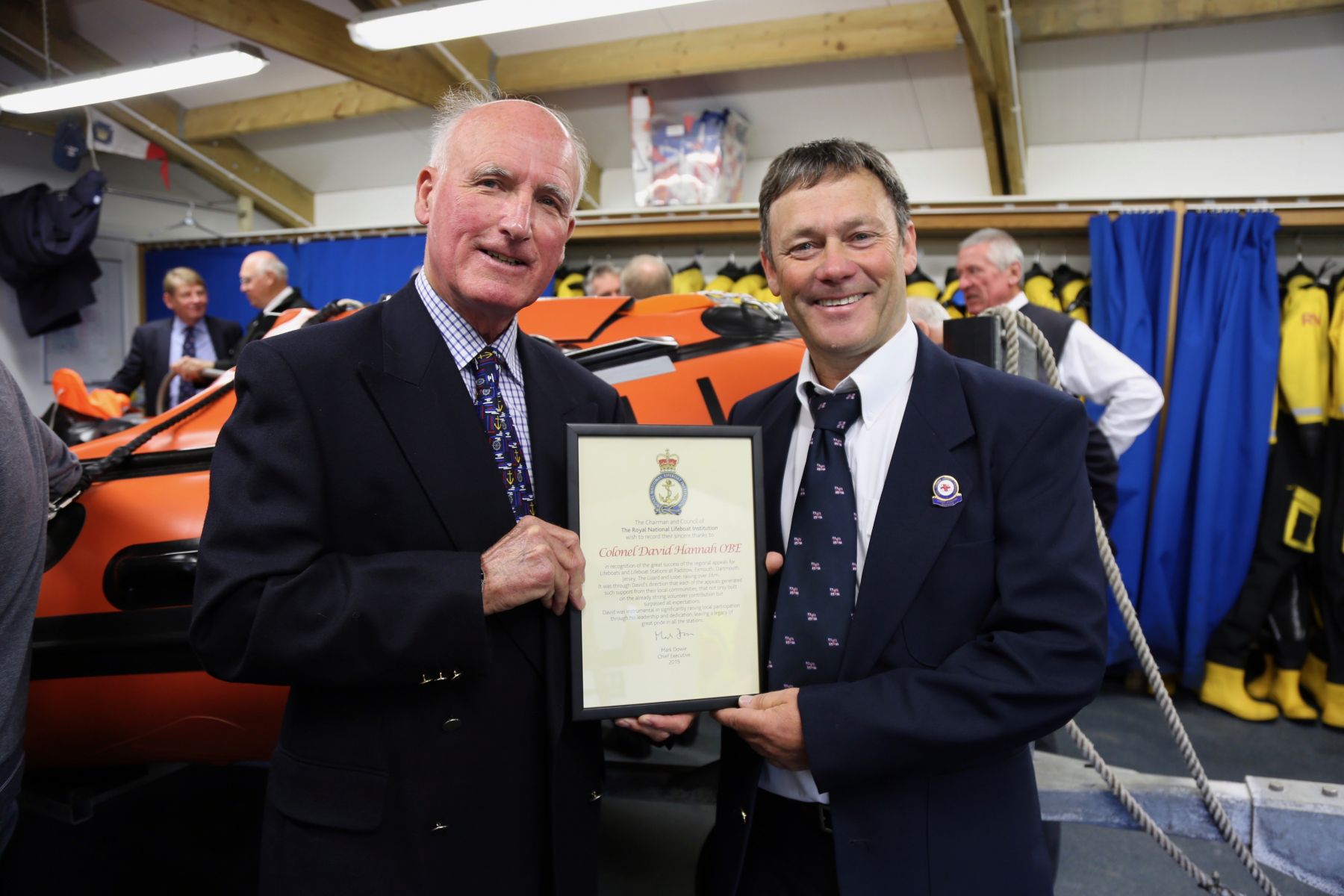