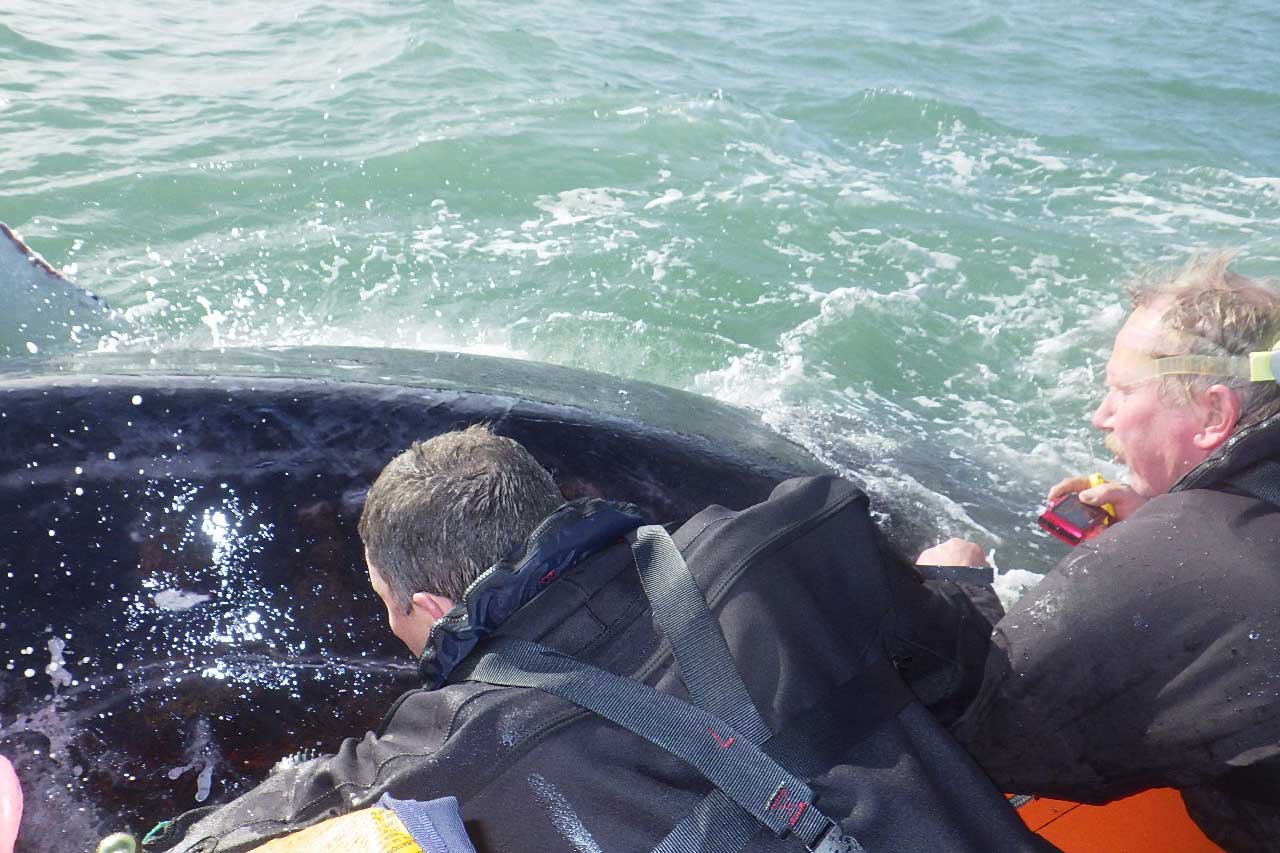 Many reports were received that a female Humpback Whale had become entangled in a string of whelk pots a quarter of a mile from Blackpool Sands. Dart Lifeboat self-launched to assist and provide safety cover for British Divers Marine Life Rescue who were attending the scene in an attempt to release it. Two divers were taken aboard the lifeboat and approached the 8 metre whale to assess the situation. The divers were assisted by two of the lifeboat crew who remained on the beach whilst the Dartmouth Coastguard SAR team provided a communication link. The lifeboat then returned to the beach to await the arrival of cutting gear. One diver was taken to the fishing boat and a further three divers were collected from the beach by lifeboat. An attempt was made to haul in the pot line in order to cut it. The whale went under the lifeboat and lifted it and then dived so the lifeboat retired back to the fishing boat. At all times when the lifeboat was close to the animal the engine was raised and stopped. The situation was reassessed and it was decided to move the cutting crew to the fishing boat. At this point the lifeboat crew of the Salcombe lifeboat was requested to launch to provide safety cover. When the Salcombe ALB arrived two Salcombe crew members and one of the Dart lifeboat crew went onto the fishing boat to assist the cutting team to haul more of the lines in to bring the tail of the whale up to the surface. This was successful, the line was cut and the whale rejoined its calf before swimming off at speed. The whale weighed approximately 15 tons.