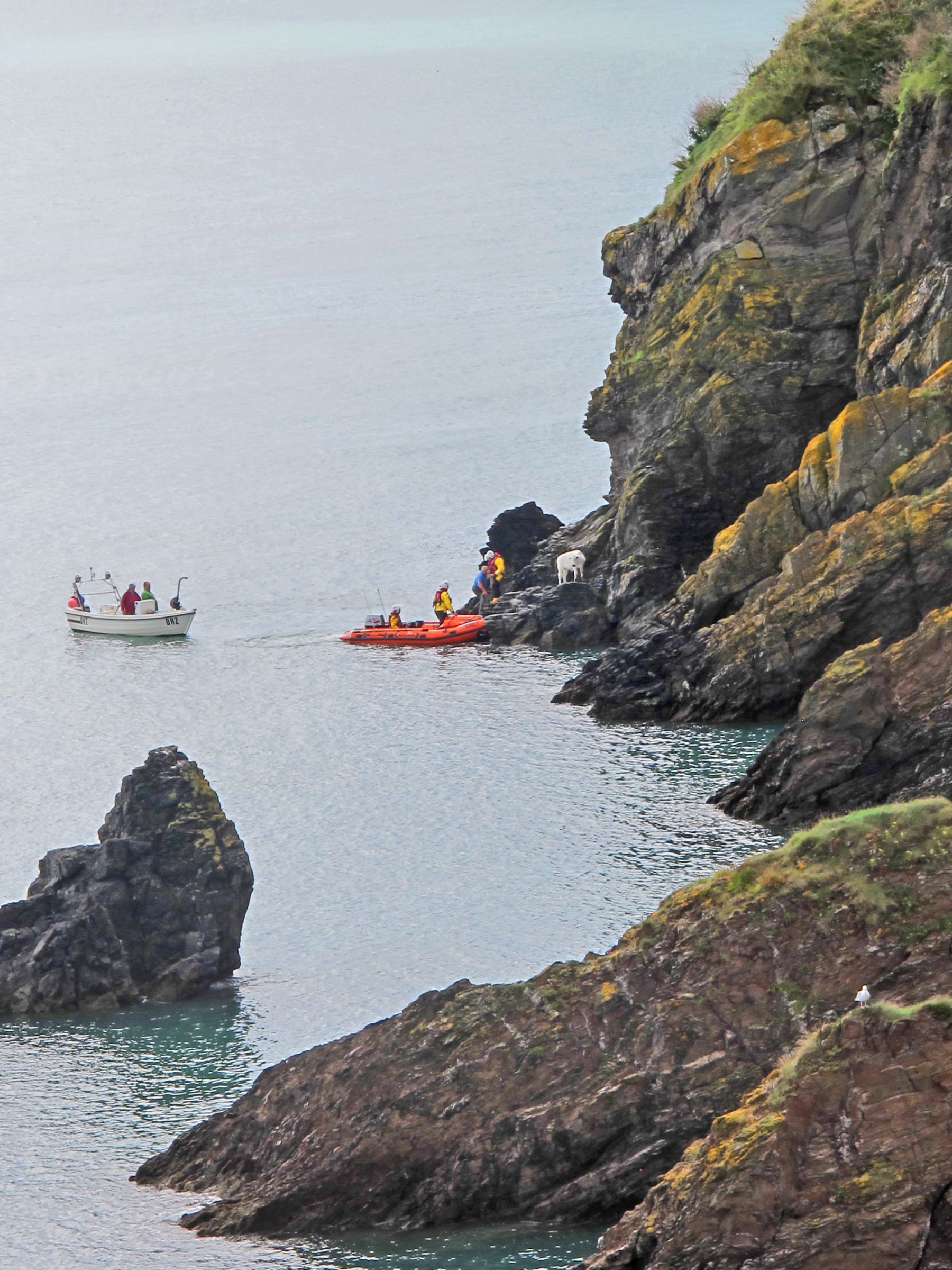 Photo: John Fenton RNLI Dart Lifeboat Press Officer
The steer being coaxed into the sea for the swim to Compass Cove

Members of the RNLI Dart inshore lifeboat team were all receiving calls on Wednesday morning about a calf in the sea. Two local fishermen on the Emily Grace, Steve Parker and Anthony Green, were on their way out from Dartmouth when they saw that a six month old British White steer had fallen some 20 metres from the cliffs into the sea, west of Compass Cove. The animal then scrambled back onto a ledge at the foot of the cliffs. The Deputy Launch Authority carried out a Crew Assemble and the lifeboat was self-launched. Once the lifeboat had arrived Farmer Norman Easley climbed onto the ledge to attach a rope to the steer which was having none of it and dived back into the sea. The animal then tried to escape into a small cave where it became wedged, head down. Chris Tracey, lifeboat crewman dived into the sea and with the help of the other lifeboat crew pulled it from the cave. Chris guided it alongside the fishing boat where the steer was secured by Farmer Easley. The steer then swam alongside the boat the 200 metres to the cove. The reluctant steer was then encouraged by Farmer Easley along with Kevin Murphy and Chris Tracey from the lifeboat crew, up the very steep wooden steps from the beach. They also remained to assist the farmer, along with Steve Donohue from the RSPCA and the Dartmouth Coastguard Search and Rescue team, to move a second steer back from the cliff top undergrowth onto safer ground. As the cove is skirted by the South West Coastal path the rescues were watched by numerous members of the public. 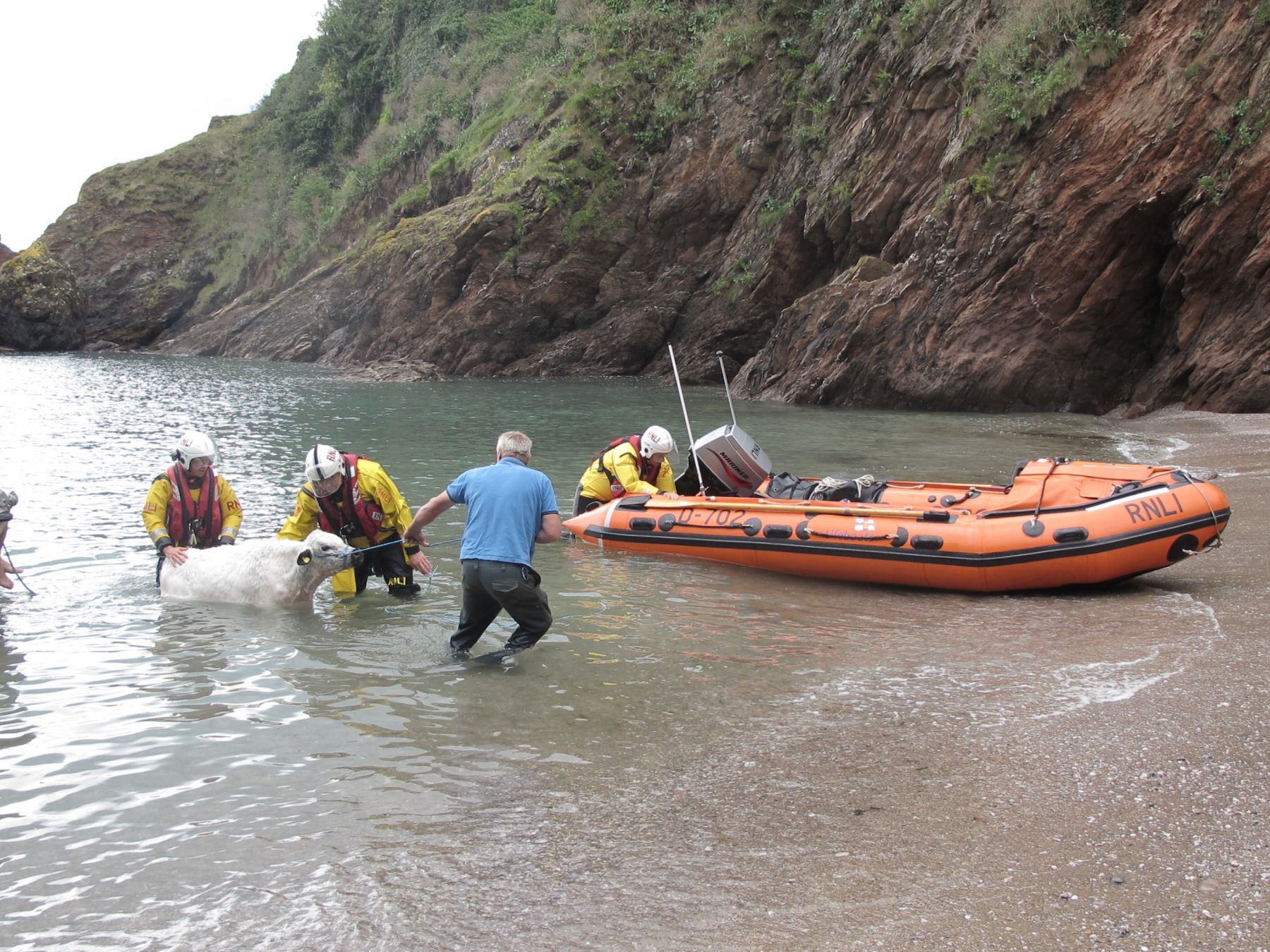 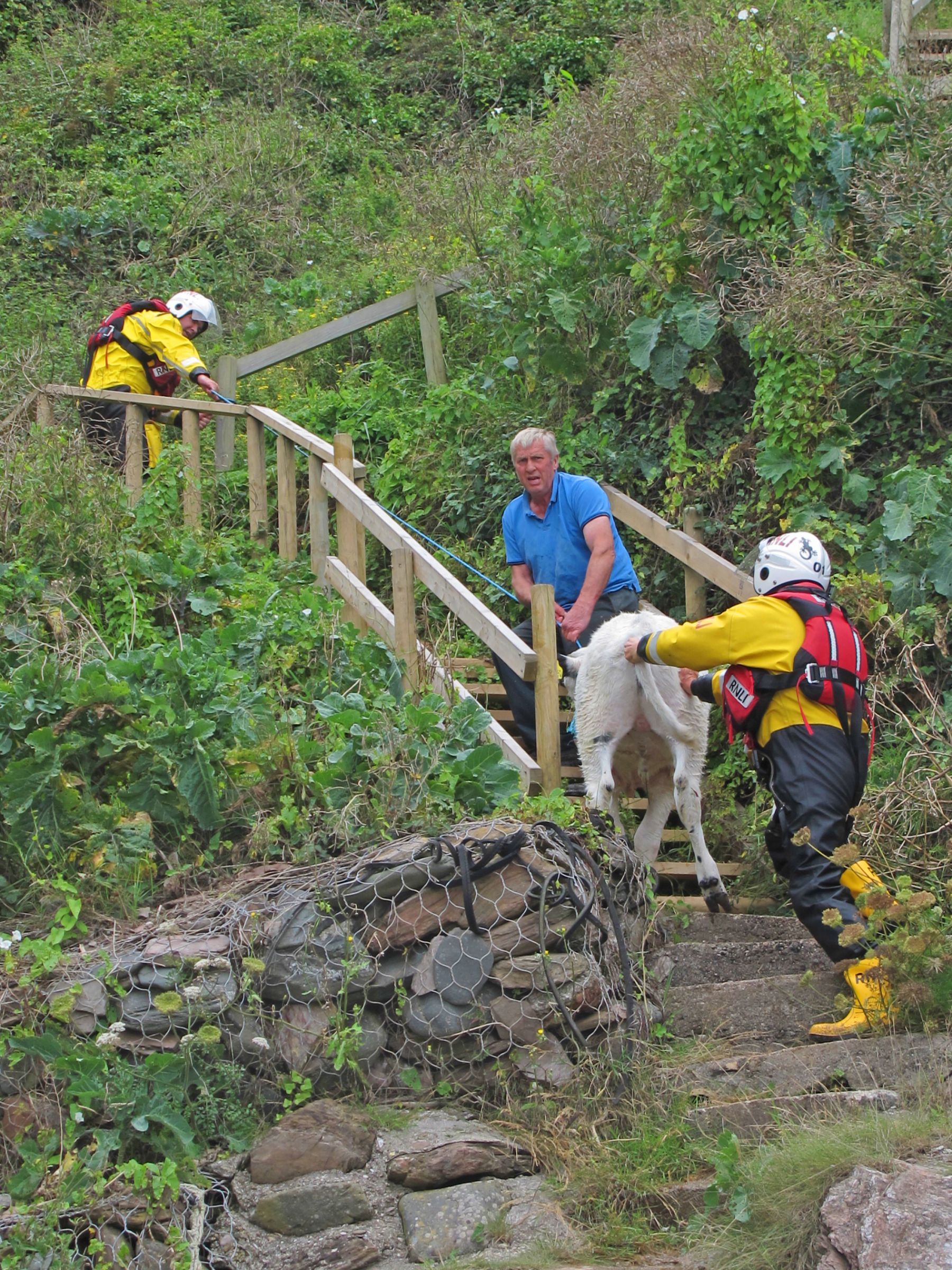