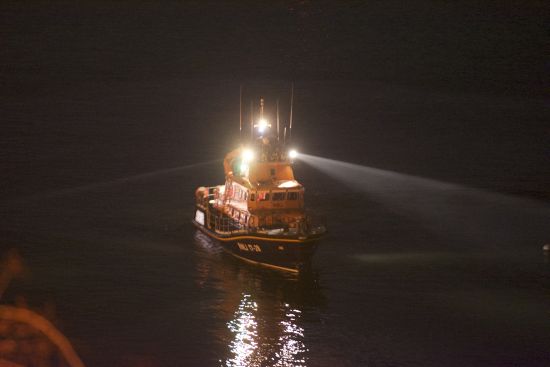 The Falmouth Coastguard was alerted by the public of their concerns for a person who lived on a boat in the harbour and was overdue for work. The RNLI Dart D class lifeboat was launched and was joined by the RNLI Dart Atlantic 75, the Coastguard SAR teams from Dartmouth, Prawle and Berry Head, the Coastguard rescue helicopter 187 and the RNLI Severn class lifeboat from Torbay. Rescue 187 arrived on scene at 16.32 and the Torbay lifeboat launched at 17.15 to assist.
The Dart lifeboats searched Dartmouth Harbour, the River Dart up to Dittisham and out into the range. The empty dinghy belonging to the missing person was found adrift in the harbour at 16.30. Torbay lifeboat searched Dartmouth harbour and then upstream to the Anchor Stone. The lifeboats were stood down around 22.00 after an unsuccessful search.