Dart RNLI will host a garage sale to raise funds for the charity. The event will take place from 10am on Saturday 16 October from a location behind Dartmouth Higher Ferry

The sale will feature the contents of a property on Sandquay Road which was recently acquired by the RNLI and will include, a selection of antique and period furniture, white goods, eclectic books, and variety of other household and other donated items.

The RNLI have taken ownership of the former home on Sandquay Road and will begin work to carrying out the necessary site investigations and surveys on the 4 October. The long-term aim is to apply for planning permission to develop the building into a permanent lifeboat station for the town to replace the current facility in Coronation Park.

It’s been a busy summer for the volunteer lifeboat crew in Dart, who now operate two lifeboats, a new D Class inshore lifeboat and larger and more powerful B class Atlantic 85 lifeboat. Both lifeboats can operate in the Dart Estuary all the way up to Totnes and out to sea, covering an area seaward from Berry Head to Start Point.

‘Our volunteer lifeboat crew have launched 30 times over the course of what has been an extremely busy summer for the whole of Dartmouth, with an influx of visitors. The shouts have ranged from windsurfers, swimmers and kayakers in difficulty, walkers cut off by tide, fire on a vessel, medical evacuations and vessels broken down and drifting onto rocks.
We’re extremely grateful to the previous owners of the new property for the donation of the contents of their former home, we’d love to see some of the well-loved pieces find new families, and in the process raise some money to train and equip our volunteer lifeboat crew.’

For more information on the RNLI please visit rnli.org. News releases and other media resources, including RSS feeds, downloadable photos and video, are available at the RNLI News Centre rnli.org/news-and-media.

Key facts about the RNLI

The RNLI operates 238 lifeboat stations in the UK and Ireland and has more than 240 lifeguard units on beaches around the UK. The RNLI is independent of Coastguard and government and depends on voluntary donations and legacies to maintain its rescue service. Since the RNLI was founded in 1824 its lifeboat crews and lifeguards have saved over 143,100 lives. 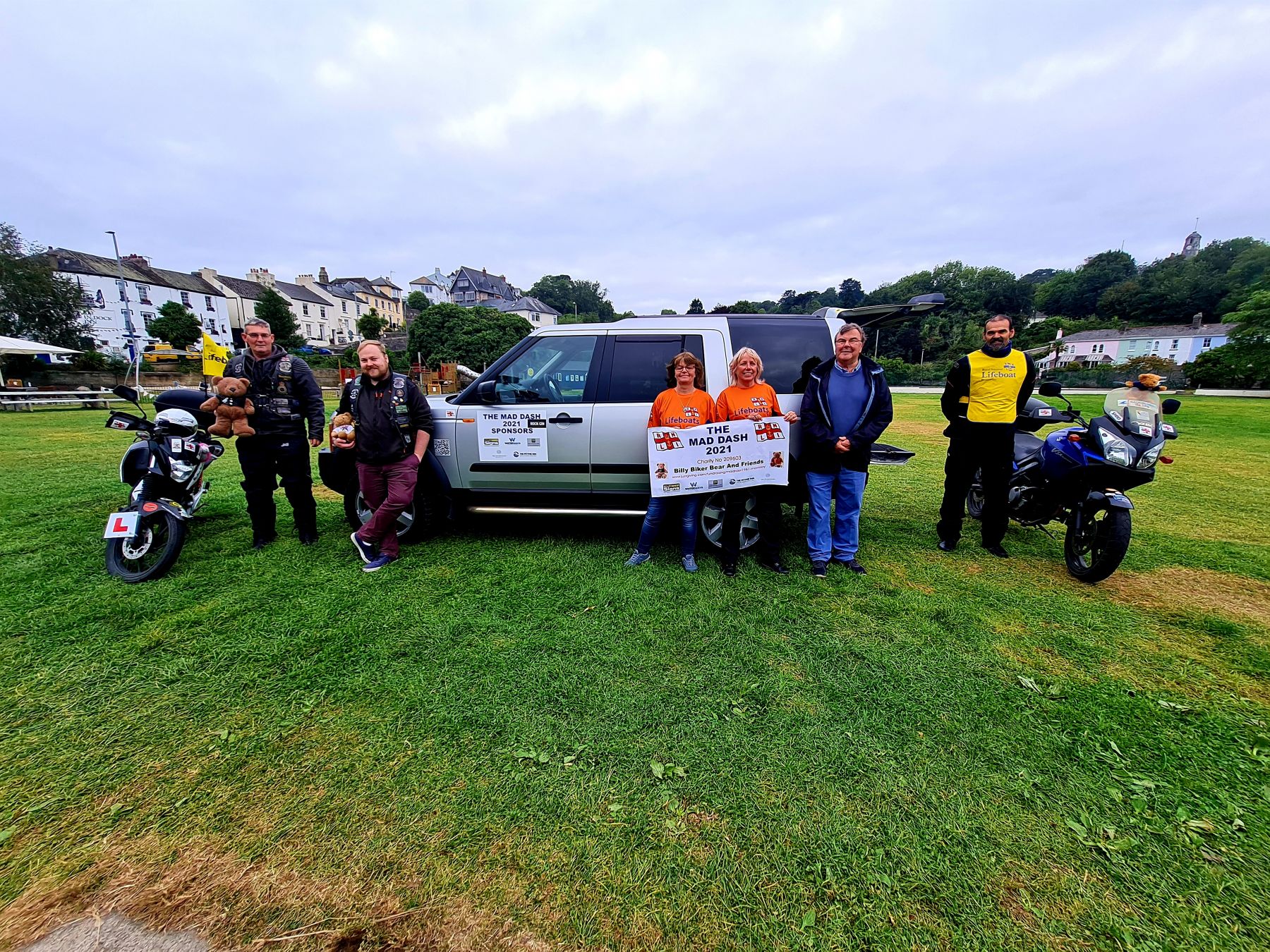 Photo: Sophie Rennie
Ready for the off

Stuart Morrissey aka Mad Rider 1961 is well known to the RNLI. In 2005 he raised just short of £4000 for Padstow RNLI to support the new build of their lifeboat station. This time he has set off with his entourage of Paul Brady, Mike Herron and Yvonne Morrissey to visit all the South West Lifeboat stations starting from Dartmouth and finishing at Brixham on Sunday. Being keen fishermen and kayakers, they want to help raise some much needed funds for the volunteer lifeboat crews who work so hard to try to keep everyone safe. 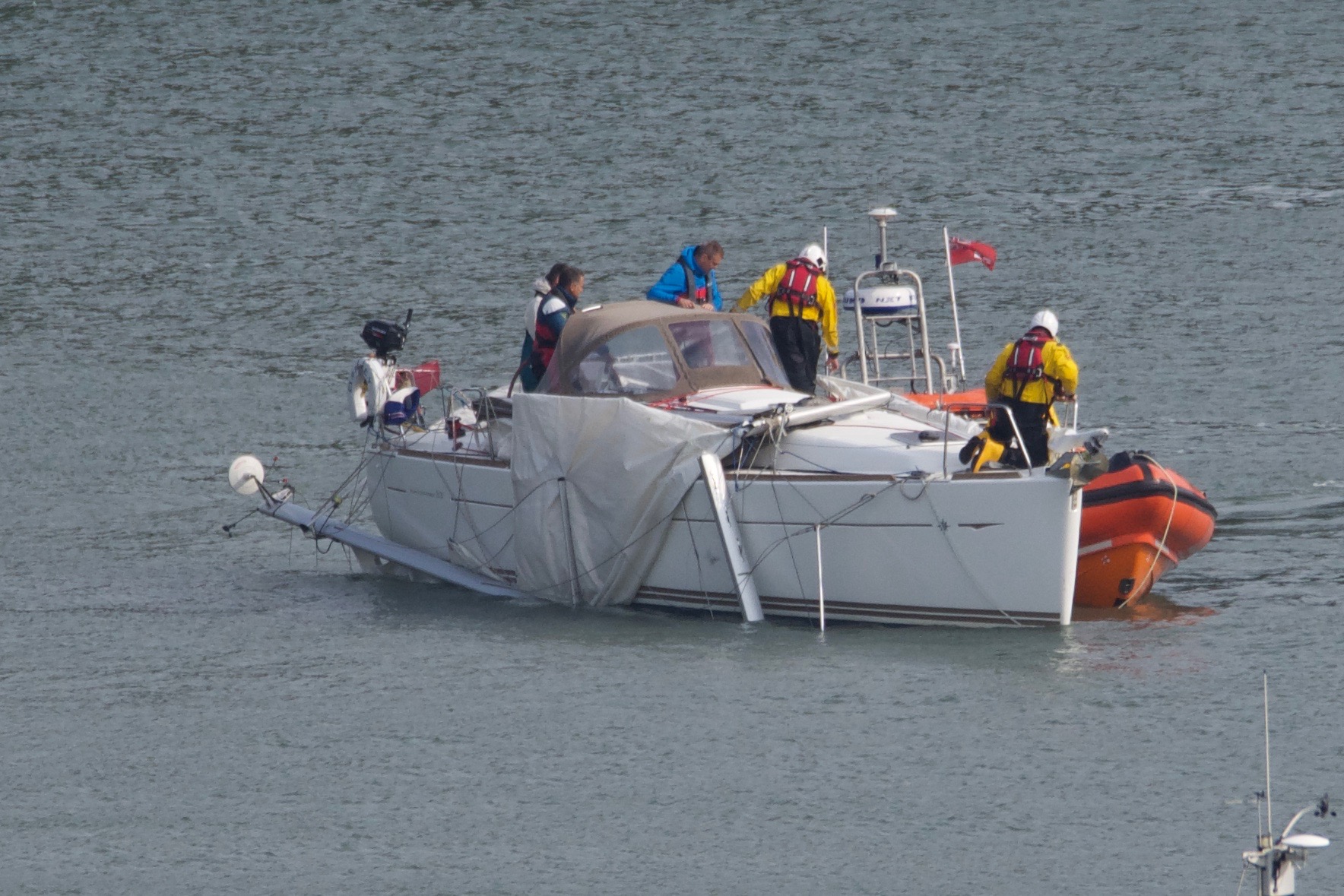 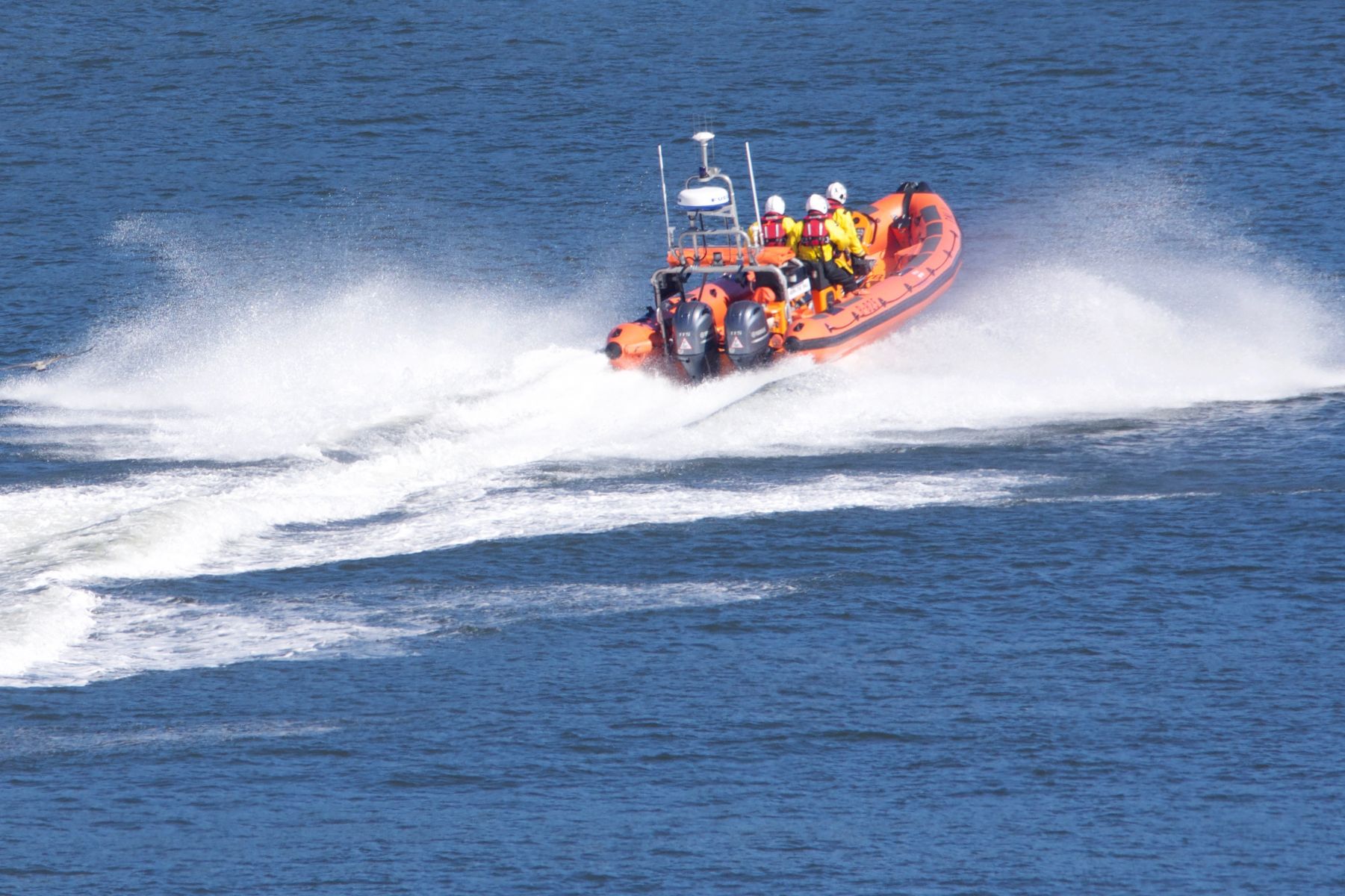 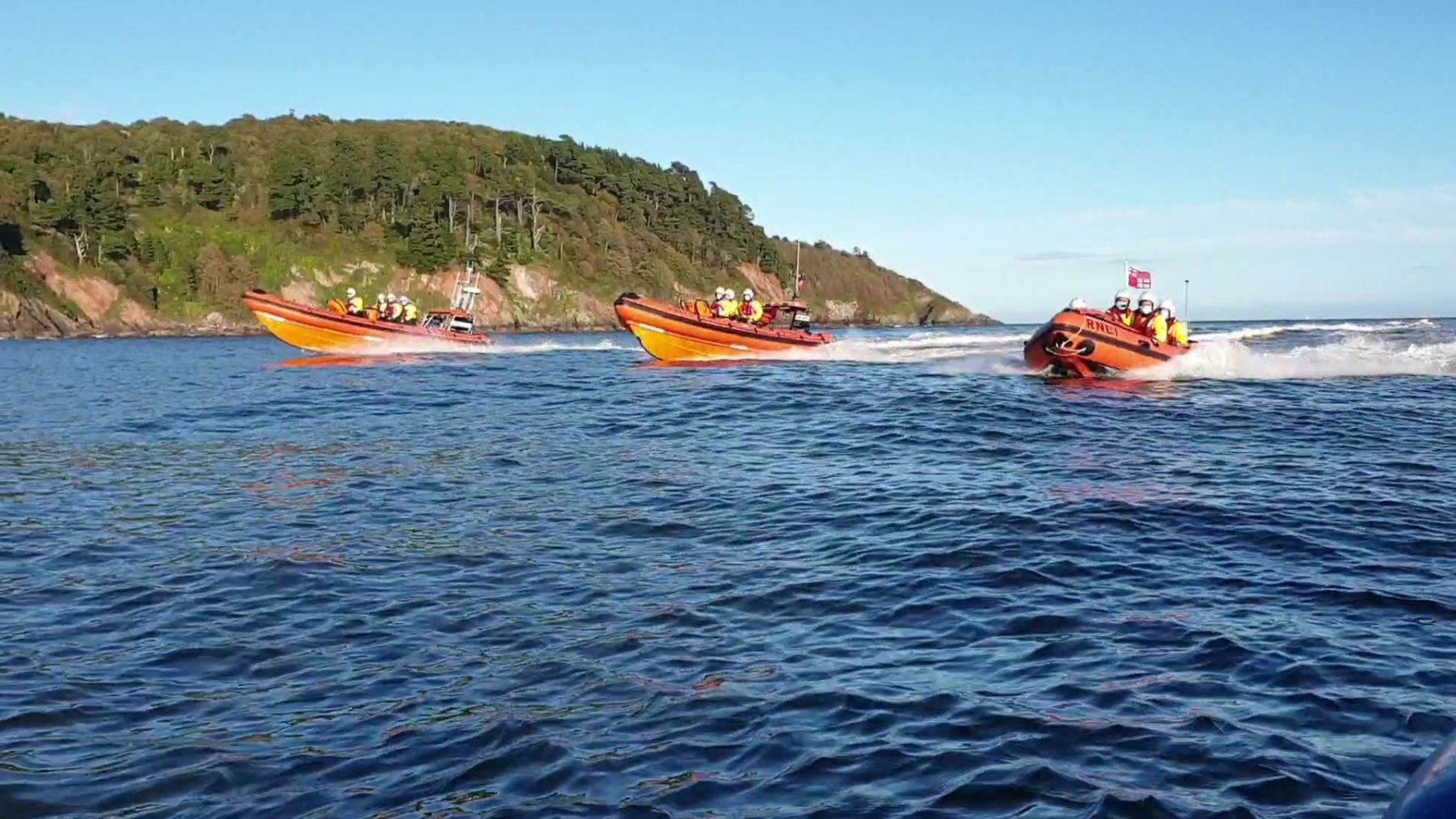 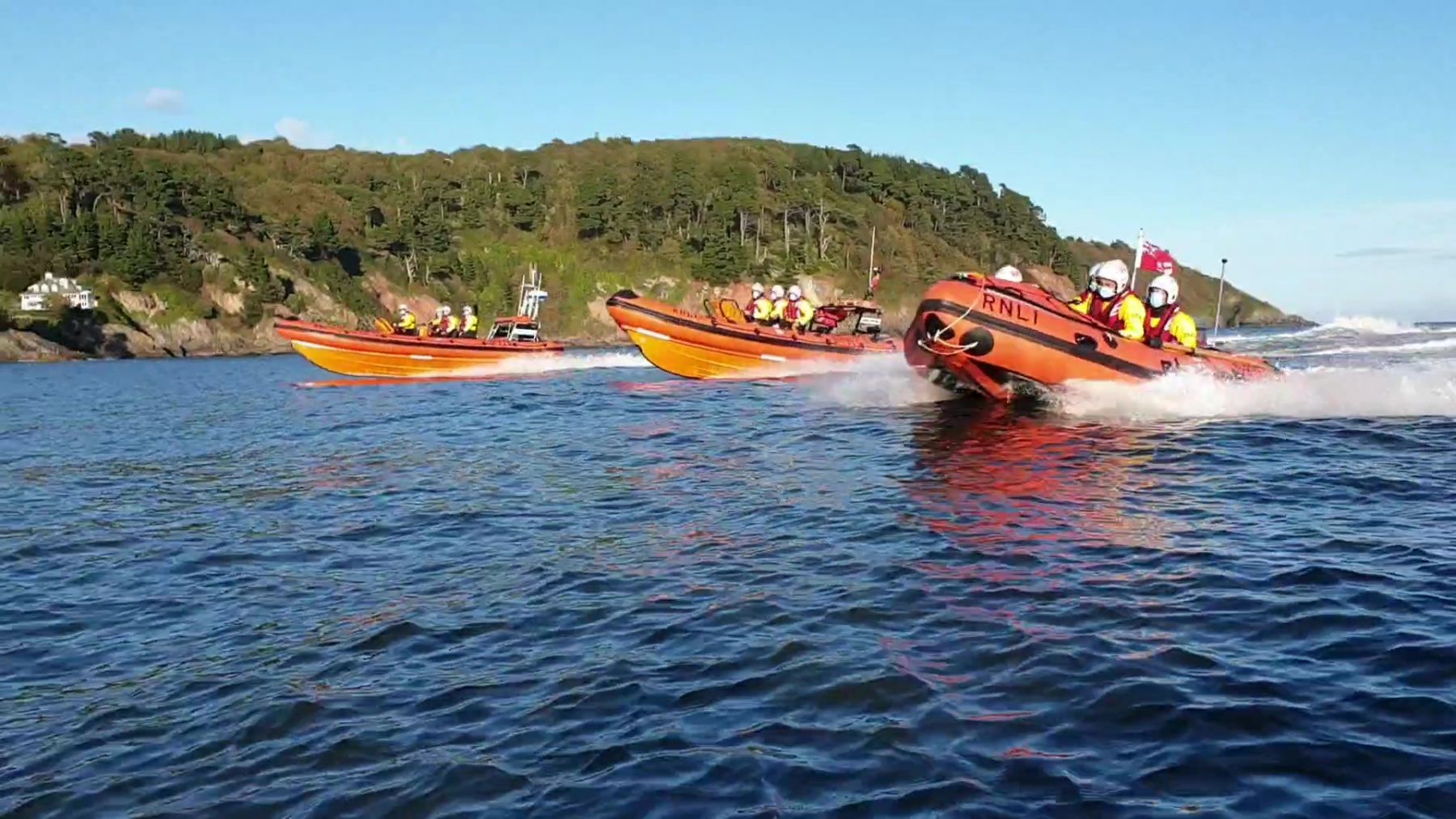 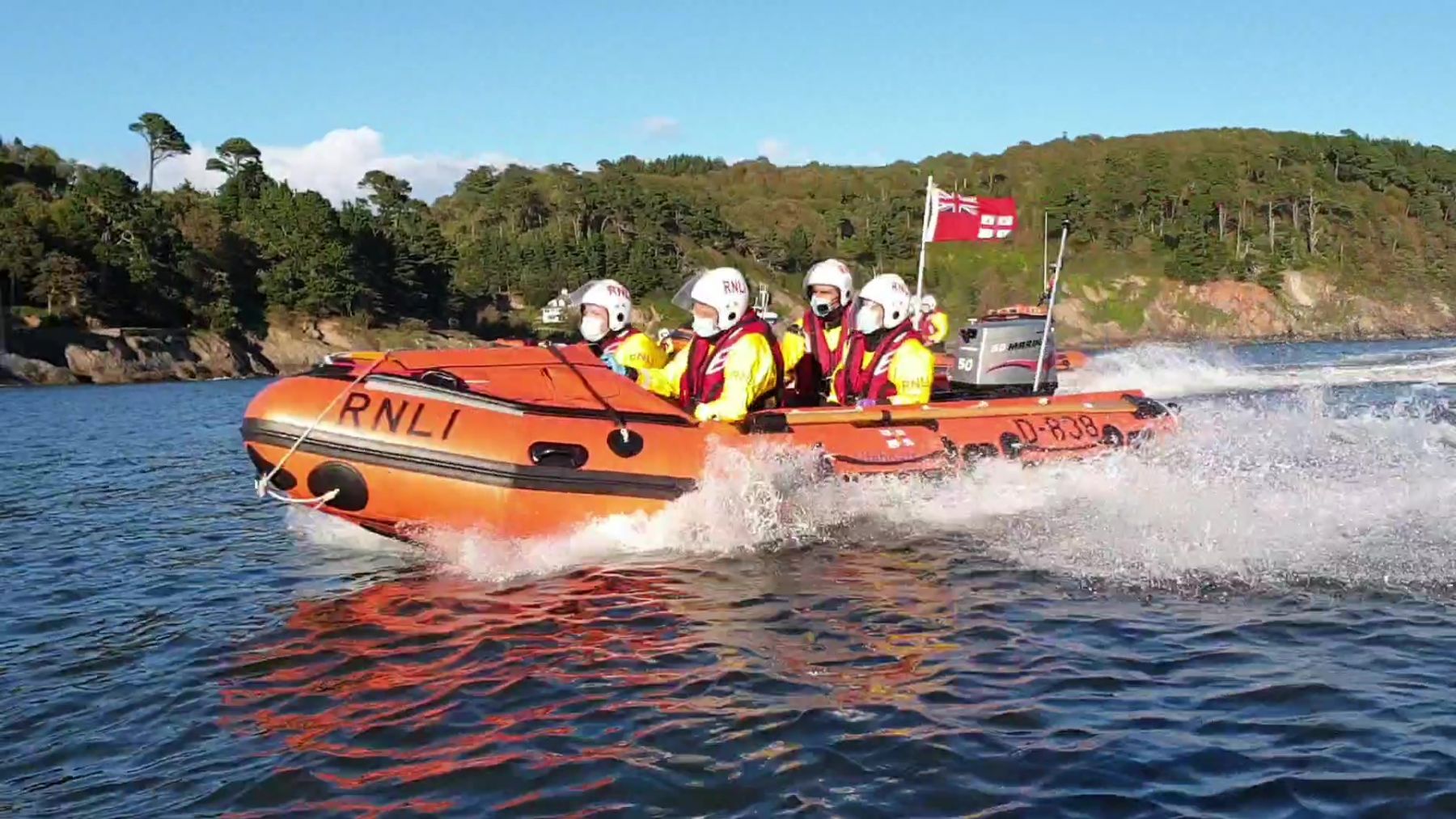